This week's "Beyond the Boundary" asks, "Should field settings be displayed for viewers at home?". 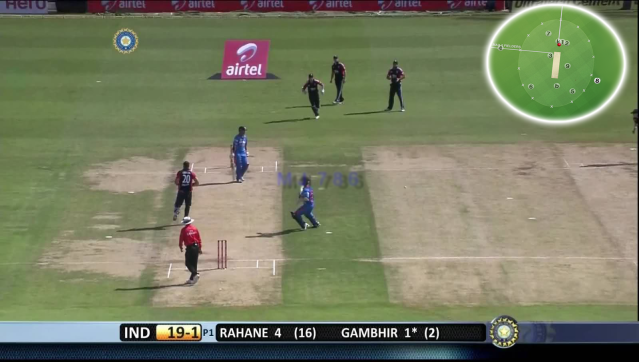 There's two sides when it comes to cricket. One that wants to preserve the 'beauty' of their game, this group usually consists of those who oppose T20/IPL etc. Then there is the other side, ardent supporters of the direction in which cricket seems to be headed. I don't belong in the former, nor the latter; I believe there must be a balance. I don't oppose the occasional test match; but also have a firm belief that cricket is being held back by the excess of conservative leadership on the boards & international cricket council.

Cricket is in desperate need of innovation, it needs to get with the time, we need to make some monumental changes, and welcome some minor additions in order to make the sport more appealing to viewers outside the closely knit communities we see today.

The sport is quite concentrated, in that its either the most popular sport in the country (India/Pakistan/Australia etc.), or its non-existent, as is the case in the greater part of the world (USA, Canada etc.)

This thread revolves around a simple addition that I believe cricket desperately needs. As with any other sport, there are a plethora of players involved; yet, our broadcasts on television seem to focus primarily on the batsman and the bowler. Cricket is not that simplistic, we often miss out on the beauty of the game (which lies in strategy). We only see 3-5 players out of a total of 13 on the field. To know where the rest are positioned, we rely too deeply on the commentators, who rarely comment on the field placement.

Let me illustrate a scenario.

Shahid Afridi steps to the crease, about to face the first ball. Tsotsobe begins his run-up, delivers a full-ish length delivery in line with the off stump; Afridi charges down the pitch and slogs the ball straight down the ground. The ball goes up in the air, and the camera-man is trying desperately to find it.

At this moment in time, as the viewer, we're very removed from the reality of the match; while everyone watching the game in the stadium knows exactly what's going on, we as viewers on television, don't know whether the ball has got the distance to be a six or it has been hit straight up in the air. We don't know whether there is a fielder close to where the ball is projected to land or not; in this situation we must rely heavily on commentators who rarely give an adequate description.

In any other sport, the difference in terms of awareness, between the broadcast and those who are in the stadium is very minimal.

Some more food for thought; as a viewer, how do you judge a captain's ability? It would usually be through his strategic field placing (and his leadership). I remember a beautifully executed 'play' Mohammed Amir ran against Dilshan in the T20 world cup, where he dismissed him after 3 cleverly placed balls. The viewer was completely lost and didn't know what was going on until 2 minutes after it happened. 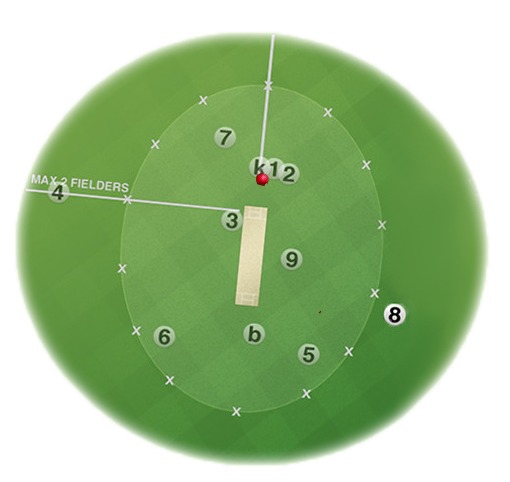 In my opinion, it solves both problems that were outlined earlier, the viewer gets to monitor the movements in the field as they occur.


How much more interactive and appealing would the sport become if the viewer could actually analyse the tactics of the fielding squad;
somewhat the same way as how a batsman analyses the situation and tries to play shots accordingly.

This would engage the viewer the way he's supposed to be engaged, and the way he's engaged in every other sport; where half the excitement is analysing the strategy behind the game.

I'm sure this can be easily achieved, we already have projections when it comes to analysing lbw's, we should easily be able to place tiny transmitters on all the fielders & the ball in order to enhance the experience.

The only question is.. Why hasn't it been done already?

Cricket is a sport that evolves very slowly, but I hope that this idea gets across to those who are responsible for broadcasts. This is a must for any world cup or major tournament, and I don't think it would be overly expensive.