This week's "Beyond the Boundary" asks, "Will any result besides an appearance in the Champions Trophy Final be acceptable?". 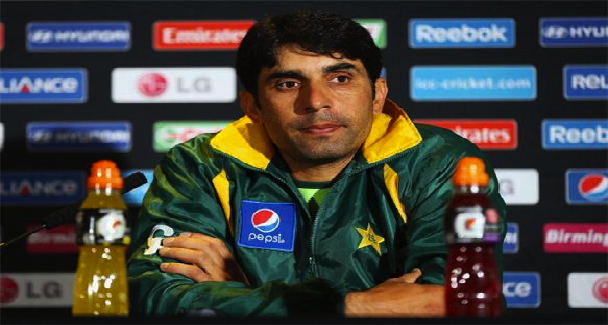 With the Indian Premier League wrapped up and with Pakistan having gone through their preparations by touring Scotland and Ireland, fans have turned their attention to the ICC Champions Trophy, which is less than three days away now. They're checking the dates of their nation’s matches, debating the playing XI, and trying to assess the chances their favourite team will finish on top. What expectations should Pakistan cricket fans hold for Misbah-ul-Haq and company? Well, let’s look at the past and see how they have performed. Ironically, for a team that has been labelled as inconsistent, Pakistan is the only nation to finish in the top four of every ICC tournament since the 2007 World Cup.

That fact sounds great, but, it is the last four tournaments that stand out since Pakistan cricket fans hold the “What have you done for me recently?” mentality as well as any. So what gives with the four consecutive semi-final knockouts? Has Pakistan been punching above their weight or have they “choked” when it came to the next round? Should they be lauded for their consistency in their top four finishes or should they be questioned on why they’ve hit a wall the past couple of years? Should any exit before the final be considered a failure?

Then again, perhaps we shouldn’t look at past finishes at all and instead hold realistic expectations for the squad that has been selected. Misbah-ul-Haq will be captaining in his first ICC event, five of the 15-player squad (Junaid Khan, Mohammad Irfan, Asad Ali, Umar Amin, Ehsan Adil) have never played in an ICC tournament, and four others (Imran Farhat, Nasir Jamshed, Asad Shafiq, Wahab Riaz) have only played in one each. That’s four ICC event appearances between nine of the fifteen players. Is “big match” experience over-rated or do we consider that factor when developing realistic expectations?

What other areas should we examine? Are the thoughts of swinging conditions and English pitches humbling because of our batsmen? Or are we more optimistic by thinking of what our bowlers are capable of? Does being in what is being perceived as the “tougher” of the two groups (West Indies, India, South Africa) scare fans? Perhaps this means that Pakistan will be “battle-tested” if they advance and therefore shouldn’t lose to a team from the other group.

Whether they exit in the first round, suffer another semi-final knockout, or lose in the final, for some fans, anything but lifting the trophy at the end will be unsatisfactory. For others, moving past a tough group and then getting over the semi-final hurdle to reach the final will be enough. As always, the only way to satisfy all fans will be to finish as Champions (although some Pakistan fans will still find points to criticize!).