Learning the lessons from the Lord's Test

After a brilliant Pakistan victory in the Lord's Test, one of our respected forum members takes a look at the potential changes that can be made to the team ahead of the second Test at Old Trafford. 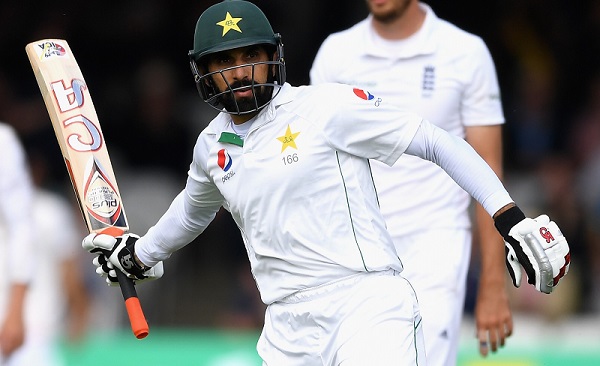 The genius and frailty of Pakistan cricket was all on show over the four gripping, see-sawing days of Test cricket at the prestigious Lord's Cricket Ground. Jekyll and Hyde in equal measure. Perhaps doctors should prescribe a strong dose of blood pressure pills for every Pakistani cricket fan. The Pakistani boys truly started the series with a magnificent win. There are plenty of lessons to be learned. Without any shadow of doubt, this is a very famous victory which will remain in the hearts of many Pakistani cricket fans for plenty of years to come, but there’s always some room available for making improvements.

Despite Misbah-ul-Haq’s stabilizing influence, even this golden oldie is not immune to the insanity that can be par for the course in Pakistani batsmanship. Misbah has supporters and doubters aplenty. His supporters point to a superb hundred in the first innings after Pakistan were creaking at 134/4 and the ease in which he played Moeen Ali who looked in requirement of some form of psychological evaluation after the mauling he received in the desert last winter. Ali’s average of 48 and economy of 4.08 in UAE were large part due to Pakistan’s captain. His many detractors will point to the wild heave to Alex Hales on the boundary second ball during a tough phase for Pakistan in the second innings and against of all people – England’s bearded spinner who said in his press conference after the Third Day that Misbah was nearly ‘impossible’ to bowl at. His supporters will reply that Azhar Ali and Younis Khan’s block-a-thon created unnecessary pressure on Misbah to up the ante. The irony of that argument will not be lost on Misbah’s detractors – who levelled that criticism at Pakistan’s skipper in the one day format. To drop Misbah in this series would be ludicrous, however one feels England may be his final swansong.

However Misbah is not the only one after Lord’s requiring cross-examination. The other golden oldie, Younis Khan, was described as a 'Cat on a Hot Tin Roof' by Geoffrey Boycott on BBC’s Test Match Special in the first innings in a usual blunt Geoffrey Boycott manner. The fear amongst many Pakistani fans was whilst no doubting Younis’s mastery against spin in Asia, his technique against pace has regressed over the years and his reflexes are too slow as he is aged to cope against the likes of James Anderson and Stuart Broad in their own den. Those criticisms will not be negated by two scratchy innings of 33 and 25 where Younis Khan hopped, skipped and jumped throughout. The England bowlers had a strategy – bowl full to Younis Khan to get him out LBW, particularly with Younis Khan shuffling across the wickets. It's unlikely for Younis Khan to be dropped in this series but Babar Azam’s exploits for the 'A' team also on these shores will not go unnoticed by Chief Selector Inzamam-ul-Haq and will be one for the future.

Our two openers are not only in the dock but readying to face a proverbial firing squad. To find the last Pakistani opener to score a century in England, you have to go back to Saeed Anwar’s majestic 176 at The Oval in 1996. Clearly, Mohammad Hafeez and Shan Masood are not going undergoing a Damascene conversion overnight into Saeed Anwar. The technical issues were glaring. The feet of both openers were stuck on the crease with hard-handed pokes outside the off-stump; Mohammad Hafeez was particularly guilty of playing away from his body. Not wise with Jimmy Anderson’s impending return. Despite blunting the new ball for an hour in the first innings, the openers always looked vulnerable. What to do? One suggestion is to promote Azhar Ali up the order, given he’s practically opening anyway. Another is to introduce young Sami Aslam, a promising batsman with a formidable U19 record but still raw and England has no hiding place for an opening batsman. One area not for dispute is the quality of Asad Shafiq. His technique and shot selection were widely praised by commentators, with two knocks coming at vital stages.

What have we learnt about our bowling? Mohammad Amir looked every bit a bowler inching his way back from a six year absence from Test cricket. With the new ball, he struggled to get his length right but there were enough glimpses of quality to remain hopeful the best is yet to come, especially against Alastair Cook who notably struggled against him in 2010. However the pacers took too long to realise Cook will gobble up deliveries on his pads all day long and that the key is to bowl fuller and wider outside off-stump against him.

With Rahat Ali and Wahab Riaz, it was a familiar story. Both men capable of a superb wicket-taking delivery, the former’s triple strike on Sunday morning prime example, but never far from a pressure releasing half volley. Too used to bowling a shorter length in UAE, it took time for our pacers to pitch the ball up as one must in England. England raced to fast starts in both innings. A solution could be to introduce Imran Khan who could play a containing role. Maybe Hasan Ali as a left-field call who can also shore up the lower order? Such doubts are non-existent for Yasir Shah. The leggie from Swabi bamboozled the English batsmen in a way reminiscent of Abdul Qadir’s wizardry in the 1980s. Shah relied on natural variation and subtle changes of pace rather than raging turn and thus became the first leg-spinner to take a 5-fer at Lord’s since his mentor Mushtaq Ahmed in 1996. Zulfiqar Babar must acquaint himself to the splinters on the bench for now.

If Pakistan are to compete in this series, sturdier opening partnerships, fewer soft dismissals, more disciplined new ball bowling, and less butterfingers behind the stumps are a must. A 67 run lead ought to have been a 167 run lead on a pitch with few demons. England are far from invincible and Pakistan have shown they are beatable. Alex Hales, James Vince and Gary Ballance are yet to cement their spots in a batting order that whilst deep, relies heavily on Alastair Cook and Joe Root. As the legendary ITV commentator Brian Moore said after Arsenal famously clawed their way into the title decider at Anfield in 1989, it’s all up for grabs now.