In the aftermath of the huge loss at Old Trafford, one that Misbah-ul-Haq says was the 'worst performance' during his captaincy tenure, one of our respected forum members takes a look at where Pakistan fell short. 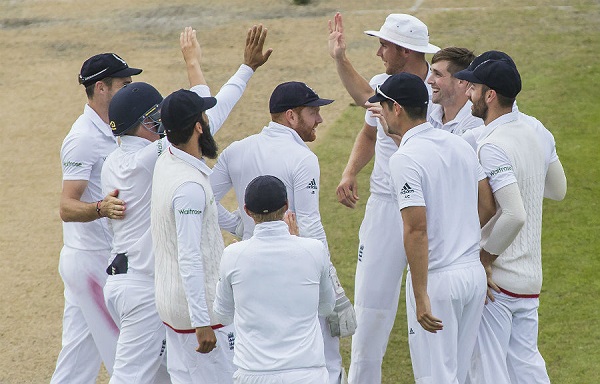 Caught in the moment of the Lord’s euphoria, Pakistan’s Test team now finds itself at the helm of a grinding defeat in the second Test, played at Old Trafford in Manchester. Team Misbah, the ones who usually fight tooth and nail to the very end, were bundled out and lost in a fashion quite reminiscent of the team that toured South Africa in 2013. However, with everything said and done and given the current circumstances, the said result seemed more like a culmination of sub-par cricketing execution and an unimaginative approach towards the game.

To begin with, it can safely be assumed that Pakistan lost ninety percent of the battle after the end of the second innings of the match; after that, it was always going to be an uphill battle. However, when 589 runs behind in the first innings, most of Pakistani batsmen lost their wickets to the impending situation at hand, rather than to anything else.

It can be evidently seen that no dismissals in the entire Pakistani first innings were either bowled or LBW. The top four, barring Azhar Ali who gently tipped it back to Chris Woakes, were caught behind the stumps, while the following batsmen, right up until Yasir Shah, seemed to have a massive liking of the slip cordon. The only two instances where a batsman was dismissed trying to up the ante, was when Misbah-ul-Haq tried sweeping Moeen Ali, unsuccessfully I might add, and when Wahab Riaz attempted to slog the latter individual over deep midwicket – in both instances, being caught by a well-placed fielder from captain Alastair Cook.

Another telling statistic from the recently concluded Test match suggests that Pakistan were, strangely, quite flat and uninspiring from the first session on Day 1. Their bowling lines were all over the shop; bowling only three maidens from the seventh over up until the 55th (the point of Cook’s dismissal), while it genuinely seemed that Misbah and co. had practically given up on any alternative plan B after the early dismissal of Alex Hales in the English 1st innings.

It’s also worthy of note that while Hales and Cook were batting in their brief stand, Pakistan managed to tighten up an end and bowled two maidens in the space of the initial seven overs, which consequently yielded the wicket of Hales; once Root came out to bat, strike rotation and the odd boundary were leaked on a regular basis.

If we break down the numbers in a tangible fashion, we might get a better understanding of the shortcomings of both; the Pakistani batting, which was seen to be as fragile as ever and the cumulative bowling effort, which massively let down the team following the heroics at Lord’s.

From the above graphical representation, there are a few things that identify themselves by being contrastingly different between both the teams’ first innings efforts. England, though they almost played 153 overs, secured 197 singles in the entire innings. This tally gives them almost 1.29 runs per over in singles alone, which practically nullifies any chance of Pakistan stringing together a bowling plan.

Numerically, as well, given the right and left hand combination of batsmen the English line-up consists of, a bowler would be bowling 3 balls apiece to one distinct batsman in every single over. Three balls per batsmen each over are nowhere near enough to work on any specific game plan whatsoever.

It also shows Misbah’s slightly defensive approach towards this game, as he never really attacked enough to stop these easy runs and was more content in having sweepers protect the boundary, than to come in and field up close. Maybe this kind of an approach had more to do with the lack of rhythm his frontline bowlers were displaying, but even so, a slight change in tactics could have induced an early error from either of Root or Cook, and the situation which seemed all gloomy by the end of Day 2, could have been avoided.

The English batting in the first innings had quite a lot of meaning and purpose to the cause at hand. They came out with great positive intent, which could be seen from the fact that apart from overs number two to three where the run rate dropped to 2.66, the English run-rate up until the 153rd over never dipped below 3.2. They subsequently played 17 maidens in their entire 1st innings effort, which came to about 0.11 per over – in simpler terms they would face 11 maidens per 100 overs, while in contrast, Pakistan played 12 maidens in the space of approximately 64 overs.

The second innings for the English started when Cook declined the chance of enforcing the follow-on, even with 390+ on the board. The decision was taken with mixed views from across the cricketing fraternity, but in hindsight and after seeing how Pakistan batted even in the final innings, it wouldn’t really have mattered had he stuck to the conventionalities of Test cricket.

During the start of the innings, there was a brief period where the rain threatened to play spoilsport as there were three interruptions for rain, but once the weather settled and the England batsmen got into their groove, they blitzed their way to 173 for the solitary loss of Hales in 30 overs. Cook made a brisk 76 off 78 balls, while Root, the double centurion from the first innings, racked 71 runs in just 48 deliveries.

It can be noted that the urgency shown by the English batsmen could clearly be seen from the fact that even while playing only 30 overs, their strike rotation helped them achieve 56 singles and nine doubles, while only playing two maidens which were bowled amidst the interruptions caused by rain. On the other hand, Pakistan up until the 58th over of their second innings, the point where our last recognised batsman was dismissed, managed to only achieve 48 singles and ten doubles – a stark difference in approach and application.

It can be argued that the English were looking to score while Pakistan was effectively playing for a draw, but we need to understand the fact that strike rotation which yields a result of less than one run per over in singles, signifies for the opposition bowlers to bowl more at a particular batsman. Therefore, there is a higher probability of him getting worked out than for a pair who rotate the strike frequently. Another telling difference that comes to mind looking at the match numbers is the fact that all throughout England’s 2nd innings, their run rate after the tenth over never dropped below four, while their Pakistani counterparts only managed to reach 3 runs per over after being bowled at for nearly an hour (14th over) in the last innings.

Apart from the batting, the bowling did not even remotely live up to the hype and expectation after the staggering win at Lord’s. The Pakistani bowlers were largely ill disciplined and banked on the fact that the ‘English conditions’ would make things happen for them - or so it seemed.

Rahat Ali, Mohammad Amir and Wahab Riaz (who later couldn’t bowl due to a blow on the elbow) all went for plenty in the first innings, but what was more surprising was that the ICC's number one ranked Test bowler, Yasir Shah, ended with mind boggling match returns of 1-266, a 180-degree shift in performance to how he fared at Lord's.

It might be a justifiable reason that this particular attack is relatively inexperienced in comparison to the English one, as shown by the slowing down of pace by Anderson and Woakes to extract more swing, but not being able to string together six deliveries in the business area is something that defines lack of application, game awareness and proper execution of bowling strategies.

In the end, this defeat, although quite humbling, could be the exact thing needed to rile up this Pakistani unit once again and make them hungry to perform to the best of their abilities. Selection matters aside, Misbah needs to devise a proper game plan if he wishes to topple this England side at Edgbaston, which is another stronghold for the home team. For the English, it seems that they have finally broken the rut of defeats that started with their awful tour of the UAE way back in 2012 and now seemed more confident than ever. The series is squared at one apiece going into Birmingham and then finally capping off at The Oval.

May the best team win.