In light of Pakistan's surprise loss at Edgbaston after taking a 103-run lead in the first innings, a respected member of our forums takes a look at Pakistan's vulnerabilities, how England exploited them, and what the tourists must do to overcome them. 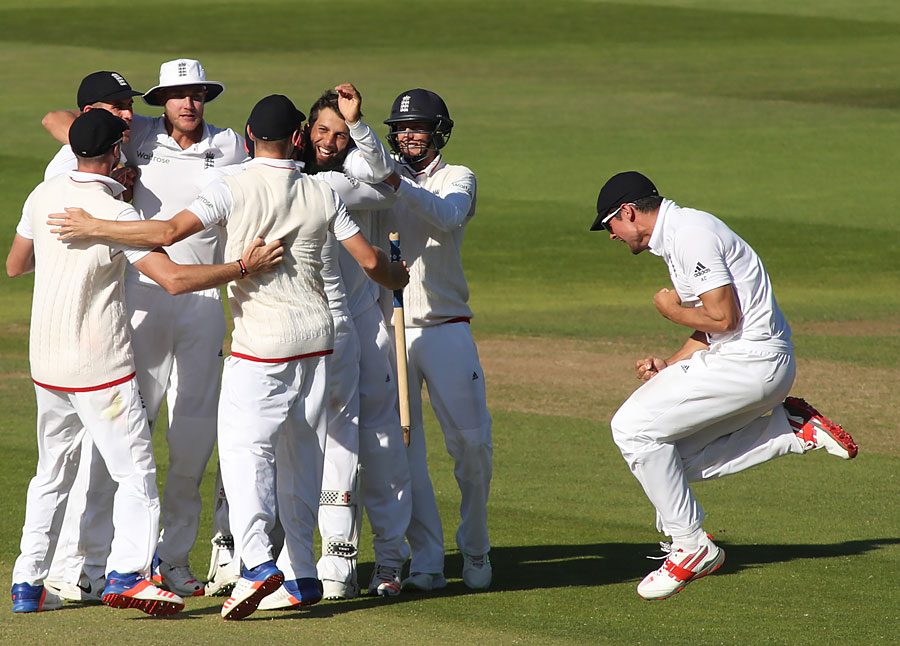 At the start of the English summer, the little known Sri Lankan all-rounder Dasun Shanaka took 3 quick wickets on the first morning at Headingley. When Sri Lanka’s front-line bowlers failed to supply the breakthrough, Shanaka stepped up to leave England rattled. As Pakistan’s bowlers trudged off the field on the fourth evening at Edgbaston with weary limbs, stiff legs and tired minds – the necessity of a 5th bowler became apparent to all watching. On a surface that became easier for batting as the days progressed, that offered little assistance for the seamers and for Yasir Shah, Pakistan badly needed someone to relieve the burden on their four front-line bowlers. Sohail Khan in particular looked laboured in his later spells, and questions remain whether he has the fitness for Test cricket. The pattern throughout this series has been clear – when Pakistan tire, England’s batsmen go to town. At Manchester, England were patient enough on Day 1, proceeding to 313-4 after 89 overs without any alarm. The next 276 runs however came at over 5 runs per over. At Edgbaston on the fourth day, England in the 2nd innings were again happy to sit in and wait, aided by Pakistan’s defensive lines outside off-stump, before Bairstow and Ali launched a decisive counter-punch. 152 runs were plundered from 28.5 overs at a rate of 5.27 RPO in their 6th wicket partnership, milking an exhausted attack and rendering victory improbable for Pakistan.

Cricket does not exist in a vacuum and there are few secrets left anymore. England have a large backroom staff who will have done their homework on Pakistan’s bowling attack. We’ve seen how Mohammad Amir has been neutralised by a combination of good batting and flat pitches; looking a shadow of the bowler he was in 2010, albeit that tour took place in damp conditions that assisted seam bowlers heavily. Unlike that series, Amir has not swung the ball consistently. The England batsmen have adjusted well to the angle provided from the two left-armers Mohammad Amir and Rahat Ali. Wahab Riaz posed such little threat, taking 5 wickets in the first two Tests at 43 apiece, that he’s now observing from the sidelines. Even Rahat Ali’s 8 wickets have costed 50 apiece and despite a superb spell of disciplined, run restricting bowling on the fourth morning, fans have lamented Rahat’s customary one “hit me” ball per over.

After an exhibition of how not to play spin at Lord’s, England learned their lessons and made the technical changes required. Yasir Shah is being played with nothing but a straight bat. Jonny Bairstow is no longer cutting balls close to his body. Moeen Ali is not charging down the wicket like a bull spotting a red rag. Alastair Cook and Joe Root already are good players of spin, with the former possessing an average of 60 in Asia and 8 hundreds to his name. Since Lord’s, Yasir Shah has taken just 4 wickets at an average of 125. Shane Warne noted how straight Shah was bowling and how he could’ve presented more deliveries outside off to tempt the batsmen into driving. Shah was bowling not for the outside edge of the batsmen but the inside edge. Eventually this became too predictable and the England batsmen were playing Shah like a medium pacer. There was a lack of flight and willingness to slow his pace, and unlike Warne, Shah doesn’t quite extract the same amount of turn. Whilst conditions in England are seldom favourable for spinners, Shah needs to work out a way to be effective given Pakistan have tough overseas tours to New Zealand and Australia coming up.

This makes the need for a 5th bowler all the more acute. Pakistan have failed to develop Test standard all-rounders in recent years, in particular fast bowling all-rounders that are vital when touring countries like England in the mould of Abdul Razzaq and Azhar Mahmood. Aamer Yamin and Amad Butt are two potential options for the future, the former no mug with the bat with a FC average of nearly 40. However neither is in the squad. With England’s possessing five left handed batsmen in their XI, Iftikhar Ahmed’s off-spin could be a stop gap at The Oval where conditions traditionally take spin.

On the plus side, Pakistan’s batting has been bolstered by the welcome return to form of Azhar Ali and by the performance of Sami Aslam. The 20 year old was unlucky to miss out on a hundred in the 1st innings but showed maturity beyond his years with a battling 82. Aslam displayed superb judgement outside-off in stark contrast to his vastly more experienced opening partner Mohammad Hafeez – whose Test career may be approaching its end after a litany of soft dismissals on this tour. The old sage Misbah-ul-Haq shows no sign of slowing down at 42 years young, but Younis Khan is not ageing so well. Twice in this series he’s been strangled down the leg-side, playing away from his body. His frenetic movement at the crease means his head is not still when judging deliveries outside off. However, it would be surprising if Chief Selector Inzamam-ul-Haq, friend and former teammate who enjoyed much success with Younis, shows the ruthlessness in wielding the axe on his former vice-captain after this series.

Pakistan have battled hard on this tour beyond most people's expectations, but weaknesses must be addressed if they’re to square the series at The Oval. It must be asked why England’s bowlers on the fifth day looked much more dangerous, being able to extract reverse swing unlike their Pakistani counterparts who supposedly grew up with the art. They must settle upon a pace attack and find a 5th bowler capable of delivering at least 10-15 overs a day whilst being a wicket-taking threat. Or the bowlers will be gingerly trudging off the field, wiping the sweat away from their brows after another hard slog in the field for many days to come in Pakistan’s tricky tours ahead.