We take a detailed look at Hanif Mohammad's legacy and how he played a major role in popularising cricket in Pakistan. 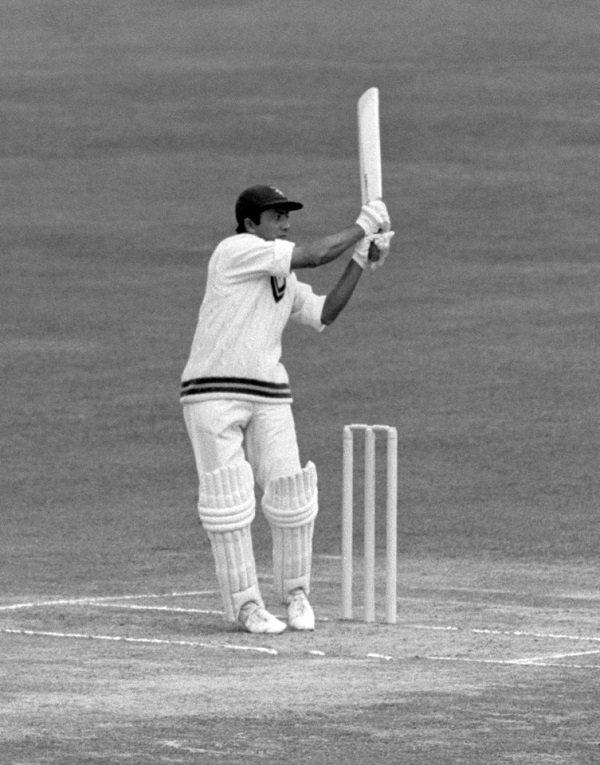 Abdul Hafeez Kardar left us in 1996. Fazal Mahmood departed in 2005. Now Hanif Mohammad has joined them. We take for granted the importance of cricket in Pakistan, with its status as the preeminent sport in the country unrivalled. It is easy to forget that this was not inevitable and that Kardar, Mahmood and Hanif did more than any other cricketers to cement the importance of the game in Pakistan.

From the start, Pakistan cricket was faced with financial constraints, poor facilities and the lack of a strong grass-roots structure. Before partition, much of the funding for cricket came from non-Muslims, who were more dominant in industry, commerce and the professions. As Peter Oborne has pointed out in his recent history of the game in the country, Pakistan cricket began its life with no Test match grounds, only two turf pitches and no first class cricket competition.  Government patronage was also lacking in the early years. Oborne reveals that in 1950-51, hockey and lawn tennis received grants of 15,000 rupees whereas cricket received nothing. The following year cricket did receive 15,000 rupees but this was less than the funding granted to lawn tennis and the Pakistan Olympic Association. Cricket’s journey to being the principal sport in Pakistan was therefore not pre-ordained.

It is within this context that Pakistan’s relative success, for a new cricket nation, in the 1950s needs to be considered. Its success could be attributed to the fact that it did not start completely anew and inherited (an albeit scanty) cricket infrastructure; there was a competitive college system; patronage was forthcoming from some key influential figures; for AH Kardar, cricket was seen as part of nation-building exercise and an expression of Pakistani identity; there were matting pitches, particularly suited to Fazal's style of bowling and whilst Pakistan was born amidst great difficulties, there was a spirit of striving, improvisation and idealism.

But it also rested, crucially, on the presence of Fazal and Hanif. Of the first 57 Tests that Pakistan played, Hanif played 55 of them. His style might be considered anachronistic in today’s game. He was stout-hearted, a batsman that worked on grinding the opposition down, weakening them gradually through toil over an innings. The attributes of self-restraint, endurance and stamina were noted early in his career. Arriving as a 19 year old in England, the Times newspaper noted, “the schoolboy Hanif… has a rare gift of concentration and patience.” In one Test against England in 1964, he batted all day for an undefeated 64 in Dacca. This is not to say that he was bereft of stroke-play. In certain instances, he could score quickly. A Times report in the summer of 1954 noted that Hanif displayed “particularly attractive stroke-play.”

Hanif was not an instant success. At the start of 1958, he averaged below 30 from 18 Tests. But his rise from this point, (signaled by the famous innings of 337 against the West Indies in 1958 and 499 in domestic cricket in 1959) coincided with the wider dispersal of chief radio transistors. Any game to become widely popular needs heroes and for many Pakistanis, listening to cricket on radio, Hanif would have been their first hero.

His popularity was in spite of the defensiveness, which did occasionally attract adverse comment. Yet, one should not lose sight of the fact that Hanif played in difficult times. Pakistan cricket remained short of funds, indeed Mushtaq Mohammad and Khalid Ibadulla opted for a period to play county rather than international cricket, in order to make some sort of living. There was insufficient international cricket being played by Pakistan – they did not play any Tests in 1957 for instance – and after Fazal retired, there was a lack of potency in the bowling. It is hardly surprising, then, that a certain cricketing ‘asceticism’ was preferred by the tenacious Hanif.

Hanif and more widely his family were also important in another, less commented, way. Families, such as the Mohammads and the Burki clan, provided informal networks of connection and continuity. As such they acted as a stabilising influence - important given the scanty nature of Pakistan’s cricket structure.

Tributes to the diminutive Hanif Mohammad have focused on the qualities of his batsmanship. Yet the importance of the ‘original little master’ extended well beyond this. His legacy was to contribute significantly to the popularity of the game - a game that unites like no other - in Pakistan. And for this reason, Hanif Mohammad is one of the most significant cricketers ever to play for Pakistan. So long as Pakistan cricket lives, so too will Hanif’s legacy.