England vs Pakistan 2016: A series to remember for all the right reasons

In the aftermath of the Test series, an esteemed member of our forums looks at how the tourists gained the respect of fans and pundits alike, putting past controversies behind them whilst achieving a memorable draw. 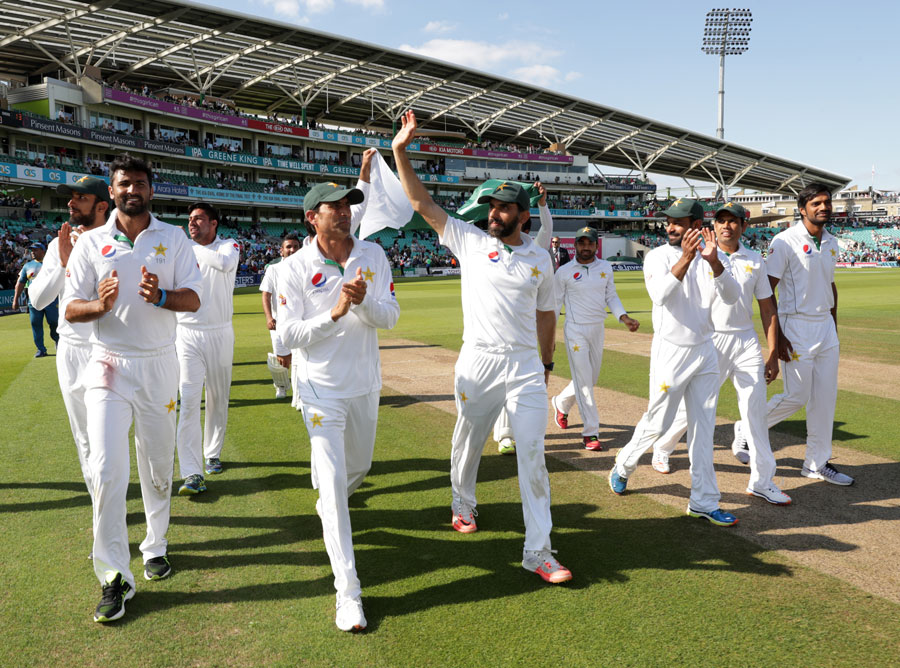 Test series between Pakistan and England have historically been a charged affair. Incidents that spring to mind tend to be the infamous Shakoor Rana incident, the ball tampering allegations during the era of Wasim Akram and Waqar Younis, the forfeited ‘Oval-gate’ Test match and more recently, the spot-fixing scandal. With the return of Mohammad Amir in the build-up to this series following his jail sentence and subsequent ban from international cricket, coupled with the intense rivalry that has traditionally existed between these two Test nations, the ingredients were indeed there for yet another Test series to yield some form of controversy to international cricket. Cricket geeks waited in nervous anticipation, hoping the fragilities in the cricketing relationship between England and Pakistan would not manifest themselves once again.

Six weeks since the first ball was bowled, we can all finally breathe a sigh of relief. We have been treated to some cricket of the highest calibre from both sides, ranging from the battle between Yasir Shah and the England Batsman, to some excellent batting, most notably from Joe Root at Old Trafford and Younis Khan at The Oval. There was toughness on the field displayed by both sides, and whilst the conduct of Alex Hales and Stuart Broad at the dismissal of the former was over-the-top, that can be attributed to the overzealous competitiveness which often occurs in series between two evenly matched sides.

Aside from achieving the impressive feat of drawing with England on their home turf, this Pakistan side managed to achieve something that very few others of the past have done; to win the hearts of the opposition supporters. This team displayed a level of maturity that one doesn’t usually associate with Pakistan teams. It seems that the training camp in Kakul achieved much more than merely being a fitness exercise; it instilled an attitude that made these players fight like soldiers on the cricket field, yet behave with the discipline of generals in their public engagements away from the cricket. Even their celebrations will be long remembered; they were the team that did press-ups to mark their successes. They played the quintessential gentleman’s game like gentlemen, and they earned the respect not only of the Pakistan fans, but also the English fans and neutrals alike.

However, this Test series also seems to be the closing chapter on an era of Pakistan cricket; a chapter that started off with a team in total disarray following the spot-fixing scandal, exacerbated by the nomadic nature through which it plays its home games and the incompetency displayed by its cricket board during the tenure of coach Waqar Younis. Some thought that this might have been the beginning of the end of Pakistan Cricket, but Misbah-ul-Haq not only steadied the ship, but also managed to resurrect the sails and turn this team into a world beating side.

So what does the new chapter of Pakistan cricket hold? As Misbah and Younis reach the twilight of their illustrious careers, the foundations are truly there for a side that has the potential to dominate Test cricket. It was through this series that the talent of Sami Aslam was finally realised. The opener slot has been an Achilles’ heel for Pakistan since the departure of Saeed Anwar and Aamer Sohail, and Aslam has shown that he has the technique and temperament to provide Pakistan with much needed stability at the top of the order. Azhar Ali also showed that he can be a complimentary opening partner, and the combination of youth and experience will be useful at the start of the innings. Shan Masood got some stick from Pakistani supporters which I feel was a little unfair; he played a memorable innings against Sri Lanka and deserved a run. However, he does have technical issues, and if he is able to work on these with the dedication that he shows in his training and works on his game in the domestic circuit, there is no reason why he can’t make himself a permanent feature in this side.

Asad Shafiq also looked quite accomplished at number 3, and won plaudits from Geoffrey Boycott and David Lloyd alike. However, with Misbah and Younis likely to retire soon, there is likely to be some trepidation on the future of Pakistan’s middle order. Yet with Babar Azam and Haris Sohail waiting in the ranks, the talent is certainly there to plug the gaps they leave.

Sarfraz’s wicket-keeping wasn’t really much of a talking point; a sign that a ‘keeper is doing a good job. His tenacity lower down the order was also admirable, and he certainly is the best Pakistan have had since the days of Rashid Latif.

Pakistan went into this series with a four-man bowling attack, which was a risky strategy. It paid off for them in London, but they were found out in Manchester and Birmingham. Rahat Ali showed he has some skill to swing the ball both ways, but in order for him to climb from being an above average bowler to being described as world class, he must acquire consistency. Wahab is a bowler who will go for runs, but he is a wicket taking bowler, and he seemed to always provide breakthroughs at key points for the team. Much was expected of Yasir Shah, and he delivered; yielding 19 wickets albeit at almost 40 runs apiece. I think Yasir’s drought at Old Trafford and Edgbaston was a result of misusing him; one of the few criticisms I have of Misbah and the management during this series. Yasir needs to be used as an attacking bowler, as that’s what he is by nature. At Lord’s and at the Oval, he was able to go out on the attack, and his successes were evident. He is not the sort of bowler who should be used to dry up an end to rotate the fast bowlers; that’s not his natural game. This showed the weakness of the four-man attack strategy, and it seems the main ingredient this side lacks is a genuine all-rounder, and Pakistan will need to find one who can offer this side that balance, giving attacking bowlers such as Amir, Yasir and Wahab the ability to go full force at the opposition.

And finally onto Mohammad Amir. We had images of banana in-swingers replaying in our minds, and many supporters will be left disappointed with the fact that he didn’t take more wickets. Amir did illustrate elements of his brilliance throughout this series and he certainly deserved many more, had it not been for the plethora of dropped catches he suffered off his bowling. He bowled well, remained fit through a gruelling schedule and above all he managed to make his past actions just that, a thing of the past. This was Amir’s atonement series, and it seems even his staunchest critics have forgiven him.

So as a chapter on Pakistan cricket comes to a close, the dawn of a new era begins. There is, however, much work to be done in the one-day arena; for all their feats in the Test matches, Pakistan have been a poor one-day side of late and there will be much work to done if they are to become world beaters with the white ball. For now, though, let’s just savour the great cricket from this series. To the Pakistan Test Team, we salute you!