India vs Pakistan in the 2018 Asia Cup: The times have changed, personnel have changed but the rivalry remains

Growing up in the 90’s, India-Pakistan rivalry was synonymous with UAE. This was the decade when UAE was a buzzing cricketing destination and a match between the arch-rivals was the biggest draw. India then at the start of the millennium had decided that they will no longer play in the UAE, and the Asia Cup 2018 will be kind of a comeback for them after almost two decades.

The cricket relations between the two teams haven’t improved much. The Asian cricketing giants no longer meet each other regularly. Cricket matches between the neighbouring countries have now been relegated to only ICC events. The last time the two teams met was over a year ago in the Champions Trophy final where Pakistan hammered the Indian team by 180 runs to win the title. 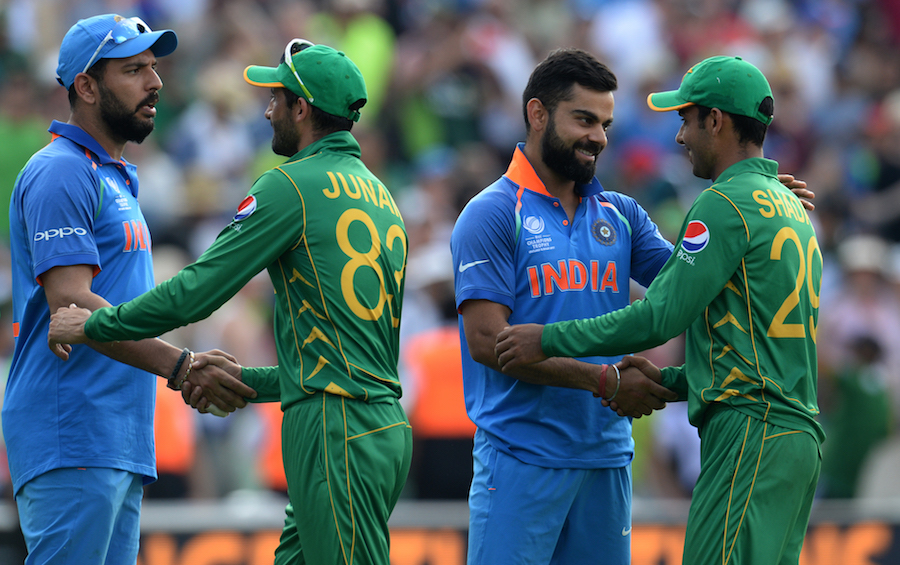 Both the teams over the last year or so have been building towards the World Cup 2019. While Pakistan have been investing heavily in youth, India have stuck with their old guard.

The Pakistan team has identified and backed some good young cricketers. Fakhar Zaman, Shadab Khan, Faheem Ashraf, Shaheen Shah Afridi and Usman Khan Shinwari have all flourished under the new leadership team of Mickey Arthur and Sarfaraz Ahmed. The Pakistan bowling attack is looking stronger than ever with the experience of Mohammad Amir leading the pace attack. The batting too led by Fakhar Zaman and Babar Azam has some good young players supported by the experience of Shoaib Malik and captain Sarfaraz Ahmed.

Even though Pakistan's bowling has been brilliant over the past year or so, their batting still has a question mark. Fakhar Zaman has carried Pakistan batting for over a year now since his debut and it will be interesting to see if the rest of the batting has the firepower if they lose him early. Imam-ul-Haq and Asif Ali lack experience at this level and Haris Sohail is on a comeback trail.

Since the Champions Trophy finals in 2017, the Pakistan ODI batting has not been that dissimilar to the Indian one. The top 3 have scored heavily but the middle order has largely struggled. Fakhar Zaman with an average of 81 and SR of 98 has been the key player for Pakistan. Babar Azam has been brilliant as well with an average of 57.55 but has been striking only at 78.48. Imam-ul-Haq in his short career has scored 544 runs at an average of 68 and Strike Rate of 88. Shoaib Malik and Sarfaraz Ahmed average 31 and 17 respectively during that time which will be a worrying statistic for the Pakistan camp. Shadab Khan has been lower down the order but has done well averaging 48. Even though Asif Ali and Haris Sohail have done well, their sample size is too small to make a call.

The Indian team on the other hand will be missing Virat Kohli for the Asia Cup. Rohit Sharma will be leading the side and will have Shikhar Dhawan and MS Dhoni to support him. Unlike Pakistan, India haven’t been experimenting too much with their limited overs sides. The bowling, though, has a settled look with Bhuvneshwar Kumar and Jasprit Bumrah returning to the team along with the spin twins Kuldeep Yadav and Yuzvendra Chahal.

The Indian batting has had similar problems to Pakistan. The Indian middle order has been non-existent and the top 3 have scored the majority of the runs over the last year or so. Captain Virat Kohli has had a phenomenal run in ODIs since the Champions Trophy averaging 88.30 at a strike-rate of 97.5. Rohit Sharma and Shikhar Dhawan average over 50 during the same period with strike rates over a 100. The rest of the batting, however, has not been consistent enough. Even though the stats show MS Dhoni averaging 58 during that time, his strike rate has been under 80. Virat Kohli will be sorely missed and the pressure on Dhawan and Rohit will be immense.

Fakhar Zaman (PAK): The statistic mentioned above clearly proves that Fakhar Zaman is the most important player for Pakistan. He not only scores quickly but is extremely consistent which has served Pakistan well over the last year or so. Fakhar’s importance in this Pakistan team cannot be understated and he once again will be hoping to have a great series with the bat.

Kuldeep Yadav & Yuzvendra Chahal (IND): On wickets which are expected to be slow and low, the spin twins from India will be crucial in the middle overs. Over the last year and a half, they both have accounted for 87 wickets at a combined average of 22.45 at a strike rate of 27.6. They have been extremely crucial for India’s success over this time and will once again be the important for India’s campaign.


Pakistan who have been playing their home games in UAE since 2009 start as slight favourites ahead of the tournament. India without their captain will have to dig deep to challenge a confident Pakistan team.

When the teams lock horns on September 19th, there will be a strong sense of nostalgia for the fans who grew up watching cricket in the UAE. The times have changed, personnel have changed but the rivalry remains.