Mohammad Abbas is a man of simple pleasures. A family man, a man who just likes the quiet life and has no time for celeb status or glitz and glamour. 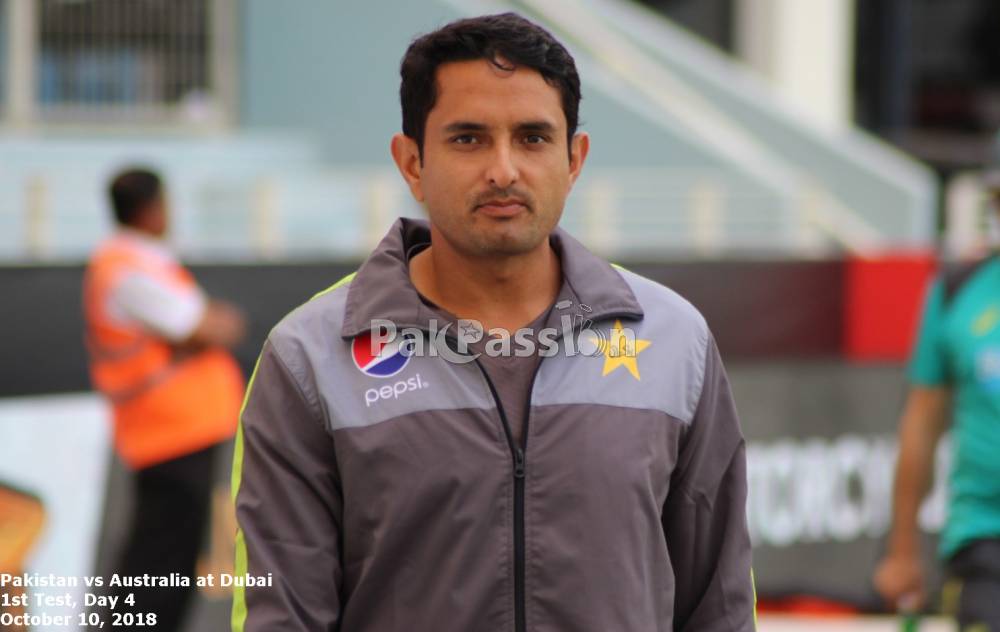 He's a cricketer who has had to put in the hard yards in domestic cricket and nothing has come easy for him during his cricket career. He's had setbacks, he's had knock-backs and he's had a few doors slammed in his face, but he's not been one to give in so easily. In his own words, he's had more tough times than good times, but he knew that good days would come at some point in his life.

I first came across him at Headingley a couple of years ago when he was part of the Pakistan A squad against Yorkshire. I must admit I had no clue who he was. He sort of looked like a spare part, not very athletic, wearing a track suit that was hanging off him and certainly did not look like a professional cricketer to me. I honestly thought he was one of the coaching staff or one of the analysts and had no idea that he was one of the bowlers within the squad.

I was taking pictures of the Pakistan A squad and they were all very keen to have their pictures taken, but he kept looking away whenever I went to take his picture. I asked him politely what the issue was and he said "I don't like having my picture taken, I'm a bit shy." I said don't worry I will only take a couple of pictures. I took the pictures and Abbas looked towards the camera with a certain degree of reluctance.

I watched the squad train ahead of play and Abbas was bowling gentle outswingers with the occasional inswinger. The batsmen seemed to be dealing with him comfortably, but it seemed he was holding back and not at full throttle. He looked like a bowler with skills, but not someone who could tear opposition batting line-ups apart.

I saw Abbas doing some laps around Headingley Stadium and thought he looked like a man who didn't enjoy running, hardly a natural athlete. I had no idea that the man I had seen would one day be the spearhead of the Pakistan Test bowling attack.

He has worked hard, very hard and improved all facets of his game. There are no half-measures when it comes to his effort-levels.

Meeting him at Lord's after an inspired performance was great. Abbas though was pleased but humble in victory. It was as if he had just played a game of cricket with his mates and done quite well. There was no drama, big claims or bravado. He answered the questions from journalists in a friendly but humble manner.

Recently I interviewed him when he was at Leicestershire. We had organised the interview by telephone and missed him a couple of times. Eventually I got through to him and he was so apologetic at missing my calls. In fact I had to say to him don't worry about it, he was apologising so much. I asked him how life was like at Leicestershire, his response "great because my family is with me and without them I am nothing."

Leicestershire County cricket club cannot praise him enough, they have been so impressed with him and his professionalism and snapped him up for next season without hesitation. No ego, just effort, wickets and performances. A team player, who the fans, players and coaching staff at Leicestershire have the utmost respect for.

Abbas' success story is heart-warming. It shows that sometimes the good guy wins and that hard work pays off. He is a level-headed and likeable man, who is now getting the reward for his hard work. There is no bitterness, there are no big headlines or tall stories, it's not his style.

His story should be a lesson for cricketers who think they are superstars and better than what they actually are, after only a couple of decent performances. I hope his success is an eye-opener for other Pakistani cricketers who can learn from Abbas to let their cricket do the talking.