The experience of attending and covering PSL matches in Karachi

7 Days of exhilirating cricket, as experienced by a passionate fan are encapsulated in this write-up of the recently concluded 2019 edition of the Pakistan Super League (PSL). 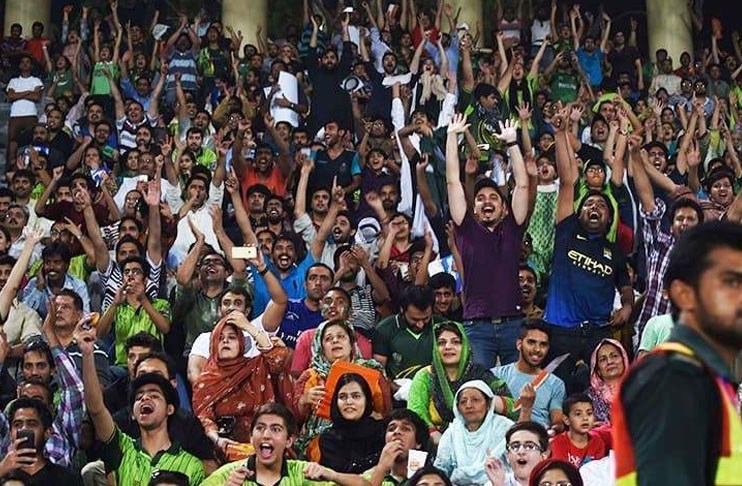 For someone who has been outside Pakistan for the past few years and hasn't been able to attend any cricket matches of note in the past decade, PSL 2019 was an unbelievable experience. Based in Egypt previously, my enjoyment of the game was limited to the TV screen. For a diehard cricket fan, it's never quite enough to be viewing the spectacle on a screen. Thus, March 9th through to the 17th are days that will stay in the memory for a long, long time.

Throwback to Saturday, the 9th - It was a wise decision to go early on Day 1. With the match to start later in the evening, Traffic Police and Rangers were stationed at various points but the routes around National Stadium were yet to be closed down. As I reached, the crowd of people waiting at the various gates grew visible. With four hours remaining for the start of the match, people were already queuing up. I approached the main gate and was met with suspicious looks from the security personnel, until one of the NSK crew handed me my pass. But that wasn't all... Another long wait ensued, as the security personnel were under the (misguided) impression that laptops weren't allowed for the media crew. But after a lengthy wait, they finally relented.

The first day was special. As the gates were opened up for the fans, the crowd slowly but surely filled out. Before long, most of the stands had no visible empty seats. During the match itself, the atmosphere was unbelievable. Boundaries and wickets were met with a thunderous roar, and it was only going to improve during the following days.

A routine developed over the next few days. Security was extremely tight at the various checkpoints and you had to arrive well in advance. All worth it, but you do have to wonder whether the duplicate checkpoints could be relaxed a bit. Surely the same purpose could be served with fewer checkpoints, as long as everyone went through them? At times, it could take up to an hour to go from the parking section to the stadium itself.

Unsurprisingly, Karachi Kings' matches saw a massive turn out and somewhat one-sided support with the home crowd supporting the home team. However, Sarfaraz Ahmed's Quetta Gladiators weren't far behind and amongst the Karachi crowd, were probably the best supported team after the home side. Darren Sammy and Peshawar Zalmi also fared well with the Karachiites, but the remaining franchises had comparatively lesser support.

On to the final. I departed home at what I thought was a pretty reasonable time. It was a Sunday and traffic was fairly clear.... until we approached the parking area. Here, there was chaos. With more than 2 hours remaining for the game, we were going to eventually find out that the parking area was already filled up. Now that didn't bother me, I was with my Careem captain and just needed to be dropped off at the area so that I could take the shuttle to the stadium. But the security was having none of it - After being stuck for a good 30-40 mins, rude security personnel didn't allow the car through, even though rickshaws were going through just fine. Surely common sense should come to the fore? Anyway, I eventually made it to the shuttle service, and was on my way.

As I approached the stadium, I began to realise the extent of the attendance by the Karachi public. The entrances were practically jammed and the VIP and media area was full to the brim. Alongside the 32000+ crowd, there were a number of famous personalities and dignitaries attending the match; their own separate security personnel all combined to make the National Stadium a very cramped place on the 17th. From afar, the stands were visibly packed, and I was informed that in many stands, there were many more people than seats!

Despite the one-sided final, the atmosphere was special. Quetta Gladiators' title victory was met with massive celebrations in the stands and a huge fireworks display. A large section of the fans in attendance stayed to witness the post-match proceedings and it was well past 12am before the stands began to empty out.

7 memorable days at National Stadium. Hopefully many more to come in the coming years as cricket returns to Pakistan for good, insha'Allah.