Celebrating the advent of Twenty20 leagues

A member of PakPassion looks at the different T20 cricket leagues that have developed over the past few years and the effect they have had on cricket as a whole. 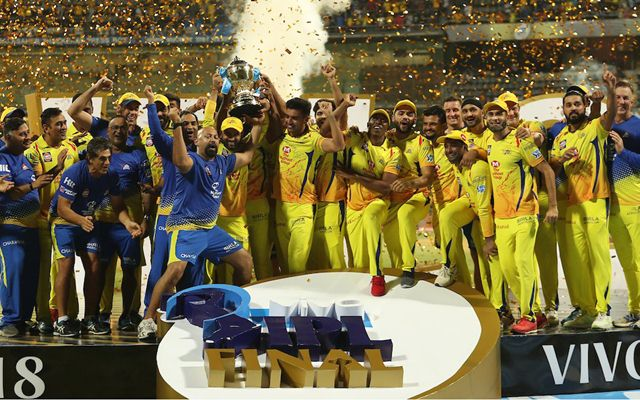 Welcome to the T20 Cricket Carnival!

The idea that started as a rebel league more than a decade back is now a flourishing sports and business venture, that is helping boards and players around the world have a better financial structure.

There are many theories as to actually who came up with this idea of a franchise-based Twenty20 league model. Was it the maverick Australian billionaire, the late Kerry Packer who sowed the seeds of this way back in ‘70s with his World Series Cricket? Or was it the now fugitive and reclusive Indian businessman Lalit Modi who is said to have pitched this idea in the late ‘90s to the BCCI? Or, was it the Indian media mogul Subhash Chandra, who started a rebel league to show the world that this idea actually works? The fact is that it may well have been all of them who may have contributed to the idea that has now taken the cricketing world by storm.

Yes, I am talking about the Twenty20 franchise leagues!

It has been more than a decade since the first official cricket Twenty20 franchise league started in 2008 with the Indian Premier League. The IPL was a case of many firsts in cricket. These new concepts ranged from players being auctioned for the first time, private companies officially owning cricket teams, to arguably the first cricket related venture that commanded a broadcast deal of $1billion+.

While BCCI swung into action to arrange and manage the IPL, other boards waited to see whether this venture of what appeared to be of an astronomical size would succeed or not. After a couple of seasons, it was apparent to everyone that franchise Twenty20 cricket was here to stay. This led to almost every other board opening up itself to start a Twenty20 league of their own.

The success of the leagues can be gauged from the fact that IPL and BBL are already among the top 10 leagues in terms of average stadium attendance. An IPL match streamed on Hotstar broke the world record with 10 million concurrent viewers logging in to watch the match.

The economic success of the leagues have been equally staggering. CA almost doubled its broadcast rights value from AUD590mn in 2013 to AUD1180mn in 2018. IPL's rights were sold in 2017 for astounding USD2.55bn for 5 years, up from around USD1bn for 10 years. ECB's case is even more surprising, there yet to be launched league helped ECB sell their combined broadcast rights for close to a billion pounds. PCB shocked the world when it had to buy airtime on channels to broadcast PSL in its initial years as broadcast bids were low. But after 3 years they have sold the rights for close to USD36mn.

The question arises - Why the different valuation for the different leagues? While the strength and size of the economy plays a big role in deciding the value of the league, there are other factors too.

The IPL after a successful decade now enjoys a exclusive window in the ICC calendar. Add to that the BCCI's insistence that only entities with a certain financial strength can own IPL teams, which has led to IPL teams offering salaries way above the other leagues. While IPL teams have offered salaries close to $2mn, most other teams top off the salary limit at $400k to $500k, thereby attracting marquee foreign players. The unique IPL auction too allows teams and players to find the right value for their players. Another huge factor, though, is that Indian players are only exclusively available for IPL. However, the biggest factor is the army of madly passionate billion+ Indians who make sure that IPL is a success year after year

The BBL suffers from its superstar players being involved in international cricket during the season, but it still pulls in huge crowd attendance in the stadiums. The increased broadcast revenues will further allow them to attract foreign players.

The PSL is hoisted on the shoulders of the passionate Pakistani fans. With most of the matches being hosted in UAE, poor attendance is a regular headache for the PSL. On top of that, PSL has to foot very high organisation costs in UAE. Add to that the huge task of managing security for the few games in Pakistan, and convincing foreigners to travel to Pakistan to play. If that wasn't enough, PSL is hosted just a few weeks before the IPL and during the international season, hence player availability is a big issue. Foreign players regularly withdraw from the PSL due to security issues or injuries or international commitments. In spite of all this, the PSL keeps ongoing, for its heartbeat is the passion of is fans who regularly sold out stadiums for the matches held in Pakistan. With the PSL moving to Pakistan next year, we may see full stadiums for most matches.

The BPL after its initial hiccups with unpaid player salaries and franchise disputes which led to the league being not played for a year, is now a flourishing league which has managed to attract the likes of David Warner, AB de Villiers and others. Though there is a lack of home grown superstars with a global following, the rise of Bangladesh cricket means BPL may surprise quite a few observers when its TV rights deal goes under the hammer in 2020.

The CPL is the dark horse. It's own captive population is small. The island economies are not big in size as well. The league itself is broadcast when the Indian subcontinent, home to most cricket fans, is sleeping. Yet year after year, the league sustains itself and churns out stars for other leagues to hire. Well, how they do so? They dominated world cricket for more than a decade by producing stars after stars, we don't know how either.

But the world of T20 leagues is also filled with failures and problems.

While every country tried their hand at a T20 league, not everyone succeeded. SLC's Sri Lankan Premier League shut down soon. The Emirates Board's T20X was a non started. CSA's Global T20 League not only failed to launch but it cost the then CSA CEO Haroon Lorgat his job and the CSA millions of Rands in damages to players and franchise owners.
IPL, PSL and BPL were all rocked by the dreaded match and spot-fixing scandals. The IPL scandal cost the then-BCCI President and ICC Chairman N. Srinivasan his chair. Two IPL teams were suspended when their officials were found to be betting. BPL was also rocked with player pay disputes and a financial crunch that led to the league not being held in 2014. The PSL scandal caused multiple players to be banned.

These leagues have also created Player vs. Board vs. Nation vs. League allegiance issues. While the players want to maximise their earnings in a limited time career, boards want them to choose national duties over league. This led to a revolt by Sri Lankan players against their board and the Windies players becoming freelancers. While a delicate uneasy peace has been struck among players and boards, the real balance is yet to be achieved.

These leagues in spite of their problems, continue to be wildly successful not only financially, but have also brought newer fans to the game. The players have developed new skills and the spectators enjoy unparalleled entertainment. So until the next cricketing innovation arrives, and yours truly may be in his grave then, let's enjoy the great carnival of cricket.