A respected member of our forums looks at Pakistan's 2019 World Cup squad ahead of the team's departure to England. 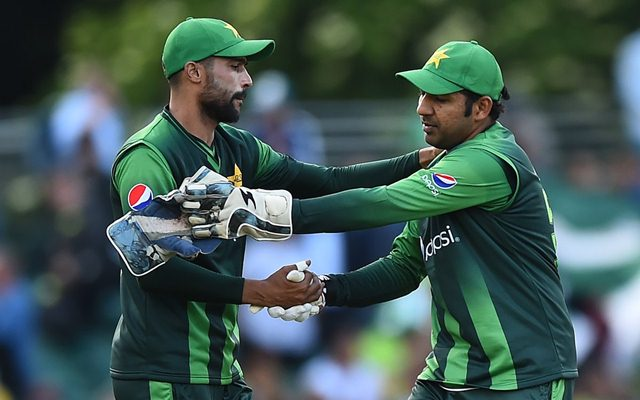 Pakistan’s provisional fifteen man squad yielded few surprises yet it hasn’t prevented passionate debate amongst fans and pundits about whether these fifteen players have what it takes to lift the World Cup trophy. The first thing to note is the continuity of Pakistan’s selections. Eleven of the members of the 2017 Champions Trophy winning squad have been retained, making a welcome change from the chop and change culture of the past.

There is one glaring omission, however, that has created headlines. Two years on from a breathtaking opening spell that destroyed India’s powerful top order in the Champions Trophy final, Mohammed Amir finds himself on the outside, relegated to the seventeen man squad for the England ODI and T20I series – a warmup before the World Cup. The currency of a fast bowler is wickets and Amir has only taken five since that fateful afternoon at The Oval costing him 92 apiece – the worst of all regular seamers in world cricket. Too often fans have been left frustrated by Amir’s defensive, back of a length bowling and failure to swing the white new ball.

So why has Amir’s omission generated such frenzied debate? His fans will argue he is a big occasion bowler having delivered in two ICC tournament finals and will be an asset in English conditions. Despite a poor average in the last two years, Amir’s economy rate is amongst the best. However, the selectors' decision may prove to be shrewd. If this exclusion lights a fire in Amir’s belly and sees him perform against England, there’s no doubt Amir will make the final cut and will enter the World Cup in hot form. If Amir’s bowling remains toothless, he isn’t in the fifteen anyway!

In the meantime, young pace sensation Mohammed Hasnain has the opportunity of a lifetime. The 19-year-old from Hyderabad impressed in the Pakistan Super League generating speeds of 90mph but his selection raised eyebrows amongst some who questioned how wise it is selecting somebody with scant domestic experience, but Pakistan have a history of plucking young names from obscurity and putting them into the spotlight.

Opener Abid Ali, however, is an accomplished domestic and A team performer and his call-up is well-earned. Having scored a century on debut in the recent series vs Australia in UAE, the 31-year-old did not appear fazed by international level bowling and is a particularly strong sweeper of the ball. Pakistan’s opening partnership has been a traditional worry but in Fakhar Zaman, Imam-ul-Haq and Abid Ali, they have a solid trio of options.

What is a concern for Pakistan is their weakness in the boundary hitting department. Apart from Fakhar Zaman, this is a lineup of accumulators and you question whether Pakistan can chase anything above 270-280. With Umar Akmal unable to take advantage of yet another international recall in the Australia series and domestic big hitters like Khushdil Shah deemed too risky to invest in so close to the tournament, eyes will be on Asif Ali. Like Amir, Asif Ali is not in the fifteen but will audition in the England series for a World Cup spot. A clean striker of the ball, Asif’s weakness is controlling his impulses, often losing his wicket playing one shot too many. Whilst one doesn’t wish to curb his attacking talents excessively, Asif must learn to construct longer innings.

One also wonders whether there was room to play a specialist spinner. Pakistan will bank on allrounders Imad Wasim and Shadab Khan to bowl spin but with even hosts England expected to play two spinners in Moeen Ali and Adil Rashid, and India winning ODIs outside Asia with Kuldeep Yadav and Yuzvendra Chahal bowling in tandem, one asks why specialists like Umer Khan and Zafar Gohar were not tested in the recent Australia series. Imad is more of a container than a wicket-taker while Shadab averages 37 against top ODI sides, not the figures expected from your front-line spinner who’s still a work in progress.

Nevertheless, there’s no use harping on about the players not in the squad at the expense of those chosen. Whilst Pakistan are not favourites for this World Cup, they are dark horses and enjoy a strong record in English tournaments as well as partisan support.