How do Pakistan go about preparing to beat England in England in the upcoming Test series?

A write-up by @Thunderbolt14 reviewing the Pakistan squad selected for the England tour and what the tourists can do to win the Test series against a strong home side. 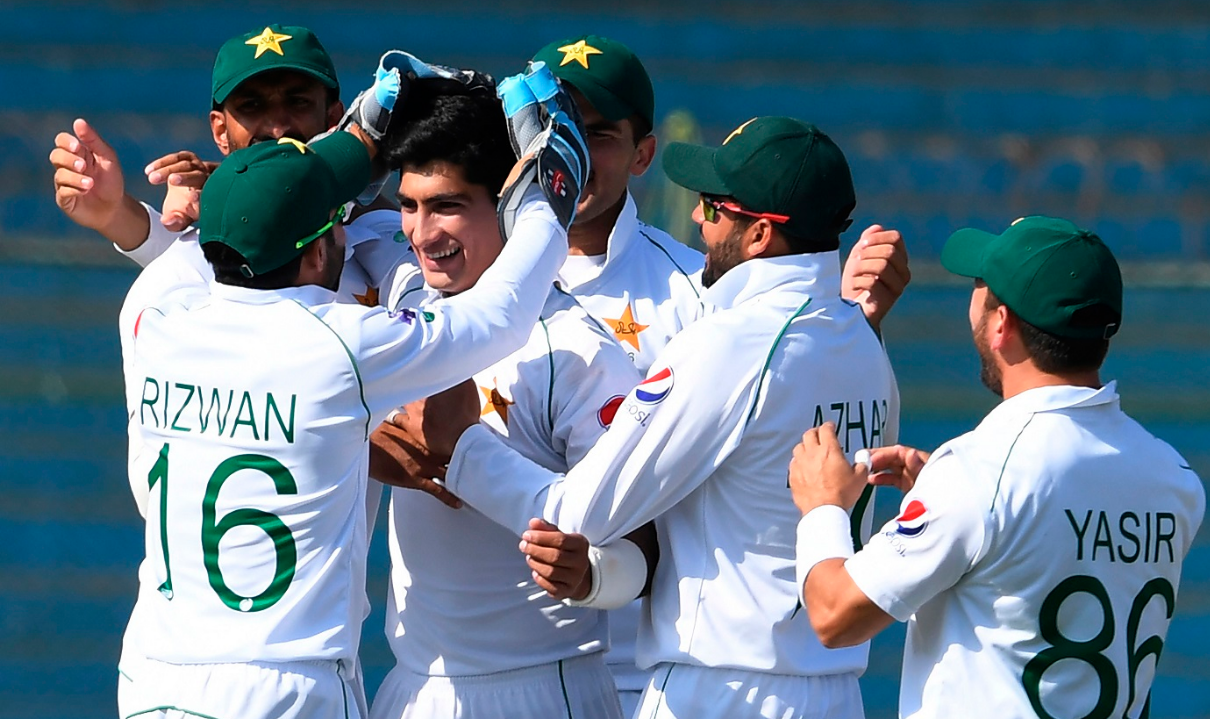 At long last, Pakistan’s 29-man squad has been announced for the much-awaited tour of England and whilst it would be easy to pick faults in the choice of players, there is an overwhelming feeling that on balance Misbah-ul-Haq has made reasonable choices for which he deserves some credit.

It would have been tough for Misbah as there was significant push-back and pressures from all corners, and a lot of it is very justified especially when it refers to the return of some older players, the continuation of specific mentalities and what seems superficially like a defensive mindset approach. And then there was the selection of an untried youngster in the shape of Haider Ali.

The young batsman who represented Peshawar Zalmi in PSL5 was by no means a surety for this tour until recently he was added in the Emerging category in the Central Contracts and whilst the media may have feigned shock and horror at this selection, the fact is that his selection was a must the moment he was picked for that category – not taking him to England would surely have been a great disservice and thankfully the right decision was made.

But there are understandably some areas of concern that must also be mentioned and the foremost in that is the continued faith in Imran Khan which is simply baffling and of course the “out of the blue” inclusion of Sohail Khan. And it’s here where, I believe, Pakistan cricket is in a phase where objective analysis and cautious optimism are the ways forward. There is also room to assess the (limited) positives if there are any. So, the negatives are already obvious - older players are not the way forward, and probably will not provide for exciting cricket, and will hog a spot on the team where youngsters could have been given a shot but we have to look at the positives and hope that the rest of the players will stand up to scrutiny and provide us with some happy memories this summer.

The likely XI for Pakistan’s Test squad against England

The playing XI to take on England will likely remain the same as the ones that have played in the recent past as the Misbah-Azhar alliance is likely to opt for a safety-first policy. So, forgetting the practice squads for a second, the likely playing XI is as follows:

With Haris Sohail out of the picture for this tour, the inclusion of Fawad Alam is a great positive as he becomes an automatic contender for the playing XI. The only chance he sits out is if Pakistan plays 4 seamers (the 4th being Faheem Ashraf) and 1 spinner (probably Yasir Shah) which is, at best, unlikely. The selection of Fawad Alam one hopes should put paid to the relentless complaints from the media about his exclusion in the past. And now it will be up to the batsman to show what he is made of and silence his critics for good.

So how do we go about preparing to beat England in Tests, in England?

Given this playing XI, the question becomes, how best will we prepare these fine men to win what promises to be an exciting cricket series in England this summer?

We all know that England is by no means an easy place to tour as many teams, including India, have found this out the hard way. So, preparation, as Pakistan sides have demonstrated so well in the past, is a key factor in every tour to England. We have always prepared well for tours of England where we have arrived weeks and weeks in advance, played county sides, and eventually played some exciting cricket that has led to us drawing series and winning crucial matches.

But our visit of 2020 is in a different and worrying setting. Our cricketers last played competitive cricket in the now postponed PSL5 which was a few months ago. There is no chance of playing county sides where they can get competitive practice. On top of that, for their safety, they will be confined to a bio-secure bubble where the only practice possible will be among themselves.

In contrast, Pakistan’s opponents will be coming fresh off a Test series with the West Indies, where they will have come to grips with the greatest challenge of all - getting the ball to swing without saliva in match conditions. The only option left for Pakistan is to go about training by using all the resources of the 29-member squad at their disposal and hope (and pray) that the collective wisdom as embodied by the presence of Waqar Younis, Younis Khan and Mushtaq Ahmed will be enough to get the players into the right frame of mind for the upcoming challenge against a supremely confident home side.

The good news is that Pakistan in their squad have some quality bowlers who can help our batsmen prepare for the challenge of facing the likes of James Anderson and Stuart Broad. Whilst they may not be of the same calibre as England’s two trustworthy warhorses, there is enough firepower in the shape of Mohammad Abbas, Wahab Riaz, Shaheen Afridi and Naseem Shah, Mohammad Hasnain and Usman Khan Shinwari to give Pakistan batsmen a good taste of things to come with the Dukes ball. Obviously a lot will depend on our bowlers ability to control swing and understand the local conditions but given PCB’s decision to use the same ball type in Pakistan for their domestic cricket, one hopes that the bowlers will be able to adapt at a much faster rate. And for Pakistan’s sake, the likes of Abid Ali, Shan Masood, Azhar Ali, Asad Shafiq and Fawad Alam will also get a fair idea of what to expect when the action begins in the Test series.

Whilst the presence of youngsters like Shaheen Shah Afridi and Naseem Shah are great sights to behold for Pakistan fans who have yearned for new and faster bowlers, the fact remains that they are new to the scene and to some could well be a liability. That is not to say that Imran Khan or Sohail Khan are remarkably better prospects. They are, to say the least, while remaining polite, not fitness freaks and one would not be surprised if they do breakdown during the tour with fitness issues.

However, what they do have is experience, both with English conditions and the Dukes ball, to the extent that they can exercise good control over the ball and give our batsmen, especially Abid, Shan, Babar, and Fawad, reliable practice (which is the primary role of the non-playing XI). Further, it is important to note that there is an additional advantage provided by such a set-up. That is to say, their inclusion will help lessen the load on the coaches by not requiring as much coaching by Waqar, allowing him to focus on Shaheen, Naseem, Shinwari, Rauf, Hasnain, and Faheem. And they will also be able to share their experience and tips during the practice matches and in between sessions to a bowler like Naseem for whom the tour of England will be a unique and new experience.

Is this Pakistan squad best equipped to deal with the challenges of the tour of England?

There is a school of thought that would gladly have Pakistan lose the series 3-0 but give chances to newer players instead of the tried-and-tested brigade of Azhar Ali, Asad Shafiq, Yasir Shah, and Sohail Khan and Imran Khan, but that would have been reckless. In fact, a good way (cynical probably) to look at this that bowlers like Sohail Khan and Imran Khan have been brought on in the capacity of very well-tuned bowling machines and nothing more. But given Misbah’s like for both bowlers, we could well see them in the playing XIs of one or more Tests.

But let’s look on the positive side and marvel at the raw talent we have in hand in the presence of Haider Ali, Shaheen Shah Afridi and Naseem Shah. Enough has been written about what Babar Azam can offer to the world of cricket and he will chomping on the bit to take himself to the next level of excellence whilst Fawad Alam who has waited for years to make a comeback will be full of determination to succeed. Abid Ali is quite capable of being a thorn in the sides of the opposition and along with Shan Masood could well be the toast of the summer as far as Pakistan are concerned.

So all that remains now is for the Pakistan side to fly out to England, get themselves settled in safety in their bio-secure environment to organize themselves so that they can start playing like a unit rather than a bunch of strangers all trying to individually cement their place.

May Pakistan fight valiantly this summer.