England T20I series review: Pakistan’s bowling is the weak link that needs a lot of improvement

@DandyFellow writes about the England vs Pakistan T20I series that ended in a draw and looks at why the tourists failed to clinch a series victory against an England side missing some of its best T20I players. 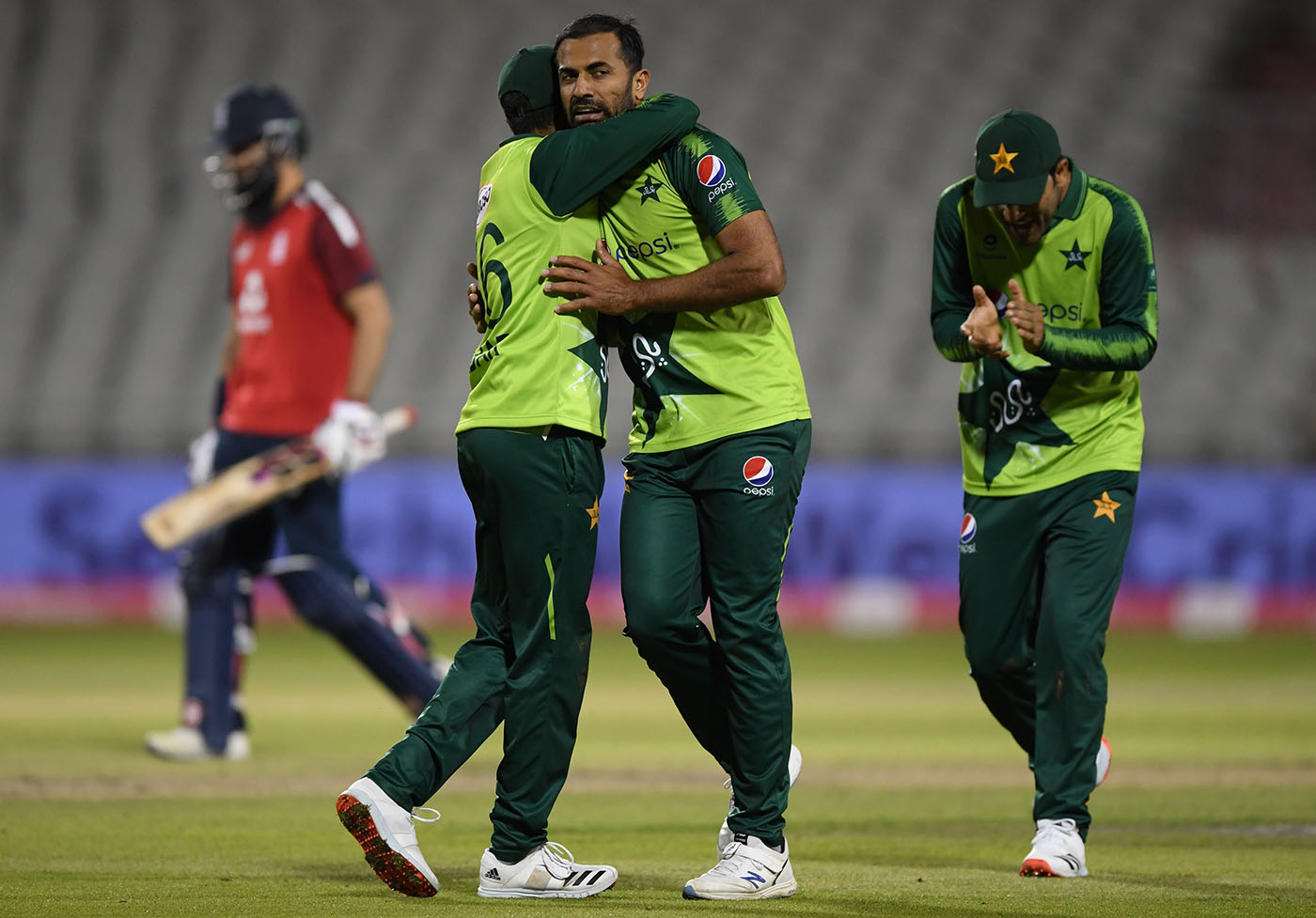 After a rain-affected Test series which ended in a disappointing 1-0 defeat, Pakistan faced England in a 3-match T20I series, in a format that they had ruled the roost in terms of rankings until May of this year.

The first T20, like most of the Test series, was disrupted due to rain which led to the abandonment of the match due to a wet outfield. However, before the rain, Pakistani spinners had made a strong statement of intent by getting 4 wickets for a paltry 14 runs. The wicket-keeper, Muhammad Rizwan, was equally impressive behind the stumps getting a quick stump and a splendid catch to pressurise the English dugout. In the end, the Pakistan team would have felt more unfortunate as they were in a much better position.

In the second T20I, Pakistan was called to bat first on a flat pitch. The openers, Fakhar and Babar, scored 51 runs in the Powerplay. The pitch conditions and the good start meant that 200 was on the cards. In the midway stage, Pakistan was 87-1. Then, Hafeez took over the stage and blunted the bowlers all over the ground. The impetus required was provided as Pakistan was 155-2 in 16 overs. However, Pakistan could only score 40 runs off the last 4 overs. The duo of Malik and Iftikhar failed to support the big shots as Pakistan was cut short by 10-15 runs.

In the bowling department, Amir limped off after he had bowled only two overs after England scored 65 of the Powerplay. The 7th over of the innings by Shadab could have been the game-changing over had Morgan also been given out by the on-field umpire after Bairstow and Banton were dismissed already in that over. However, after that over, Pakistan bowlers bowled poorly and Babar looked perplexed on the field. The duo of Morgan and Malan dominated Pakistan and when Morgan got out, the game was already done and dusted. Pakistan’s bowling and on-field captaincy was exposed and Babar was under-pressure going into the final match of the series.

The 3rd T20I was the last opportunity to salvage a victory on the tour. Pakistan made three changes as Haider, Wahab and Sarfraz were brought into the team. After Pakistan was asked to bat first again, Fakhar got out early in the 2nd over which brought the debutant, Haider onto the crease. Under no pressure, Haider hit his 2nd ball for a huge six. Soon, Babar got out for 21 off 18 making critics question his low strike rate in T20Is. However, Hafeez joined Haider, and the pair put on a 100-run partnership at a high strike rate. Haider became the first Pakistan player to score a fifty on debut. Once the impressive innings of Haider ended, Hafeez took over again and thrashed the England bowlers. The script was quite similar to the previous match as the batsmen on the other end struggled to score at 150+ strike rate and Pakistan ended on 190. More importantly, Malik and Sarfraz were not sent to bat prompting the lack of confidence of the management on their ability to score at a high strike rate. One has to question that had the same happened if Khushdil was playing instead of Malik!

Unlike the previous match, Pakistan bowlers started well as Shaheen produced a swinging delivery to dismiss Bairstow. Malan was trapped on the leg-side boundary by a well-judged catch by Fakhar. After the Powerplay, Pakistan had the match in their hands. Once Morgan and Banton were dismissed, the game looked pretty much done and dusted. However, Pakistan got complacent in the field as a missed stumping and poor bowling brought England into the game. When Moeen Ali had thrashed Shadab three sixes in the over, the game tilted in favor of England. It was only when Wahab Riaz came to Pakistan’s rescue when he delivered a match-winning over in which he conceded 3 runs for 2 wickets. The equation changed from 20 from 12 to 17 from 6. Haris Rauf was able to pull it off despite the second-last ball scare and finally, Pakistan registered a win in the tour.

Amongst the positives, Haider Ali and Hafeez looked classy with the bat with Hafeez took away the Man of the Series. Babar looked more proactive in the last T20I and it seemed that he is learning quickly from his mistakes. In the bowling, Wahab was the standout performer in the death overs. Shaheen, with the new ball, looked threatening in the last T20. Shadab would be disappointed with his performance in the last T20 however, he was the highest wicket-taker in the series. It was quite visible that Pakistan bowling was the weaker link and needs a lot of improvement if Pakistan is to be a world-class team. The lower-order hitting capability of the batsmen was also questionable and requires deliberation and right selection.

Lastly, it has to be remembered that the tour was played under unprecedented circumstances and the credit should be given to our players for touring and playing competitive cricket in England.