@Markhor offers his excellent insight into why the format of the National T20 Cup offers a great opportunity for young players to impress selectors. 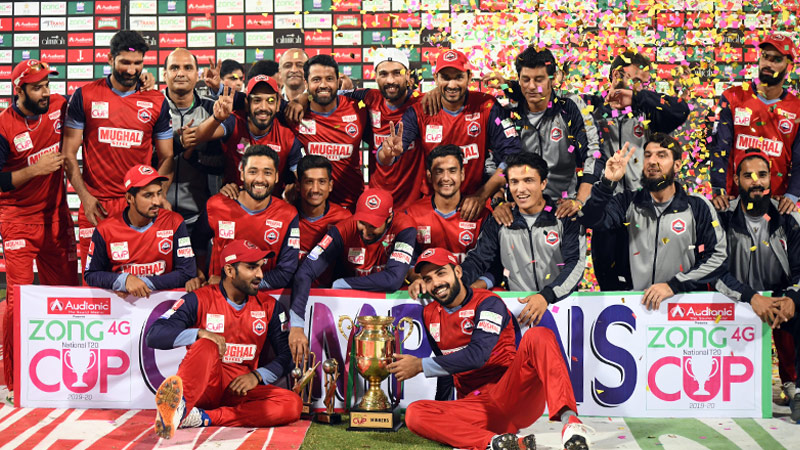 With two back-to-back T20 World Cups on the horizon, the 2020 National T20 Cup takes additional importance. Unlike last year, the tournament will be played on a double league basis. The six regional teams are evenly balanced with a host of exciting youngsters eager to make a name.

Northern are the defending champions, and possessing several internationally capped white ball cricketers they will be the team to beat. Taking wickets should not be an issue with a star studded bowling lineup including Mohammed Amir, Haris Rauf, Imad Wasim, Shadab Khan, Mohammed Nawaz, Sohail Tanvir and Musa Khan who’ve all donned the Pakistan national colours. Meanwhile the batting looks ideally suited for the format with touch players like Haider Ali and Umar Amin complementing big hitters such as Zeeshan Malik, Asif Ali and Sohail Akhtar.

Coach Mohammad Wasim led Northern to the Quaid-e-Azam Trophy final last season against the odds, playing an attacking and watchable brand of cricket.

Strengths: Northern's bowling has the capability to defend any score - with not a single bowler last season conceding at more than 9 runs per over. They also possess excellent depth in all-rounders.

The winners of the 2019/20 Quaid-e-Azam Trophy finished bottom of the group in last year’s National T20. However CP possess the best cricketer in Pakistan in Babar Azam, and an influx of young blood from the U19 ranks will boost CP’s hopes under new coach Shahid Anwar, including all-rounder Qasim Akram and batsman Irfan Khan Niazi.

Their bowling disappointed last year, conceding an average of 190 per innings. They will be shorn of Hasan Ali, still recovering from a back injury.

Strengths: In Babar Azam they possess Pakistan’s only world-class batsman.

Weaknesses: CP bowlers struggled to control the economy rate last season with spinners Zafar Gohar and Bilal Asif conceding at 10 and 11 runs per over respectively, while pace all-rounder Faheem Ashraf went for 10 RPO.

Possessing seven Multan Sultans players including captain Shan Masood, Southern Punjab will hope the success of the PSL league leaders will rub off on a side that reached the semi finals last year. SP are strengthened in the all-rounder department by the arrival of Hussain Talat who helped Balochistan reach the 2019 final.

Batting is a concern. Mohammad Hafeez, Shoaib Malik, and surprisingly Wahab Riaz, utilised in a pinchhitting role, were SP’s leading batsmen in 2019 but have all transferred to Khyber Pakhtunkhwa. Shan Masood, Umar Siddiq and Sohaib Maqsood were disappointing averaging 7, 6 and 21 respectively. However Khushdil Shah and Zeeshan Ashraf can provide power.

Weaknesses: The batting lineup looks vulnerable. Only Hafeez and Malik registered fifties for SP last season, and both have transferred to KPK.

The 2019/20 domestic season was disappointing for Sindh, finishing 5th in both Quaid-e-Azam Trophy and National T20 Cup. Their batting only registered two fifties in the entire tournament, with not a single batsman averaging above 30.

New coach Basit Ali has the services of hard-hitting opener Sharjeel Khan while the addition of Mohammad Asghar adds bite to their spin attack. However Sindh lost left-arm seamer Rumman Raees after suffering another occurrence of his back injury.

Weaknesses: Sindh’s seam attack is weaker compared to the likes of Northern and KPK, while the batting must significantly improve from last year's display.

Possessing an international quality bowling attack, and bolstered by the arrival of veterans Mohammad Hafeez and Shoaib Malik, as well as Pakistan’s leading pacer Shaheen Afridi, KPK will be disappointed if they’re unable to reach the final.

No other team possess the depth in pace options as KPK, with the likes of Shaheen Afridi, Wahab Riaz, Usman Shinwari, Junaid Khan and Arshad Iqbal – all of whom have either international or PSL experience.

Strengths: A star studded pace attack, and possibly the strongest middle-order of any team in the tournament. Legspinner Mohammad Mohsin is tipped as one to watch by coach Abdul Razzaq, and with his height he can extract extra bounce. Mohammad Haris is another exciting prospect, a dynamic batsman who impressed at the U19 World Cup.

Balochistan surprised everyone by reaching the final of last year’s competition. In Akif Javed they have one of the most promising seamers in the country, with the tall left-armer able to swing the white ball and already displaying a good deal of bowling intelligence. The arrival of Usama Mir boosts their spin attack, while Amad Butt’s heroics in the 2019 semi-final vs Southern Punjab demonstrated why he can be a matchwinning allrounder.