Tribute from Saj to Dean Jones who sadly passed away unexpectedly on 24th September 2020. 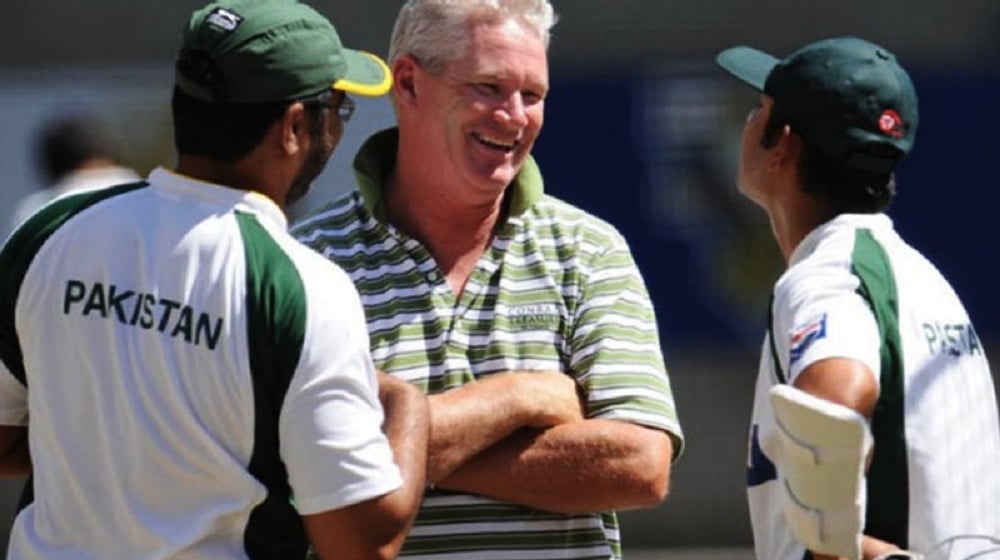 Dean Jones will always be remembered as a no-nonsense cricketer, coach and television pundit. His commentary stints irrespective of when and where they took place, were always interesting to listen to from a technical point of view and he was someone who didn’t hold back if he felt a player needed a kick up the rear when he was on air. Whilst his on and off-air criticism was fierce, he also balanced that with lavish praise for those who deserved it, especially young cricketers who were just making their way in the game.

Behind the tough exterior, the hard-talk and bravado, Dean Jones loved nothing more than to talk about and groom young and upcoming cricketers from around the globe. He absolutely loved it when a young cricketer who he had worked with, performed on the big stage and showed the world what they were capable of. If a young player showed guts and determination, but made a few mistakes along the way, Jones would always back that player and say “give the guy some time, he will come good,” But what Jones hated the most were those players who despite countless opportunities were wasting the talent they had at their disposal, not progressing and making the same mistakes over and over again.

Deano was also someone who hated over-coaching. Whilst he had strong ideas about what coaching should entail, he was a coach who wanted to give players the freedom to express themselves. Obviously, he played in a different era, but Deano’s philosophy on coaching was based around some of the fantastic players that he played alongside. Those greats of Australian cricket were allowed to bloom rather than being tied down with tactics and a text-book philosophy and that was the basis of Jones’ coaching methods.

Deano had strong opinions on anything and everything about cricket, whether it was a player, a coach, a rule and just about everything else. If you asked him for his opinion on a player, you had better get ready for a detailed and no-holds barred assessment, that included every single detail about the player, from strengths, weaknesses to what they needed to work and whether he felt they had the skills to progress. He left nothing to chance, there was homework and there was homework the Deano way.

As a player he was a leader, someone who was unorthodox, a cricketer who didn’t mind upsetting the establishment. He took on challenges head on and was quite often at his best against the toughest opponents and when his team needed him most to perform. He learnt his trade from battle-hardened cricketers such as Allan Border who was his role-model and the batsman that he said he learnt the most from. He came from a generation of cricketers who played hard and never gave an inch to the opposition. There was no such thing as second best, you had to be a winner or go home.

I would quite often receive messages from Deano asking me some tough questions about young players in Pakistan, but he wouldn’t just ask obvious questions about their bowling or batting capabilities, instead he would want to know more about them as people, their background, their mindset, were they willing to learn and what their coaches and team-mates thought of them. During his stint as a Coach at the Pakistan Super League, Jones had impressively built up a good knowledge of Pakistani cricketing talent. In fact, he probably knew more about Pakistani cricketers than many Pakistani coaches did.

The professor as he liked to be called was in his element at the Pakistan Super League. It was his ideal scenario, strutting around with his infamous red book and it was where he could work with Pakistan’s best talent, teach them good habits and to turn them into what he dreamt of – great cricketers for Pakistan. He genuinely had a soft spot for Pakistan cricket, the rawness of Pakistan cricket and he wanted to play an important part in the improvement of the nation’s cricket and players.

Whilst he would never say it, there is no doubt that Deano wanted to be Head Coach of Pakistan one day. He was absolutely gutted when he was overlooked for the role and Misbah-ul-Haq was appointed. He had nothing against Misbah getting the job, but was deeply hurt and annoyed with the process of Misbah’s appointment and vowed not to apply for the role ever again. But you can bet your bottom dollar that if the job had become available once again in the future, Deano would have put his name forward, such was his passion to work with the PCB and with Pakistani cricketers.

The news of Dean Jones’ death has shocked the world of cricket and the cricketing world has lost a good man, a man who wore his heart on his sleeve, a man who wanted to do his best for the great sport and perhaps Pakistan has potentially lost a very fine future Head Coach.