@Markhor reviews the recently concluded National T20 Cup, which saw many performers, especially young batsmen, and the impact it will have on Pakistan's team selection. 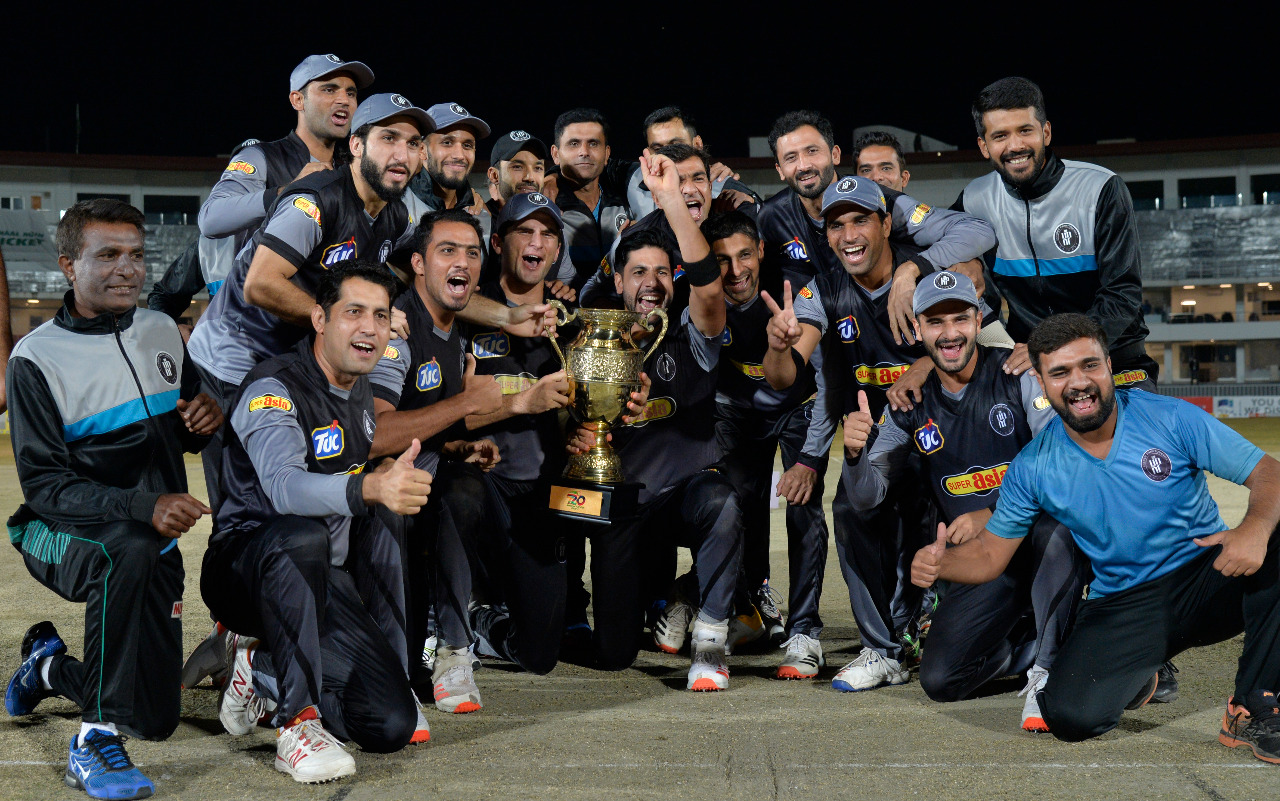 The National T20 Cup was a highly competitive affair with six matches decided by less than ten runs, while a raft of youngsters were elevated to prominence and staked a claim for a place in Pakistan's squad for upcoming series against Zimbabwe and New Zealand. The six team system, lamented by some critics, has enabled greater accountability for players and coaches, and has reduced the gap between domestic and international cricket.

Fielding standards were abject despite the occasional blinder of a catch. There could be no excuses for schoolboy lapses that every team was guilty of.

Defending champions Northern won 8 of 10 group matches, and amassed the largest total of the tournament in their opening match against Khyber Pakhtunkhwa, but came unstuck by a red hot Southern Punjab in the semi-finals. Haider Ali and Zeeshan Malik were key performers with 5 fifties between them, but failures in the semi-final led to a below par score of 160.

Despite that disappointment, Northern continue to impress under coach Mohammad Wasim, delivering an attacking brand of cricket and being unafraid to give young talents an opportunity. Haris Rauf was the second highest wicket-taker of the tournament. He swung the new ball and had the best economy rate from Northern’s pacers. With a smoother runup and if captains are willing to back him with the new ball, Rauf can be asset for Pakistan’s white ball teams.

Shadab Khan’s powerhitting game continued to improve. Batting up the order as he did during the Pakistan Super League has done Shadab’s confidence wonders, and he seemed to also relish the role of captaincy. He also proved to be the best spinner of the tournament taking 15 wickets at 20.86.

The red ball champions had another difficult National T20 campaign. Having finished bottom of the group in 2019, Central Punjab again missed out on semi-final qualification in 2020. Missing a raft of players hindered their cause, with Babar Azam unavailable for the first half of the competition, Ahmed Shehzad and Hasan Ali out to injury, Umar Akmal suspended, and Faheem Ashraf missing several games. Naseem Shah withdrew midway with a groin injury.

Young batsman Abdullah Shafiq impressed with a debut century against Southern Punjab. He looked assured against pace possessing shots on both sides of the wicket, though came unstuck on a few occasions trying to force the pace against spin. However there’s no doubt we’ll be seeing more of Shafiq in the years to come.

Central Punjab had plenty of bowling options but never seemed to settle on their first choice pace attack with Ehsan Adil, Ahmed Bashir, Faheem Ashraf, Sohaibullah and Waqas Maqsood alternating alongside the potent spin duo of Zafar Gohar and Usman Qadir. Saad Nasim was a strange choice as captain for the Multan leg of the tournament given his own place in the XI was questionable.

Under new coach Basit Ali, Sindh improved on last year’s showing going from 5th to 3rd though still looked some distance from winning the tournament. Danish Aziz developed into a clutch lower order finisher, with arguably the standout innings of the tournament of 72* from 47 balls after Sindh were reduced to 34-7 in a chase of 139 against KPK. Khurram Manzoor was solid as opener, but partner Sharjeel Khan and the middle order were too inconsistent with nobody else averaging above 30. Captain Sarfraz Ahmed only had a solitary fifty to his name.

The bowling was a mixed bag. Wily campaigner Sohail Khan was the pick of the bunch with 15 wickets but the other pacers were too expensive – with Mohammad Hasnain, Mir Hamza, Ghulam Mudassar and Anwar Ali all conceding over 9 RPO. Sindh’s specialist spinners Mohammad Asghar and Hassan Khan neither took enough wickets or controlled the rate.

On a brighter note, Azam Khan was the third highest six hitter in the tournament with 19 maximums to his name. If the son of former Pakistan wicketkeeper Moin Khan continues to work on his fitness, he may find himself in the squad for the 2021 T20 World Cup.

Plucky underdogs Balochistan reached the final against all odds last year, but finished bottom of the group on Net Run Rate. It wasn’t a fair reflection of their tournament, but needing to win a crunch game against Southern Punjab in their final group match – they imploded dramatically.

Balochistan won 4 of their first 6 matches, but failed to win a game thereafter, with a lack of batting firepower and the loss of their best pacer Akif Javed to injury proving costly.

The lineup was heavily reliant on Imam-ul-Haq, while big hitters Awais Zia and Bismillah Khan lacked consistency. Coach Faisal Iqbal promoted Quetta born batsman Abdul Bangalzai from the 2nd XI, however the youngster found the transition difficult - but not without creating a lasting memory by scooping pacer Mohammad Hasnain for six in one of the shots of the tournament.

The spinners struggled with Yasir Shah and Kashif Bhatti not being natural T20 bowlers with Usama Mir unable to take a wicket. Umar Gul made an emotional exit in his last tournament having announced his retirement, and gave a typically wholehearted effort but was expensive. Amad Butt was their leading wicket-taker but conceded at 9.51 RPO, while Umaid Asif, Khurram Shehzad and Taj Wali returned figures of 1-152, 4-175 and 2-77. That meant Akif Javed was effectively carrying the pace attack. The left armer from Karak demonstrated skills with the new and old ball, and while not possessing the express pace of Naseem Shah or Mohammad Hasnain, arguably has better bowling intelligence and with an improved jump has potential to add speed.

SP then embarked on a dramatic comeback, grinding out a win over Central Punjab by 3 runs before flattening Sindh and Balochistan, chasing 162 in just 10.4 overs against the latter in a virtual knockout to miraculously close their Net Run Rate deficit and squeak into the semi-finals where they upset favourites Northern.

Sohaib Maqsood demonstrated his powerhitting ability – a bittersweet reminder to Pakistan fans of his unfulfilled potential at international level. Khushdil Shah was the leading six hitter of the National T20 with 25 maximums though his heavy reliance on scoring boundaries through the leg-side against pace, and dismissals to pacers from balls pitched outside off suggested he still had some technical work to do if he’s to succeed in internationals.

SP’s wicketkeeper and all-rounders Zeeshan Ashraf, Hussain Talat and Aamer Yamin also impressed with the bat scoring at excellent strike rates. Captain Shan Masood led his side intelligently and produced a superb captain’s knock in the semi-final against Northern. However SP’s poor death bowling cost them in the final – conceding 73 runs in the last 4 overs.

KPK boasted an international standard pace attack and so they proved to be the difference. Not a single KPK pacer conceded at more than 9 RPO or had a bowling average higher than 27. Shaheen Afridi affirmed he’s the best seamer in the country, and was the leading wicket-taker of the competition with 20 scalps. His inswinging yorkers at pace were unplayable at times and helped produce two 5-fers.

The batting was stacked with experienced campaigners. Fakhar Zaman and Shoaib Malik scored fifties in the final while Mohammad Hafeez struck boundaries seemingly with effortless timing. Mohammad Rizwan led from the front - his wicket-keeping was superb as ever and although the margin of victory in the final was only 10 runs – they never looked like losing.

KPK’s triumph may be bittersweet though for some critics arguing that T20 cricket ought to be a place to groom youngsters. However KPK fielded 8 players over the age of 30 in the final with only Shaheen Afridi below the age of 25. Nevertheless as KPK’s centrally contracted players leave for national duty, there’ll be opportunities for youngsters in the Quaid-e-Azam Trophy, including the U19 graduate Mohammad Haris who struck his first domestic fifty vs Northern’s strong attack.