@Bewal Express analyses the strengths and weaknesseses of Pakistan's 35-man squad selected for the 2 Test and 3 T20I series against New Zealand and explains why, in his opinion, there is some ground for optimism. 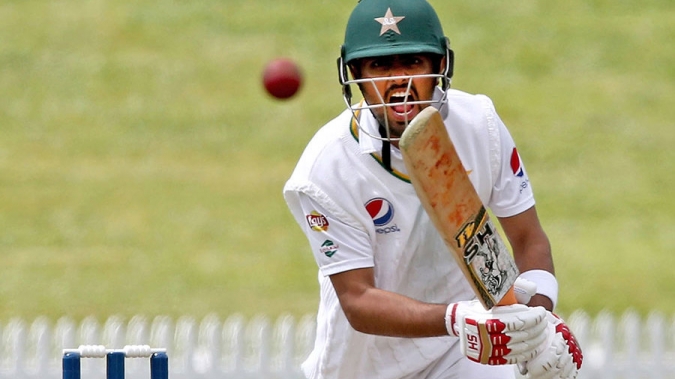 As we edge closer towards the enticing encounters awaiting Pakistan in New Zealand starting in December, there is a mixed sense of excitement and foreboding amongst the Pakistani fanbase.

Babar Azam, Pakistan’s golden boy who has been accumulating more and more fans through his pure style and elegance at the crease, now faces the biggest challenge of his career to date as he stares down the spotlight that awaits him in Test captaincy. There are few jobs harder in World sport than being the Captain of Pakistan and results of recent tours suggest Babar has his work cut out, leading a Pakistan team low on confidence into battle against a supremely upbeat New Zealand side.  The Kiwis are sure to be motivated to do better in front of their home crowds, which in the light of recent times will be a sight in itself.

Pakistan’s overall record in New Zealand has been excellent for the best part of 2 decades but in recent tours the team has struggled to cope with conditions which are amongst the toughest in international cricket.  The Black Caps usually play to their strengths on slow seamers at home and in recent times have hammered India and also had the better of England.

Misbah-ul-Haq is already under immense pressure due to a string of recent poor results and another heavy defeat in any one format could well end his reign. Whilst many have been critical of the former Chief Selector’s selection policies in the past, the omission of Asad Shafiq from the 35-member squad for the tour which includes 2 Tests and 3 T20Is, has been met with a sigh of relief. This change will in turn mean that experienced fellow batsmen Azhar Ali, Fawad Alam and Haris Sohail will come under the microscope during the series as the pressure will fall on them to prop up the fragile Pakistan batting.

As seen before, in conditions with movement and bounce, the Pakistani batting line-up has lacked the consistently and attitude to perform at the standard required to win a Test series away from home.  And in this regard, feeling the most heat will be  Azhar Ali, the most experienced player whose consistency has been lacking in recent times with a number of low scores throughout these away tours with his only saving grace being a face-saving innings at the Rose Bowl. Whether that one innings can propel him to back into some sort of consistent form remains to be seen. His failings as well as those of others on an all to regular basis gives the impression of a side that solely relies on Babar, creating a Babar vs the opposition situation, which will simply be not good enough against the abilities of a skilled and varied Kiwi bowling line up.

The fact is that Pakistan batsmen will be up against a one of the best bowling units in world cricket. If they can somehow survive the swing and guile of Trent Boult and Tim Southee, they will have to face the steep bounce of Kyle Jamieson, and the bouncer barrage from Neil Wagner. Not only will it take skill on the green tops to survive but it will be a test of the ticker our batsmen possess. However, one feels that if the batsmen can put 300 on the board in Tests then Pakistan will be in the game.

The bowling group chosen by Misbah-ul-Haq was as expected and in all honesty has no real surprises. Looking at the fire-power in the squad, one gets a tingling of hope going into the series, but let’s hope that this faith is not misplaced.

Much of the burden lies on our talented quickies, Shaheen Shah Afridi and Naseem Shah, to lead the attack and provide a consistent attacking threat to an experienced Kiwi line up. Both had their moments in England but in the end neither made the impression that we had hoped for. Naseem in particular struggled with consistency and if he has another fruitless series, he may have to go back to domestic cricket to hone his skills and consistency and could be out for a few series until the selectors became convinced again about his utility to the national side.

With the 2 young guns, will be the experienced operator Mohammad Abbas. He looked dangerous with new ball in England in Tests but once the shine had gone, he looked harmless and didn’t provide the much-needed leadership the 2 young quickies needed. With the older ball he lacked the guile and knack of taking wickets and relied only on containment as his means of success. Whilst that trait is advantageous, this strategy looks to be a dead end against a side that contains the qualities of Kane Williamson, Ross Taylor and BJ Watling, players who are known for the patience and longevity of their innings. Premier Leggie Yasir Shah will also be keen to start off where he left off in England. For many the revival of his hard-spinning leg break was fundamental to his armoury and it will be interesting to see how Babar manages his senior spinner- both strategically and personally. Previous captains have notoriously been negative in their mindset and have not shown confidence in him, which has been abundantly transparent by the fields they have set for him. Let’s hope that Babar and Yasir can find a way to challenge the Home team.

Looking at the Pakistan’s young guns on this tour, the presence of 2 youngsters in the shape of Haider Ali and Abdullah Shafique is indeed a breath of fresh air. Haider has really caught the eye of many since bursting on the scene over the last few months in T20 games, as has Abdullah Shafique who will provide some healthy competition within the squad. Abdullah seems to have the talent and maturity to develop and this tour could provide the opportunity to accelerate his development in alien conditions. Another player who Pakistan fans are looking forward to seeing is Zeeshan Malik, he seems to have the stroke play of Imran Nazir but more worryingly, his temperament too.  These new inclusions will hopefully gain some experience of new conditions on the tour through the Shaheens which should provide the required experience for them to become pillars for the batting line-up during the decade. The only batting selection that has ruffled feathers amongst the Pakistan faithful is the exclusion of stylish, left-hand batter Saud Shakeel. He has excited many with a string of strong performance over the last couple of first-class seasons which has led to many become strong admirers of the stroke maker. The lad should have been in the Test Squad but sadly it is not to be.

Overall, there is grounds for confidence that Pakistan may pull off a surprise win in the Tests, but chances of success in the shorter format look limited to say the least. The Test results will be dependent on how we bat in the 1st innings and we showed enough in England  to suggest that we can at least be competitive in the 1st innings and stay in the game and win at least a Test. The same cannot be said of our batting in the T20 format and a whitewash in the favour of the host looks like a likely outcome.