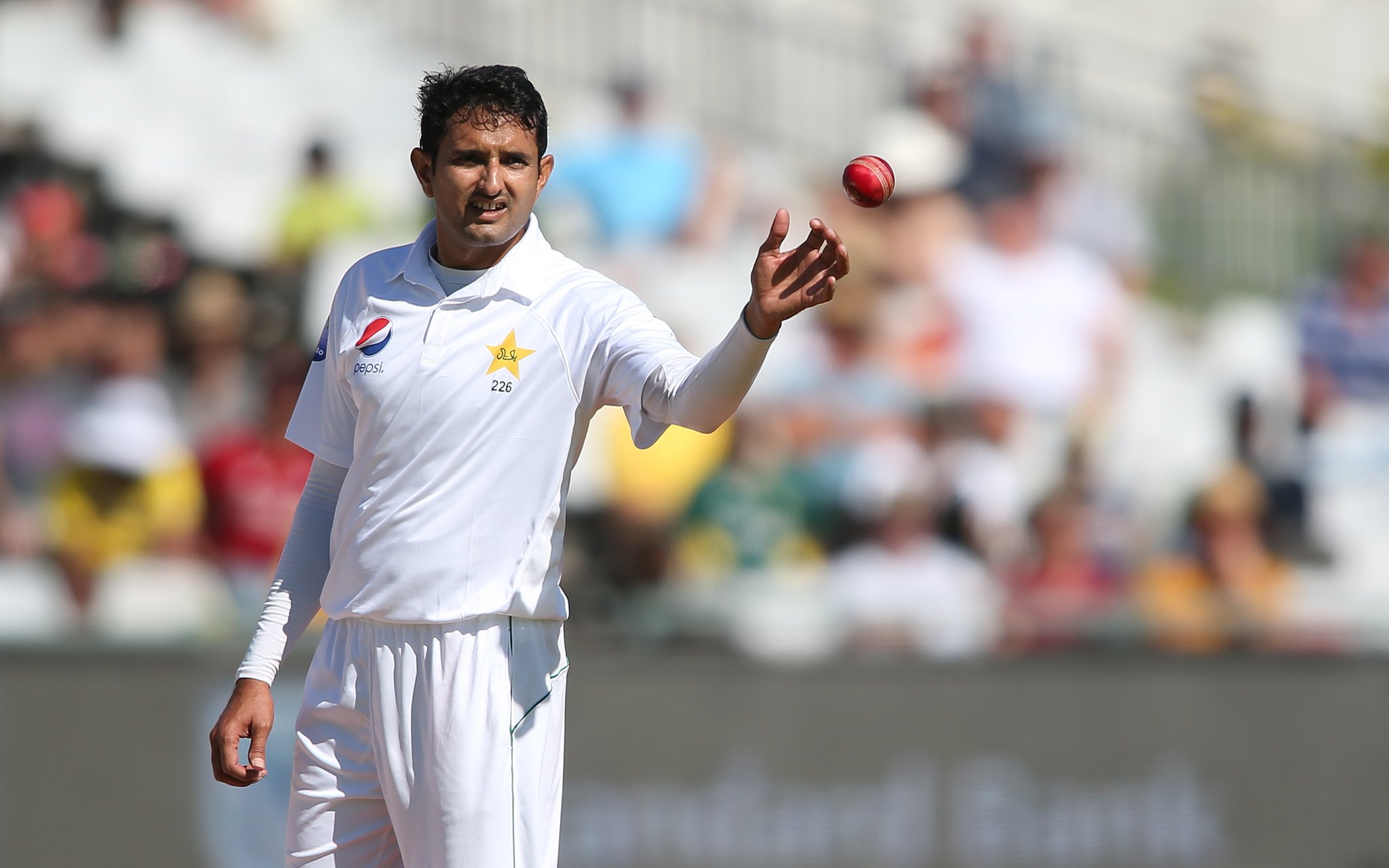 Pakistan plunged new lows with an innings defeat in Christchurch at the hands of New Zealand, marking 15 straight Test defeats in the Southern Hemisphere. The visitors were woeful in all departments barring a few gutsy but futile individual displays.

Having conceding 659-6 in Christchurch, and failing to take 20 wickets in either Test in New Zealand, a country conjuring up images of green pitches and assistance for seam and swing, questions must be asked of the bowlers. The numbers are stark. The bowlers collectively averaged 60.47 runs per wicket, the worst by any Pakistan attack in New Zealand. 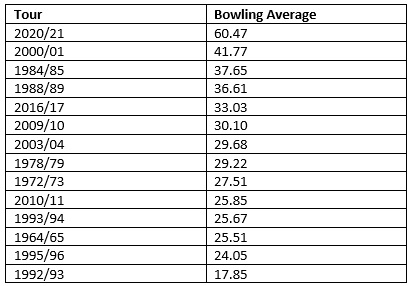 This tour is not an aberration. Over a year ago in Australia, Pakistan produced the worst bowling effort in its Test history leaking 89.92 runs per wicket. Excluding the rain-interrupted 2nd Test vs England last summer, Pakistan failed to bowl the opposition out 6 times in 13 innings under head coach Misbah-ul-Haq and bowling coach Waqar Younis who preside over the second worst Test attack since their appointments.

For a country that romanticises its fast bowling history, these are shocking numbers. Many excuses are made from the batsmen not providing enough runs to work with to shoddy fielding.

It’s true Pakistan’s top four were extremely disappointing. Shan Masood had a tour to forget while Abid Ali seemed unable to convert starts into longer stays at the crease. Azhar Ali failed in the First Test though produced an excellent 93 in the 2nd Test. Haris Sohail’s poor footwork and judgment outside offstump meant his struggles continued and frankly with a history of fitness issues seems likeliest to make way for the returning Babar Azam who Pakistan sorely missed. Fawad Alam’s valiant hundred in Mount Maunganui was the only knock of note from the left-hander. Only the lower order of Mohammad Rizwan, Faheem Ashraf and Zafar Gohar produced consistent displays.

Most teams have struggled post-lockdown with fielding but Pakistan were not a team of Jonty Rhodes even before the COVID-19 pandemic and past attacks were still able to take 20 wickets despite slipshod fielders.

To address the problem one must accept the reality. Pakistan have not produced a fast bowler who has reached 200 Test wickets since Waqar Younis. So many names have come and gone due to injury, controversies or faded away after initial promise. Currently, there isn’t a single world-class bowler.

Shaheen Afridi is the brightest prospect and developing into a top white ball bowler, but having played more Tests than domestic FC matches, expecting him to spearhead the attack in Australia, England and New Zealand is unfair. Mohammad Abbas is the most experienced campaigner but also has limitations to his effectiveness. While possessing terrific accuracy, he has seen a drop in pace to the 120-125kph mark since a shoulder injury two years ago which’s alarming for someone never quick to begin with. Most Test batsmen can easily adjust to such pace, and averaging over 100 to batsmen standing outside their crease, he was neutralised by New Zealand. All-rounder Faheem Ashraf is a fourth seamer at best while spinners Yasir Shah and Zafar Gohar were unlikely to do much on green wickets.

Naseem Shah, for all the hype generated before his debut, was completely out of sorts. A changed runup, a drop in pace and looking badly short of match practice, with figures of 4 wickets at 73 apiece at 4.5 RPO, means further debate will be generated as to why such a raw youngster was fast-tracked into Test cricket. Without genuine pace and limited skillset to fall back on – such a drubbing was inevitable. The only solution is for Naseem to return to domestic cricket where he can learn the art of setting up batsmen and improve his control.

The PCB now face difficult questions. Do they cut their losses with Misbah-ul-Haq or allow him to continue until the T20 World Cup ? No matter the decision, it’s time Pakistan understand the old maxim – you cannot win Test matches without 20 wickets. This attack is not up to it.