In his Beyond the Boundary article, @Markhor examines the reasons behind Pakistan's comprehensive 2-0 Test series win against South Africa and looks forward to a brighter future for Babar Azam and his Test side. 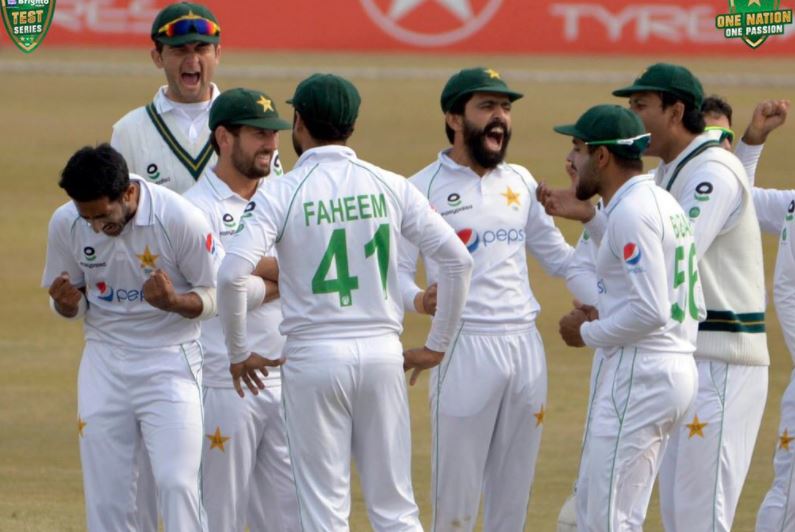 After two bruising tours of England and New Zealand, Pakistan’s 2-0 home series win over South Africa provides a much needed lift and Babar Azam’s first Test series win as captain. Coach Misbah-ul-Haq was told by PCB’s Cricket Committee there’d be no prizes for finishing second, but this victory offers a platform to build on.

It was not without toil. After Shan Masood was dumped after a horror show in New Zealand, Imran Butt became the 16th Test opener used by Pakistan since 2010. Yet Butt and partner Abid Ali could only muster partnerships of 5, 21, 22 and 0. This meant over-reliance on the middle and lower order to repeatedly bail the team out.

Imran Butt’s domestic record did not suggest a smooth transition to international cricket – averaging above 40 only once since 2015. Although unlucky to receive a pea-shooter in the 2nd innings in Rawalpindi, his looseness outside offstump and hesitant footwork against spin was concerning. Abid Ali fared little better. After tours of England and New Zealand yielding just one fifty in nine innings, Abid hoped to thrive on familiar home wickets where he’d compiled two hundreds in his first two Tests, but was all at sea against Rabada and Nortje who exploited uneven bounce.

Even Babar Azam had a quiet series by his standards. Keshav Maharaj dismissed him three times, not to deliveries that ragged square but went straight on with Babar not getting to the pitch of the ball. Instead of going properly forward or staying back to spinners, Babar’s half-hearted footwork led to trouble as did his technique of keeping bat and pad together - risky in an era of DRS. Comparisons with the “Fab Four” have been premature, but Babar’s work ethic and reflective abilities, and advice of two masterful spin players in Younis Khan and Misbah-ul-Haq, means critics would be unwise to write the young star off.

On a positive note, the mid to lower order proved resilient. Fawad Alam’s hundred in Karachi helped Pakistan take a 1st innings lead. Mohammad Rizwan’s counterattacks in crisis situations were invaluable, his last three fifties and a maiden hundred coming with the side at 52-5, 75-4, 83-4 and 63-4. Faheem Ashraf continued his remarkable turnaround in batting form. After work with NHPC batting coach Mohammad Yousuf, Faheem averages 59. If Faheem offers more penetration with his bowling, he can become a world class all-rounder.

The spinners took 14 wickets in Karachi with Yasir Shah producing a fatal South African collapse on the third evening while debutant Nauman Ali, although not a big turner of the ball, outfoxed the opposition with clever changes of pace and angles. The seamers took over in Rawalpindi, a seam friendly venue historically. Hasan Ali’s 10-fer, including a double strike triggering a collapse of 7-33, displayed why new Chief Selector Mohammad Wasim was right to reward his domestic form. However both Shaheen and Hasan could be expensive with the first new ball and lack of wickets upfront was concerning.

Meanwhile South Africa’s misery in Asia continues. Their batsmen often failed to put a price on their wicket and some shambolic running between the wickets meant they failed to produce a single score of 300. Quinton de Kock’s batting form was poor and his use of DRS even worse. World cricket needs a strong South Africa and one hopes they can recover from their present turmoil on and off the field.

The margin for error will be smaller against tougher opponents, and Pakistan have many areas to improve upon. But they must focus on beating what’s in front of them, and being the “best of the rest” after the top four ranked nations. Victory in this compelling series was a start.