The ICC Men's T20 World Cup is by far the most difficult ICC tournament to predict, purely based on the nature of the format. Once a team makes it out of groups, they have to play superior Cricket for just 80 overs in order to be crowned champions. That is less than one ODI. That isn't to say that preparation, planning and execution still aren't of the utmost importance.

I want to observe some of the strengths, weaknesses and win conditions of each team participating in the tournament. (The teams that have already secured a place in the Super 12 round, including Bangladesh) 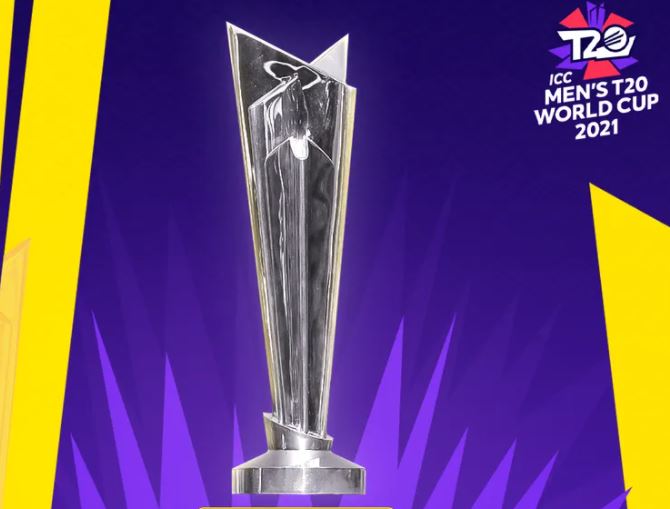 Historically, the greatest team when it comes to ODI Cricket. Yet, they have not been able to replicate this success in T20Is. They have been unable to win a single World Cup in the format. The worrying sign for them in this edition is David Warner's recent slump. Possibly their best T20I batsman along with their captain. However, this may be cancelled out by Glen Maxwell's stellar form in the IPL. What Australia can be pleased about is that Maxwell's prolific run started in the second leg of the IPL in the UAE. Which is also where the World Cup will be held. Their pace attack looks excellent with the trio of Mitchell Starc, Pat Cummins and Josh Hazelwood. Their success will depend on how well their spinners like Adam Zampa will be able to support their pace attack.

What is there to say about this England batting line-up that has not already been said? On paper, the most terrifying batting card heading into the tournament. No team can match their explosiveness or their depth. England's success will depend on two things. How well they can utilize said batting line-up in terms of the order and in terms of adapting (sending in a more explosive player or someone more orthodox depending on the situation). Secondly, how well their bowling line-up can support their batting line-up. Adil Rashid has proven himself to be excellent in this format and his spells in the middle overs will be crucial. Finally, the absence of Ben Stokes who has been a key component of this England line-up in the past (providing lot of balance and hard carrying them during various pressure moments), will be interesting to observe.

In my opinion India are the favourites heading into this tournament along with England. However, we have established that anything can happen in this form of the game. We must also not forget that since the 2013 Champions Trophy, India have been favourites heading into at least 3 of the following 6 tournaments, but have not been able to win a single one. 2014 World T20, 2015 World Cup, 2016 World T20, 2017 Champions Trophy, 2019 World Cup, and the inaugural Test Championship. This will undoubtedly be weighing on Virat Kohli and his men. 7 tournament losses in a row will not sit well with Indian fans. Regardless, this is an extremely balanced side in all departments. If anything, the one question mark is on their middle order. How well will the others be able to do in games where Virat Kohli and Rohit Sharma do not fire?

New Zealand are a team that have been criticized for lacking the killer instinct that is required in order to win big tournaments. However, their recent Test Championship win (despite it being a different format) may just be the turning point for them. This is a team that has all bases covered. They have explosive batsmen who are backed by the reliability of Kane Williamson and the foil that he provides. Their pace and spin attacks both look formidable as well. I feel that Martin Guptill at the top of the order will be key. He had a poor ODI World Cup and will be eager to stamp his mark on this tournament.

Pakistan were possibly the most successful T20I team for the first 5 years of the format. Making the final, winning the cup, and making back to back semi finals - in the first 4 editions of the tournament respectively. It seems like the rest of the world just overtook them over the last 6 years. Could this be a chance for them to have a deep run and remind us of the old Pakistan T20I teams. The two main weaknesses in this Pakistan team are the middle order and the spin attack. If Pakistan are to run the gauntlet in this tournament, it is imperative that a few middle order batsmen step up and support Babar Azam and Mohammad Rizwan. Mohammad Hafeez and Shoaib Malik are the two most experienced T20I players of all time and there is no excuse for them not to step up in this tournament. To make up for the lack of an experienced specialist spinner, either the spearhead pacers like Shaheen Afridi or Hasan Ali will have to take extra responsibility. Or one of the spin bowling all rounders will have to have the tournament of their life. Pakistan has also historically been the poorest fielding side. In a format as short as this, there is no excuse for every single fielder to not be switched on and at the top of his game.

South Africa have struggled recently with the retirement of some of their great players. However, their recent T20I away series wins against West Indies and Sri Lanka will provide this young team with a lot of self belief. The "choker" tag has followed South African Cricket for decades. But you can't really choke in a tournament if you aren't favourites. In this case, South Africa are not. If they are able to walk away from this tournament as winners, it will be one of this sport's most legendary tournament runs. All eyes are on Quinton de Kock and Kagiso Rabada. Two South African greats in the making.

The only team that have won more than 1 T20 World Cup. One of the constants in both their World Cup wins was Darren Sammy's captaincy. They do not have that at their disposal in this iteration. Apart from their big guns firing, their success will depend on how well Kieron Pollard can lead this team. They also fall into the category of those teams whose bowling lineup must step up and support their explosive batting if they are to win.

Only a few weeks before the tournament, Rashid Khan stepped down as captain citing disagreement with the selectors. This will only add to the internal turmoil that is often present within the Afghanistan team. On paper, Afghanistan can defeat any team in a T20 in the UAE. They possibly have the best spin attack in the world with the likes of Rashid Khan and Mohammad Nabi at their disposal. Nabi also provides necessary reliability to their batting line-up. For Afghanistan, their success will depend on how well they can play as a unit by setting aside conflicts and differences. Their more destructive batsmen like Mohammad Shahzad and Hazratullah Zazai will also have to bring a touch of consistency.

What immediately stands out is Tamim Iqbal's absence. By far, their most prolific opener in the format. How well Bangladesh can set a platform at the top of the order - to allow players like Shakib Al Hasan, Mahmudullah and Mushfiqur Rahim to capitalize off of - will determine how far they go in this tournament. They have the ideal T20 bowling line-up for the conditions with capable all rounders, the experience of Shakib and the skills of Mustafizur Rahman. Furthermore, they need to keep their composure during the closing phase of games. Something that they have been famously unable to do in T20 tournaments in the past. If they are able to make it into the Super 12, they will also have the added advantage of recent games played in similar conditions.