If Pakistan show up to the party, they can certainly blow any opposition away

In his detailed article, Uzmanbeast, discusses Pakistan's chances of success in their ICC World T20 Cup campaign which begins with the iconic clash against India on 24th October. 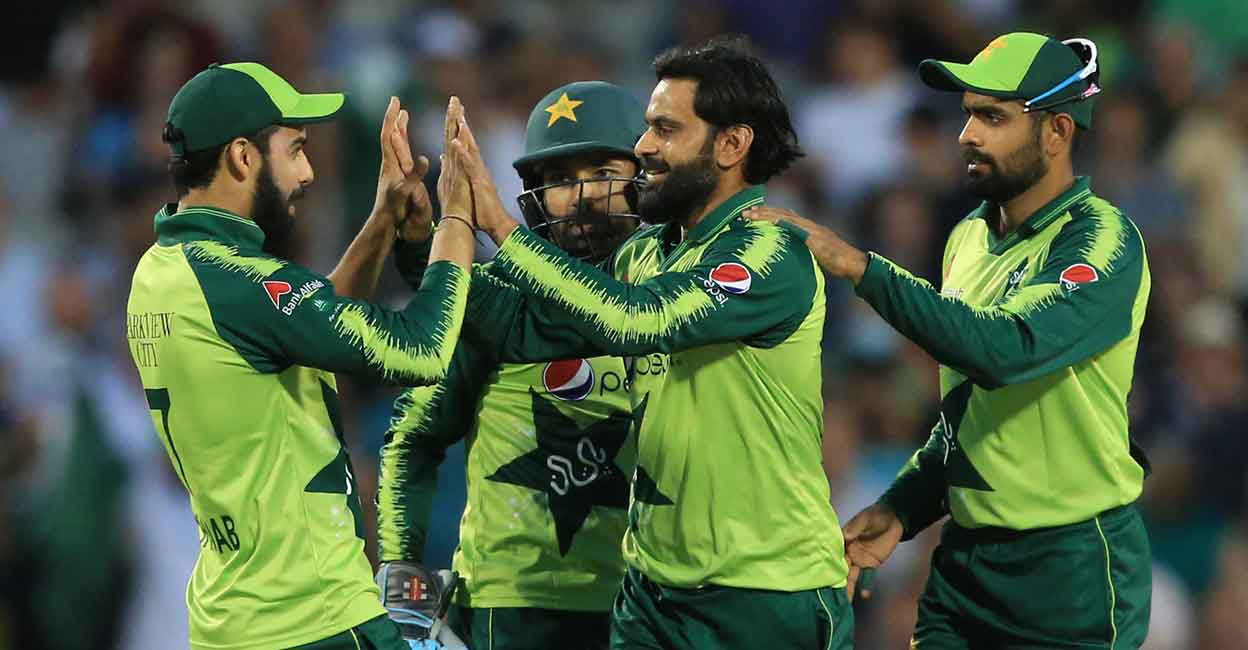 The big question: will we see shades of green anywhere in the stadium on November 14th?

Pakistan, known rather lovingly for their “mercurial” tendency to show up when it matters, will need to first let go of this behavior if they truly want to contend for the title.

T20 cricket is a format that is so fast-paced that any ounce of laziness or lethargic behavior, be it for just a minute when a fielder lets a ball go through his legs, or a 15-minute phase of the game when a team lets the opposition batsmen break the shackles and explode.

Interestingly, Pakistan has seen all of this and more, the poor fielding, the transparent bowling plans, and the middle-order instability that will haunt them the night of the 23rd.

So, to be as blunt as possible, what actually are Pakistan’s chances of winning the tournament?

In many press conferences, captain and run-machine Babar Azam has harped on about instilling aggression and belief within the group of inexperienced bowlers and perhaps very experienced middle-order with the recent changes to the squad. The Green Team went back to tried and tested veteran Shoaib Malik to strengthen the lacking middle-order.

Pakistan’s greatest strength lies in their ability to start games off well; a solid opening partnership is desired in all formats, but in T20s, a good platform set gives the middle-order and lower-order hitters the chance to come around and bash the leather off the ball.

Both average excess of 50 at the top of the order in T20Is. They are undoubtedly the two pillars of consistency in a largely inconsistent team. One thing can be certain; if Babar and Rizwan get good starts, then the Green Team has a very good chance of posting good totals. Their batting style of cashing in and keeping the scoreboard ticking allows them to remove virtually all the pressure from the middle-order, as seen in the 1st T20I in England earlier this year.

Further along comes the middle-order, most probably in the order of Haider Ali, Shoaib Malik, Mohammad Hafeez, and Fakhar Zaman. Mixed in with two experienced seniors and one ultra-aggressive left-handed batsman is a new kid on the block, Haider Ali. When he first burst onto the scene, there was a lot of excitement due to a very polished 50 against a good England line-up. Since then, his form has faded until recently, where he rediscovered himself and what it means to bat in T20 cricket. The veteran duo that Pakistani fans have seen for a long time, Shoaib Malik and Mohammad Hafeez, are arguably two other pillars in the side that will need to stand up against quality spinners. Their experience of playing against some of the world’s best, along with the fact that they possess good skills to bat in the middle overs (strike rotation, communication, fitness, ability to accelerate). Both can also bowl a few tidy overs of right-arm off-spin, something that Pakistan should use to their full advantage whenever possible.

For Pakistan, consistency matters more than quick runs. A weak middle-order meant that despite the openers producing good platforms, in the series before the recent changes, the side crumbled quickly within the span of just a few overs. This new middle-order should help the team put runs on the board consistently, something that is of great benefit in UAE conditions.

The bowling lacks one good frontline spinner, because all of Mohammad Nawaz, Imad Wasim, Mohammad Hafeez, Shoaib Malik, and Shadab Khan are spinners who don’t necessarily spin the ball by a great margin. Of course, each has been successful in their own ways (barring Shadab Khan who has been in sub-par bowling form and Shoaib Malik who hasn’t bowled in recent times), but the need for a genuine spinner who can turn the ball will be missed once batsmen become accustomed to the low-bounce wickets.

Finger-spin is making a comeback in UAE conditions, and perhaps in T20Is because leg-spinners are being discovered quite easily. A bowler who gives his captain control and a good economy rate is sought after more than a leg-spinner who will leak runs, and in low-scoring affairs, every run matters.

Pakistan’s pace battery is exciting though it is quite raw. Hasan Ali is perhaps the spearhead of the bowling with his intelligent change-ups and versatility. Shaheen is lethal with the new ball but his death-overs bowling is not always consistent. Mohammad Wasim Jr. is very young but has shown signs of potential, and Haris Rauf has been a tad bit expensive though he can provide crucial breakthroughs.

Pakistan’s chances arguably depend on the first game with India. If Pakistan hit the ground running and overpower the Men in Blue, who have an impeccable squad themselves, it could provide the momentum needed to beat two other dark horses, Afghanistan and New Zealand.

Being as blunt as possible, Pakistan’s group is difficult. Each of the teams is looking hungry for the title, and it’s all about who has the hunger, drive, and dedication to power through and qualify first.

Early qualification means that the squad has more time to regroup and focus on potential semi-finalists, and make strategies.

Speaking of strategies, Pakistan will need to use data-driven matchups to have the best chance of winning games.

A floater strategy can be incorporated to maximize the different phases of the game, such as bringing on players against bowling types they are more comfortable with. Another aspect of this strategy is to keep the opposition guessing and fiddle with their bowling plans and combinations. All the players on the team have shown their versatility in both domestic and franchise cricket, so it will be important to use this to their advantage whenever the opportunity presents itself. Keeping the opposition guessing is a way to divert pressure on the opposition captain’s ability to manage bowlers, and it can quite literally bring the game back into your favor.

Pakistan’s strategy should revolve around bowling first on dry, low-bounce and low-scoring wickets whereas batting first on better surfaces. Dew might become an important factor later on in the tournament, and so will spin.

Pakistan has no place to hide this coming T20 WC. This is a party with teams who are literal giants in the format, so if Pakistan wants to survive, they must roll up their sleeves and get down to business.

Who knows, if everything clicks, if the Babar-Rizwan combo constantly put up entertaining partnerships, if Malik-Hafeez keep the momentum going, if Hasan Ali and Shaheen Shah Afridi take early wickets, if Shadab Khan, Imad Wasim and Mohammad Hafeez choke oppositions with spin, and if every member in the team takes their catches, you could see a lot of green come November 14th.

One thing is for certain, any complacency and the flight from Dubai to Karachi is about 3 hours.

With some luck, some determination, and the right mindset, Pakistan can see themselves placed for contention in the semi-finals.

We don’t often see strong winds in Dubai, but if Pakistan show up to the party, they can certainly blow oppositions away.