In his article for PakPassion.net's Beyond the Boundary section, @UzmanBeast writes about Pakistan's amazing journey from underdogs to favourites in the ICC T20 World Cup but points out issues which if not fixed that could well see their journey end on 11th November. 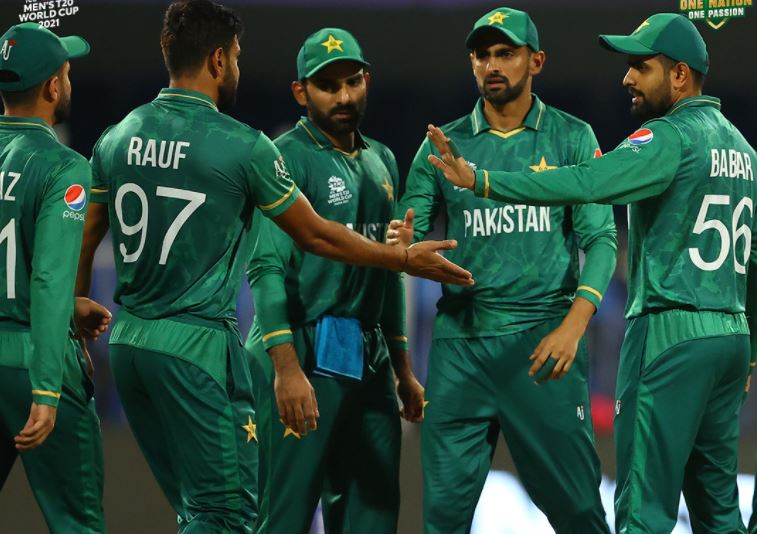 A few weeks ago, many had simply written Pakistan off their list of favorites to grasp the title in this edition of the ICC Men’s T20 World Cup 2021. We can just hope that those people made their lists in pencil.

Babar Azam’s side have fulfilled the goal they would have sought after at the beginning of the world cup; make the semi-finals with sufficient momentum and without any concerns. They have done just that, winning 5 out of 5 in the Super 12 stage.

In such a consistent stream of performances, there are bound to be great things to talk about, but there are also a few notable concerns that could haunt them on that fateful day against a top tier Australian team.

Most notably, Pakistan’s openers have been amongst the runs, which is perhaps an understatement. Babar Azam notched up four half-centuries in 5 games, albeit in different fashions. Mohammad Rizwan, his opening partner, needs no introduction himself, scoring an excess of 200 runs across the five games. Many teams would give an arm and a leg for such unparalleled consistency at the top of the order, it simply seems like they are making runs for the fun of it. However, the chink in the armor, which many wouldn’t presume at first, is in fact the opening partnership itself. Against a pool of largely weaker oppositions, both openers have barely been able to play run-a-ball in the powerplays. This mostly comes down to a lack of boundary hitting, and minimal risk-taking strokes being played. Even Mohammad Rizwan, who is usually the aggressor at the top of the order, has struggled to dispatch the bowling in a clinical fashion. Against one of the best bowling attacks in the competition, composed of Mitchell Starc, Josh Hazlewood, Pat Cummins, and Adam Zampa, both openers cannot afford to linger around and hope for easy runs. The most concerning aspect of this opening partnership is that they are reluctant to apply any pressure on the bowling themselves, instead, they prefer to wait for loose deliveries of which there will be none on 11th November, 2021.

Fakhar Zaman is the biggest concern after the opening partnership. After two blistering innings in the practice games, he has gone completely cold, producing no score of substance. His release shot against the spinners is starting to get very noticeable and premeditating the stroke won’t help against clever spinners like Adam Zampa and Ashton Agar, who will toss it up outside the arc. The technical faults of Fakhar Zaman have come to the forefront of this World Cup campaign, his unusually high bat lift prevents the flexibility of the wrists needed to rotate strike on the leg-side. Spinners would look to bowl slightly short (aiming at the top of the stumps) and into his pads, because there is a very good probability of him missing the ball or playing a long string of dots. The game-changing Fakhar Zaman we have come to know has yet to turn up to the party, and should his form continue to falter, it could end up costing Pakistan of a title they desperately need, to prove to the world that they are one of the best teams out there.

The veteran duo of Mohammad Hafeez and Shoaib Malik have performed well given the limited batting opportunities that have come their way. Malik, just recently, went on to score a blistering half-century against a rattled Scotland bowling attack. His 54* came off just 18 balls, at a whopping strike rate of 300. Hafeez himself has chipped in with good cameo innings against New Zealand, Namibia, and Scotland. We all know their capability to regroup should there be a loss of early wickets, but questions about Fakhar Zaman’s form will come to the forefront after these innings from the two veteran players. The questions go along the lines of: should Fakhar Zaman occupy the #3 slot if he is consistently unable to assure the team of his strike rotation? Would he be better off swapping down the order with Hafeez where he can come and play with more freedom and aggression? It is common sense that players in form should maximize the number of deliveries they face, so if this same tactic is being used for Babar and Rizwan, should the same not apply to Hafeez and Malik who are considerably more likely to score runs?

Asif Ali has been a revelation in the lower middle-order for Pakistan. His six-hitting ability, which has got him much recognition at the domestic level, has finally presented itself at the international level. Blistering performances against New Zealand and Afghanistan, both in troubling circumstances, have given Pakistan the assurance that they have a player in their ranks capable of turning on the heat when needed.

The rest of the lower-middle order being Shadab Khan, Imad Wasim, and Hasan Ali have hardly gotten any games in the Super 12s to showcase their batting prowess, and Pakistan will hope that their services with the bat are not needed for the upcoming two games. If they are needed, by virtue of the circumstances, all three are certainly capable of adding a good tally of runs to the team total.

The spin bowling from Pakistan has been superb and the spinners have done extremely well to negate the chances of batsmen exploding through the middle-overs. Shadab Khan’s newfound form could serve Pakistan extremely well in Dubai, especially with the longer boundaries in operation. After quite some time, there is a new edge to his bowling, with the googlies and leg-breaks coming out well, though the occasional full-toss is something that needs to stop. Imad Wasim has done well whenever called upon, his bowling style is incredibly suited to the UAE wickets, and he has bowled intelligently whenever called upon. His quota is extremely important for assuring that the team is not giving many runs in the powerplay and middle-overs. Mohammad Hafeez has been called to bowl in only a few games, but he has done well as a part-time bowling option. On a dry wicket in the semi-final, his spell of overs could be crucial against Australia’s in-form David Warner.

The pace bowling has been generally good, the only chink in the armor being Hassan Ali’s form. After multiple no-balls across all the 5 games, and some discomfort in the run-up (as confirmed by Vernon Philander), nobody knows what to expect from Hassan Ali. His very successful slower-balls are now becoming incredibly easy to pick. His pace-on deliveries are too full and too wide. He doesn’t generate much swing with the new ball and is just generally out of form with the ball. Against a settled Australian lineup, his quota of overs could yet again prove to be expensive, and this is another major concern for Pakistan. Shaheen Shah Afridi has been excellent with the new ball, just a tad bit inaccurate when searching for swing. Haris Rauf has been superb, but the death bowling could still use some improvements as far as bowling to the field goes.

Adding some focus on the semi-final against Australia, below are perhaps the biggest factors which could go against Pakistan:

1. The toss is going to be crucial. Should Pakistan win the toss, they’d like to bowl in better conditions and bat when the wicket flattens out. If not, then the practice in conditions with dew comes in handy, but the first preference will be to chase down the target.

2. A slow start from the openers and early inroads by Australia could lead to an out-of-form Fakhar Zaman being exposed to the world-class pace trio of Australia. On current form, that matchup would be difficult to negotiate. If there’s swing on offer, you can trust Starc and Hazlewood to maximize it and create real challenges.

3. Hassan Ali’s bowling form will be the biggest weakness in the team. Babar Azam has the luxury of 7 bowling options, of which he can maximize 16 overs of spin, and 12 overs of pace, collectively. Should Hasan Ali be seen off color, Pakistan would be wise to avoid risking his quota of overs in the death. To compensate for this, it would not be unwise to bowl two overs of Hafeez, one in the powerplay and one in the middle-overs.

4. Good fielding is needed at the highest level. Australia do not give many chances, so taking the ones created will be of great importance. Every run matters in a semi-final.

All in all, Pakistan have performed brilliantly to reach the semi-finals; they undoubtedly deserved this with the performances shown against India, New Zealand, Afghanistan, Namibia, and Scotland. Most victories were well celebrated, as they should.

However, the page has turned, and now we see a blank page. The ink is with Pakistan. The question is: what message will be written into the history books?

Will Pakistan buckle up for two more games and bring the trophy home to a country that has been starved of cricket?

For Pakistan, the equation is quite simple. Win on the 11th of November, and you get to stay. Lose, and your journey is over.