Markhor casts a critical eye on the recently concluded 3-match Test series between Pakistan and Australia which ended in an ignominious 0-1 defeat for the hosts. 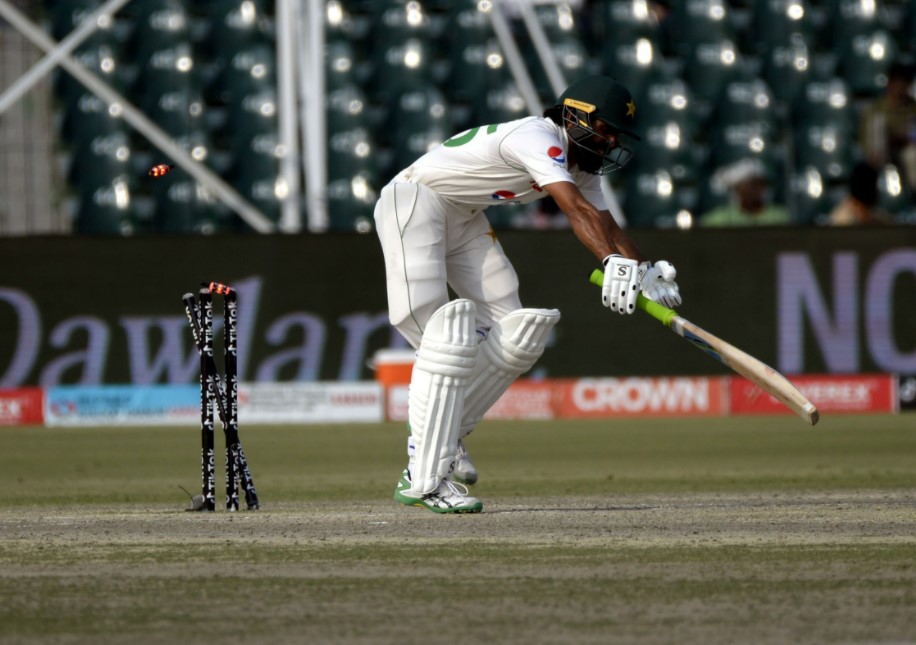 After reaching the semi-final of the T20 World Cup where archenemy India was finally beaten, overcoming Bangladesh away to conclude a year of positive Test performances, and a full-strength Australia set to embark on their first tour in 24 years - a feel-good factor permeated around Pakistan cricket.

Over the three Tests, that goodwill was frittered away with an appalling advertisement for Test cricket implicating the players, captain, coaching staff and the PCB hierarchy.

Pakistan’s approach from Day 1 of the First Test smacked of a team playing for a 0-0 draw. A dull, grassless pitch was prepared at historically seam friendly Rawalpindi. The following five days was a waste of everyone’s time – a stat padding exercise for batsmen while bowlers toiled to take a mere 14 wickets. Despite this, Pakistan took two days to score 476.

Both the placid surface, which deservedly received an ICC demerit point, and Pakistan’s slow scoring were a sign of things to come.

In Karachi, 20 wickets again were elusive. The presence of any drama on Day 5 was from an inexplicable Pakistan 1st innings collapse. While Pakistan produced a superb 4th innings rearguard batting out 171 overs – a record amount in the 5-Day Test era - truthfully it was a benign track even on Day 5. Lahore finally produced a result but Usman Khawaja described it as the “lowest” wicket he’d played on.

PCB Chairman Rameez Raja took office intending to “reset Pakistan cricket’s GPS” and promote “aggressive, fearless” cricket with pitch preparation at the top of his priorities. Rameez even claimed to carry a pitch-making guide in his pocket that he reads daily. CEO Faisal Hasnain urged the need for sporting tracks to attract touring teams in his introductory press conference. These bold statements proved empty rhetoric.

Rameez let the cat out of the bag in a customary YouTube address, explaining they wanted to avoid playing into the laps of the Australian quicks by preparing livelier pitches. This exposed a negative mindset when Australia had lost 13 of their last 17 Tests in Asia, and Pakistan won last year on sporting surfaces vs South Africa who also possessed very capable quicks in Rabada, Nortje and Ngidi.

The hosts showed no intent with the bat, collectively scoring at 2.7 Runs Per Over – their lowest rate of any series in Pakistan since 2000.

Azhar Ali pointed to slow surfaces, straight fields and Australia’s bowling. It’s true Australia’s attack is the most economical in the world for the past two years, conceding at 2.78 RPO. However, these excuses wear thin given Australia’s batsmen on the same pitches managed 3.17 RPO.

The folly of Pakistan’s negativity was exposed in the Lahore decider in a shambolic 1st innings collapse. Pakistan crawled along to 170-1 at 2.3 RPO, before wilting to reverse swing losing 9-98. A more proactive approach against the new ball would’ve got them closer to parity.

It should greatly alarm Pakistan fans that Sajid Khan and Nauman Ali are the two best performing First Class spinners since the 2019 reforms. Nauman was already on thin ice after failing in spin friendly Bangladesh. Neither troubled Australia with averages of 119 and 42 respectively. Both lacked pace through the air, control or the ability to significantly turn the ball.

For all of Babar’s elegant batting, his captaincy resembled the worst traits of his predecessor Azhar Ali - defensive, unimaginative and failing to read the game. The biggest danger to batsmen in this series was reverse swing with the old ball accounting for most wickets – yet Babar repeatedly switched to spin when the ball began reversing !

The addition of an extra bowler in Lahore weakened the batting and lengthened the tail which was inevitably destroyed. Worst of all was Australia’s 1st innings in Karachi. What has it come to, in the land that produced Abdul Qadir whose name adorns the Trophy, when a Pakistani skipper asks his spinners to bowl negative leg-stump lines ?

It’s perhaps the most dispiriting home series loss for Pakistan since England in 2000 when similar negative tactics backfired. Worst of all was the attitude. The visitors were rightly treated hospitably off the field – but on the field Pakistan appeared like starstruck teenagers meeting their favourite celebrities. Laughing and joking with the opposition during crucial phases of a Test, and cutting cakes for individual milestones and social media clicks speaks of a team culture content with mediocrity.