Pakistan’s FTP: The imperfect compromise that raises as many questions as answers 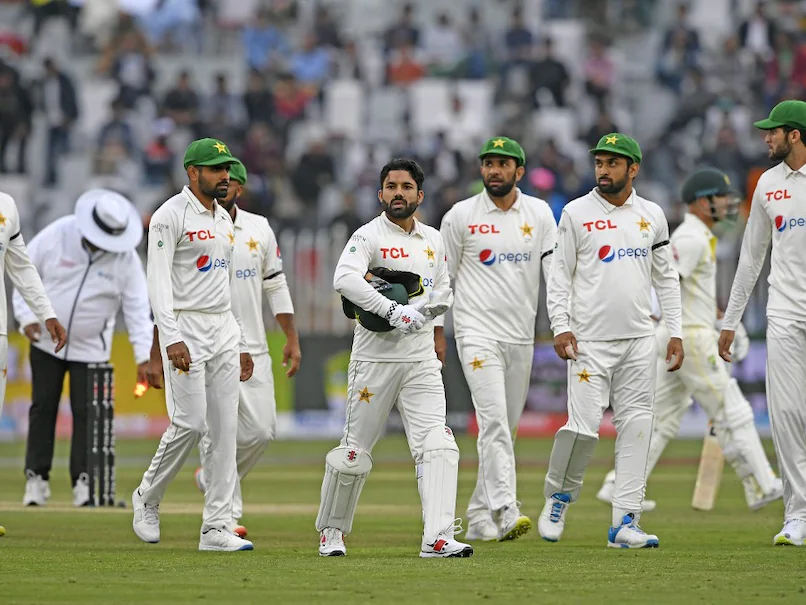 International cricket unlike most other sports is a bilateral arrangement between boards outside of the major tournaments. The choice of opponent, format and volume of cricket to be played is at the discretion of individual boards. The ICC only mandates that every team plays six Test series in the World Test Championship.

In an ideal world, there'd be a standardised programme of international fixtures where everyone plays each other home and away in an equal number of matches and series. But that programme simply cannot be sustained by the current economic model where Test cricket is financially unviable for most nations except when big boys India, England and Australia are in town.

Pakistan are uniquely disadvantaged with no bilaterals against India who are the game’s financial hub due to ongoing political tensions. Nevertheless, Pakistan will play 130 international matches between 2023-27 – the average number of games the rest of the world will be playing in their cycle. The numbers of Tests, ODIs and T20s that Pakistan play are also around the international average.

The 2023-25 World Test Championship fixtures offer a stark contrast for Pakistan. Winnable home series against England (3), West Indies (2) and Bangladesh (2), and difficult tours of Australia (3), South Africa (2) and Sri Lanka (2) means Pakistan will need to see a significant improvement in their Test fortunes to even think of competing in the Final.

2025 is concerning for fans of Test cricket as Pakistan have only pencilled in 2 home Tests vs South Africa. While it’s understandable that Pakistan will have a heightened focus on white ball cricket with the hosting of the Champions Trophy, it would be disappointing if the PCB does not add to what would be the lowest number of Tests played since 2008 - a year when no Tests were scheduled whatsoever !

The 2025-27 WTC cycle is somewhat more promising with home series against New Zealand (2), South Africa (2) and Sri Lanka (2), and away fixtures in England (3), West Indies (2) and Bangladesh (2) presenting a good opportunity for Pakistan to win their first ever WTC.

Some fans are unhappy about the abundance of 2-Test series, but again without a cash injection from India tours that other nations can rely on to subsidise their Test programme, it reflects the economic realities of Test cricket in Pakistan which lacks the mass public appeal of ODIs and T20s. The scheduling of ICC events every year and the assortment of T20 leagues also curtails the space in the calendar for prolonged Test series.

Fans of a certain vintage will fondly remember Pakistan dominating ODI triangulars in front of packed Sharjah crowds. They became an extinct species, giving way to T20 tri-series. However, an ODI tri-series is pencilled in for February 2025 against New Zealand and South Africa – coming after a winter ODIs vs Australia, Zimbabwe, South Africa and New Zealand, offering ideal preparation for a historic global event.

One of the annual ICC events includes the 2025 Champions Trophy – the first time an ICC tournament will be hosted by Pakistan since the 1996 World Cup. This would be the culmination of a long struggle to return international cricket to Pakistan, and hopefully, represent another major vote of confidence that Pakistan is a safe place to tour. Pakistan are the reigning Champions Trophy holders after their unforgettable 2017 triumph, so the 2025 edition is already eagerly anticipated.

This means pushing the PSL forward from its usual window to becoming the first franchise league to clash directly with India’s IPL with the event booked in between March-May.

The practice of segmenting Test and white ball series continues. It’s truly maddening the administrators of the game continue to contribute to the premature retirements of all-format cricketers by approving these almost inhuman travel schedules. Ben Stokes caused shockwaves by announcing his departure from ODI cricket, and more are likely to follow.

For example, Pakistan are set to tour the Caribbean in summer 2025 for three ODIs and three T20s before returning the following summer to play two Tests. Sri Lanka tour Pakistan for three ODIs and three T20s in 2025 before returning the following year for two Tests. Where’s the logic in not combining these fixtures in one tour ? Not only does this increase the sport’s carbon footprint but prolongs the amount of time players spend away from families, impacting upon their physical and mental wellbeing.

Pakistan’s ongoing series against the Netherlands has been decried as a time wasting, minnow bashing exercise by some quarters. This is unfair. While partly a consequence of no bilateral engagement with India - PCB deserve plaudits for keeping its commitments to cricket’s so-called lesser lights. Pakistan play 12 ODIs and 18 T20s in total against Ireland, Zimbabwe, Afghanistan and Netherlands from 2023-27. Let’s not forget Pakistan once were minnows too.