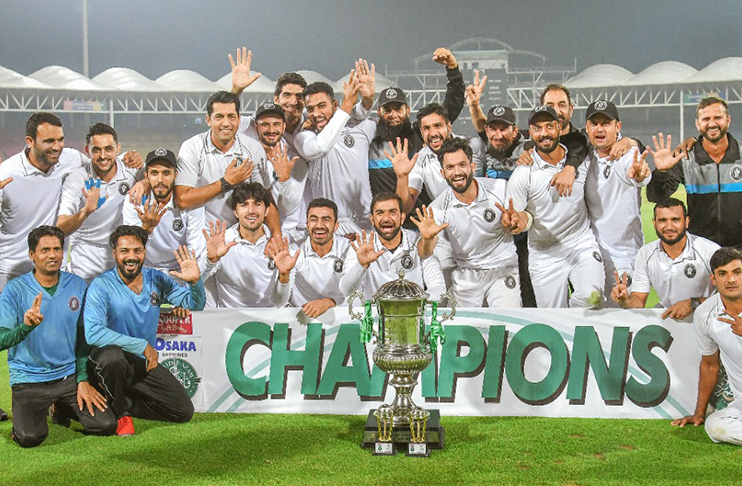 The Quaid-e-Azam Trophy has produced compelling viewing since 2019 changes. We’ve seen a North-South divide with KPK, Northern and Central Punjab ahead of the pack while Sindh, Southern Punjab and Balochistan have never qualified for the final.

KPK – Dominated the domestic circuit with two title wins (including the memorable tied final). Lowest finish is 3rd in the inaugural season when Northern pipped them to the final after a narrow final match defeat. Best balanced team with strength in all areas. Sahibzada Farhan provides good starts, Kamran Ghulam and Iftikhar Ahmed are middle-order rocks. Adil Amin and keeper-batsman Rehan Afridi regularly chip in with useful knocks. Whether their techniques would hold up at international level is another matter but they’re gutsy and not prone to collapses.

Despite his Test struggles, Sajid Khan dominated the bowling charts. Their frontline seamers Irfanullah Shah, Arshad Iqbal and Sameen Gul are well above 6ft. Their success is a testament to their depth given so many feature for Pakistan.

Central Punjab – Having won outright in the inaugural season and tied with KPK in 20-21, they finished 4th in 21-22 with the two victories against the weakest teams Southern Punjab and Balochistan. Have experienced batsmen, but struggled to take 20 wickets cheaply against the top sides, with only Mohammad Ali averaging below 30. How a foreign coach in Paul Franks adapts to Pakistani FC will be fascinating.

Northern – The team with the most discernible philosophy – backing young players and attacking, result-oriented cricket. Sometimes their aggression can work against them, and have lost two finals, but always watchable. Struggled in 20-21, perhaps unsettled by the speculation about Mohammad Wasim’s future as coach ? I maintain it’s more beneficial to Pakistan cricket having Wasim as Northern coach than as Chief Selector. Started slow last season but four consecutive wins ensured top spot.

In 2019, Umar Amin was the only established batsman but they’ve unearthed promising youngsters like Haider Ali, Mohammad Huraira and Mubasir Khan. Faizan Riaz has been excellent and another high SR batsman.

Sindh – The biggest underachievers since 2019, Sindh won one match in their first two seasons. However, they finished 3rd last year narrowly missing out on the final and youngsters are coming through. Saim Ayub will be closely watched after his National T20 heroics, as will Saad Khan who’s made a promising start to his career. Young bowlers are emerging too with Shahnawaz Dhani supporting their veteran seamers, and Abrar Ahmed impressed in his two outings in 21-22, although 11 of his 17 wickets came against Balochistan.

Southern Punjab – Batting hasn’t been an issue. Four different batters averaged above 40 in 21-22. Agha Salman is Mr Consistent averaging 74, 58 and 46 in the previous three campaigns. Yousuf Babar averaged 50 in his first full season. To convert their draws into wins, they need an attack capable of consistently taking 20 wickets. Ali Usman was the leading domestic wicket-taker and requires more support. Only Naseem can hit 140kph consistently but he rarely features.

Balochistan – Punch above their weight in white ball cricket, but usually wooden spooners in QEA. Cannot be too critical given the small local talent pool and lack of facilities, but some youngsters are starting to emerge like Abdul Bangalzai and Haseebullah. Their 4th place finish in 20-21 was courtesy of improved bowling, but last year only Taj Wali and Junaid Khan averaged below 30, with Junaid playing just 2 matches. The batting looks weak - unless Shan Masood or Imam-ul-Haq play, much depends on the youngsters.

The squads haven’t been announced yet, so let’s see whether the bottom three can address their weaknesses.

Any predictions or players to watch out for ?