Many thanks to @Markhor for his review of Pakistan's loss in the T20I series against England and the ominous signs for their T20 World Cup campaign. 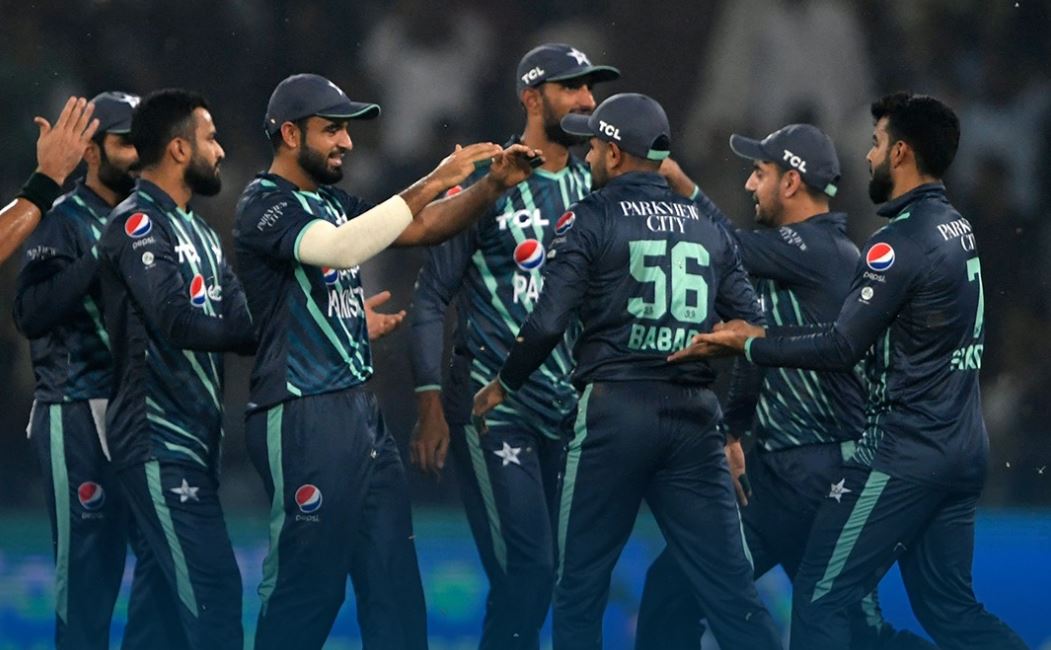 A compelling series tamely ended in Lahore with fans streaming for the exits long before the final ball that confirmed England’s 4-3 win. Despite some positives, Babar Azam and Saqlain Mushtaq are no closer to addressing their weaknesses with the T20 World Cup in Australia fast approaching.

Pakistan’s much maligned middle order is endlessly scrutinised. There’s two schools of thought – A) the middle order is so unreliable that prolific opening pair Babar Azam and Mohammad Rizwan are forced to play conservatively to lift Pakistan to competitive totals; and B) Babar and Rizwan consume so many deliveries that the middle order, bereft in confidence and form, are designed to fail by having to slog from ball one.

The reality is both arguments have merit. In the Asia Cup final, Rizwan failed to accelerate and allowed the RRR to climb to 14 leaving too much for the big hitters to do. However, the England series showed the middle order unable to make impact even with plenty of overs spare.

Shan Masood emerges with some credit, although his figures are inflated by two fifties scored after Pakistan were well out of the contest. His SR also concerns given Pakistan have two similar anchors opening. Iftikhar Ahmed maddeningly shows fleeting glimpses of his ability before getting out, and possesses a poor SR vs spin. Khushdil Shah is so mentally and technically shot that persisting with his selection is almost cruel.

Haider Ali sadly belongs in the same camp. There’s undoubted future potential but his repetitive dismissals to short balls requires significant technical adjustment. Asif Ali’s two sixes proved vital in the 5th T20I – but can Pakistan carry someone who delivers once in a blue moon ? Speaking of which, Mohammad Nawaz’s cameo vs India in the Asia Cup seems just that.

There’s one possible solution Pakistan haven’t tried. Shadab Khan’s figures may seem poor but are based on just four innings. In PSL 7, he averaged 33 at a SR of 162 batting in the top 4. Are Pakistan missing a trick by not giving him more responsibility?

There’s no beating around the bush - Pakistan’s fielding was an embarrassment. The amount of dropped catches, fumbles and collisions in the last few months are sufficient grounds to review the position of Pakistan’s fielding coach. One wonders what happens in practice, and the captain was the worst culprit in the decider dropping two sitters.

Haris Rauf didn’t deserve to be on the losing end after emerging as the leading wicket-taker in a generally high scoring series. His death bowling was outstanding, and contributed to a remarkable turnaround in the 4th game when Liam Dawson seemingly hauled England to victory.

Sadly for him, support was fleeting. Mohammad Hasnain bowled well upfront but his death bowling weakness remains. Aamer Jamal enjoyed an impressive debut with a nerveless display of death bowling before being hammered by a rampaging Phil Salt in the 6th T20. Neither Mohammad Wasim jr, Shahnawaz Dhani or Usman Qadir advanced their cause, requiring more finetuning at domestic level. Abrar Ahmed didn’t even get a game.

T20 is the toughest test of captaincy. No other format has such little margin for error. It requires flexibility and quick thinking. Babar’s promotion of Mohammad Nawaz paid off vs India in the Asia Cup, as did utilising Aamer Jamal at the death in the 5th T20. However, one wonders whether these decisions were incidental than by design as Babar compiles an alarmingly growing list of missteps.

Fans openly revolted as Khushdil Shah was promoted ahead of Asif Ali in the 4th T20, and produced another timid innings when Pakistan needed acceleration. Mohammad Nawaz was given one over in the decider in the Powerplay despite being one of Pakistan’s best bowlers. Bowling changes appear scripted than based on in-game situations, with a desire to save the best bowlers to the end instead of going for the kill.

Rather than attribute defeats to “nature’s law”, the think tank must learn from mistakes if success in Australia is to be achieved.