Fast-bowler Umar Gul is currently busy taking part in a number of Twenty20 tournaments in Karachi from where he spoke exclusively to PakPassion.net about Pakistan’s chances in England. 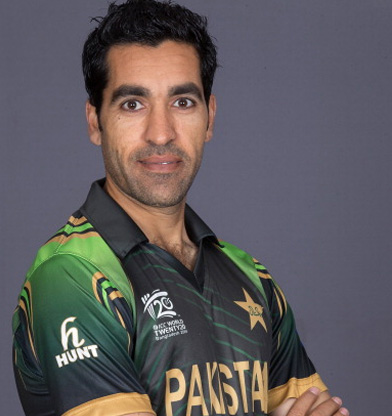 A determined Pakistan team flew into London a few days ago to commence a much anticipated tour of England. Whilst every Test series is important in today’s cricket world, where positions in rankings appear to be the main objective for all teams, the England-Pakistan rivalry has an extra special meaning to both sides. Quite apart from the level of intensity in contests between the teams, there is an additional edge to the upcoming series with the unsavoury events of 2010 still in most people’s minds. Add to that the back-to-back Test series victories in the UAE for Pakistan and one can understand why England will be eager to re-establish supremacy over the visiting Pakistan side.

Fast-bowler Umar Gul was the top ODI performer for Pakistan on the previous tour of England where he picked up twelve wickets in five games, with best figures of 6/42. Not selected for the upcoming tour, the thirty-two-year-old Gul is currently busy taking part in a number of Twenty20 tournaments in Karachi from where he spoke exclusively to PakPassion.net about Pakistan’s chances in England.

The newly appointed Chief Selector, Inzamam-ul-Haq has thus far proven to be a popular appointment for the role due to some ground-breaking decisions such as holding a boot camp for fitness as well as organising a special training camp in Hampshire to help players acclimatize to conditions in England. However, given Pakistan’s recent success in Test cricket, he seems to have followed a tried-and-tested approach to Test team selection which Gul agrees with as he stated "The team selected for the Test series seems to be a good one. To be honest, no one is really ever satisfied with what selectors choose but in this case, I am happy with the players chosen. This is pretty much similar to the Test team which has proven to be quite successful for a while for Pakistan."

It is a well-established fact that the batting is not the strongest suit for Pakistan and that the bowling line-up which Pakistan fields for the Test series will probably drive the desired outcome for the visiting side. Umar Gul, for his part, is satisfied that the Pakistan bowling line-up contains enough firepower and variety to pose serious questions to the hosts. "We have an excellent bowling attack for this tour and the pick among the fast bowlers will surely be Mohammad Amir. He will play a key role against England. I expect him to perform very well as he has played in those conditions before. Apart from Amir, Sohail Khan has put in some excellent performances before and knows how to bowl in seaming conditions. But don’t forget that in leg-spinner Yasir Shah, Pakistan has an excellent bowler who can take wickets on any kind of surface. He has been making steady progress in the past few years and is also a regular with the Pakistan Test squad. Time will tell how Yasir bowls in England but given that we are heading towards the middle of the summer months in England, we can expect him to get lot of purchase from wickets at The Oval and Edgbaston, especially on the third or fourth days of Test matches."

James Anderson and Stuart Broad dictated the outcome of the recently concluded Test series between England and Sri Lanka where they accounted for thirty-three opposition wickets, thus demonstrating their supremacy over Sri Lanka’s batsmen. Apart from decimating the opposition, the performance of England’s fast-bowlers also served as a stark warning for the Pakistan batsmen. However Gul believes that it’s not fair to compare the Pakistan Test batting line-up with a below par Sri Lankan batting unit. "I am convinced that Pakistan’s batsmen will perform better than Sri Lanka as they have some quality batsmen in their midst. As for Sri Lanka, they are a very weak team in Test matches as it stands today. They have lost Kumar Sangakkara and Mahela Jayawardene in recent times and have not found good replacements yet and they cannot rely on Angelo Mathews all the time to help them out. The results against England are ample proof of that."

With speculation about the retirement of Pakistan’s forty-two-year-old Test captain Misbah-ul-Haq now laid to rest after his intention to continue playing, the focus will shift squarely on the performance of Pakistan in the upcoming series where he is expected to play a key role as a stabilizing influence for the fragile batting line-up. Himself a veteran of 233 international appearances, Umar Gul is fully appreciative of the value that experienced players can bring to the Pakistan team as he remarked "I am very happy with Misbah's decision to stay on as Test captain. He is a proven performer and is leading the team well in Tests. It is important for the team to have some seniors like Younis Khan and Misbah-ul-Haq in their midst as other players can learn and draw confidence from such players."

The likely participation of Mohammad Amir in the first Test at Lord’s on July 14th will bear special significance as he will be resuming his Test career at a ground where he played his last Test match nearly six years ago. For many, the painful memories of that summer will be as vivid as ever and it is possible that the twenty-four-year-old will encounter some criticism in the build-up to and during his return to Test cricket. This is an area which Gul will expect the Pakistan management to pay attention to and ensure they prepare Amir for what could prove to be a rocky road ahead. "I am sure the Pakistan management would have spoken to him about it but there is no doubt that Mohammad Amir will face a lot of pressure during the upcoming tour and this is to be expected due to what happened in 2010. The British media will be following his every move and I would advise him to let his bowling do the talking. He should restrict his movements from the hotel to the ground and back and simply concentrate on his game and nothing else. This will be the best way to answer all of the criticism and back-talk."

With 421 international wickets to his name, there is little doubt that Umar Gul would have also preferred to be in the Pakistan line-up for the first Test at Lord’s but he is far from giving up hope of a comeback to the national squad stating "I am working hard to make sure that I stay fit and will make sure that I keep on putting in good performances at the domestic level. The rest is up to the selectors. The two Twenty20 tournaments I am playing in Karachi are part of that desire to stay in contention in the long run."

Whilst Umar Gul works to make himself a good selection prospect for Pakistan again, he is also more than content to support the national side as they embark on a summer of intense cricket in England. Like many of Pakistan's enthusiastic supporters, he also hopes and expects the team to give a good account of themselves against England in their own back-yard. "Pakistan has been playing good Test cricket for the past few years in the UAE and in Asian conditions but the tour of England will be a big test for them; I am hoping that they can adapt to English conditions as soon as possible and if they do that, then nothing can stop a Pakistan success on this tour," he concluded.