"Junaid should not feel disheartened and continue the hard-work" : Inzamam-ul-Haq

Pakistan Chief Selector spoke exclusively to PakPassion.net about the selection of Hasan Ali and the return of Umar Gul to the ODI squad for series against Ireland and England. 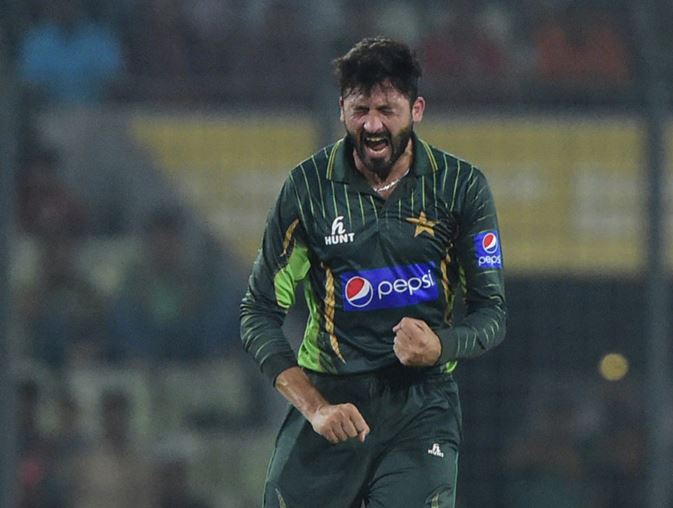 By Amir Husain (11th August, 2016)
There has been an air of composure and calmness about the Pakistan selection committee in recent times. Gone are decisions taken on whims and egos based upon premises which would challenge all conventional wisdom. Whilst some would argue that given the lack of a robust domestic system, no amount of thought given to selection for the Pakistan squads in any format could ever bring the desired results, the aura of competence which surrounds the new Chief Selector Inzamam-ul-Haq has surely brought new hope to followers of Pakistan cricket.

A batsman of repute with over twenty thousand runs scored in 495 international appearances for Pakistan, Inzamam-ul-Haq has impeccable credentials to hold the all-important Chief Selector's position. He has made some bold decisions and taken some unusual steps during his initial few months at this position and his recent announcement of the squad for the ODI series for the tour of Ireland and England has followed a similar pattern.

With tougher tours of New Zealand and Australia up ahead in the distance and Pakistan’s current world ranking of 9th above Afghanistan and Zimbabwe, Inzamam is keenly aware of the challenge faced in selecting a squad which will bring some joy to Pakistan fans. In remarks to PakPassion.net, the Pakistan Chief Selector explained the rationale behind the selection of the fifteen men who will attempt to reverse the unhealthy downward trend of losses which has been the bane for previous coaches and selection committees.
An oft-repeated criticism of previous selection committees has been their blatant disregard for new and upcoming talent and their insistence on including tried and tested players who have obviously failed to do justice to their past reputation.
In this regard, the inclusion of the twenty-two-year-old fast-bowler Hasan Ali represents significant progress for Pakistan cricket. Not only is Hasan highly regarded on the domestic scene in Pakistan, but his performance during the recent Pakistan A tour of England has left many with little doubt over his potential for the future. This is a fact not lost on Inzamam as he stated “We have included some young players like Hasan Ali to build the team for the future, and in that regard I would like to say that he is a great prospect. His performance for Pakistan A in the recently concluded tour of England, where he took twenty wickets, was outstanding and so we have rewarded him with a place in the ODI squad.”

Whilst younger deserving players making the grade for the national team may not be a surprising story given Hasan’s reputation, the inclusion of Umar Gul for the ODI squad did raise a few eyebrows. Due to a combination of injuries and unimpressive performances, the thirty-two-year-old Gul found himself shelved with his last game in Pakistan colours played in April 2015. Regarded in the past as Pakistan’s yorker specialist, Gul seemed to be slowly floating out of sight but as Inzamam explained, his surprise selection was really driven by the crucial need for experience amongst the Pakistan ranks.

“It is my belief that our fast-bowling attack needs the backing of some solid experience. There is no substitute for game experience and in that regard, Umar Gul’s inclusion makes a lot of sense. Apart from his experience of bowling in tight situations against top quality opposition teams, and with a good track record to boot, I was also encouraged by the thoughts of the selectors who felt that Gul was extremely fit which is a key requirement for the ODI format.”

Another bowler who was hoping to make the list of fifteen players bound for Ireland and England was Junaid Khan who could barely hide his disappointment when the news broke of his exclusion from the ODI squad. A dejected Junaid went onto social media to air his disappointment at missing out again from another important series and complained about missing lucrative contracts with county sides due to his focus on gaining a position in the Pakistan ODI squad. The Pakistan Chief Selector for his part expressed his regrets on Junaid’s loss and put forward the reasons why selection decisions could not be driven by external factors.

“Let me say that Junaid Khan is an extremely talented bowler as his past record clearly suggests but as a Chief Selector, I cannot guarantee selection of players without consulting my colleagues and making a judgement on the suitability of a player. If Junaid Khan had some county contracts lined up from before, then I wouldn’t have taken that into consideration as I am afraid it would not be possible for me to decide the composition of the team before taking into account the performances of other players as well.”

Whilst Junaid Khan could well feel wronged by the decision to ignore him for the upcoming ODI series, the hope of playing for Pakistan is something he was advised by Inzamam to never give up. Using the example of the return of another player, Umar Gul, who until recently had been side-lined, the Pakistan Chief selector put forward his hope that Junaid would continue to strive to find a place in the Pakistan team in the future, stating that “Junaid should not feel disheartened and continue the hard-work that he has been doing so far. That is the only yardstick for the selection of any player. If he needs an example of this idea put to practice, then he should look no further than Umar Gul who will now be making a return to the ODI squad after an absence of almost a year”, he concluded.
Discuss!