"No minnows or easy games in this World Cup" : Sohail Tanvir

In his first blog for PakPassion.net, Pakistan all-rounder Sohail Tanvir writes about Pakistan’s preparations as they head into the World Cup, his concerns about Pakistan’s new-ball attack, explains why Pakistan’s unpredictable tag could work in their favour and looks forward to an exciting and run-filled World Cup. 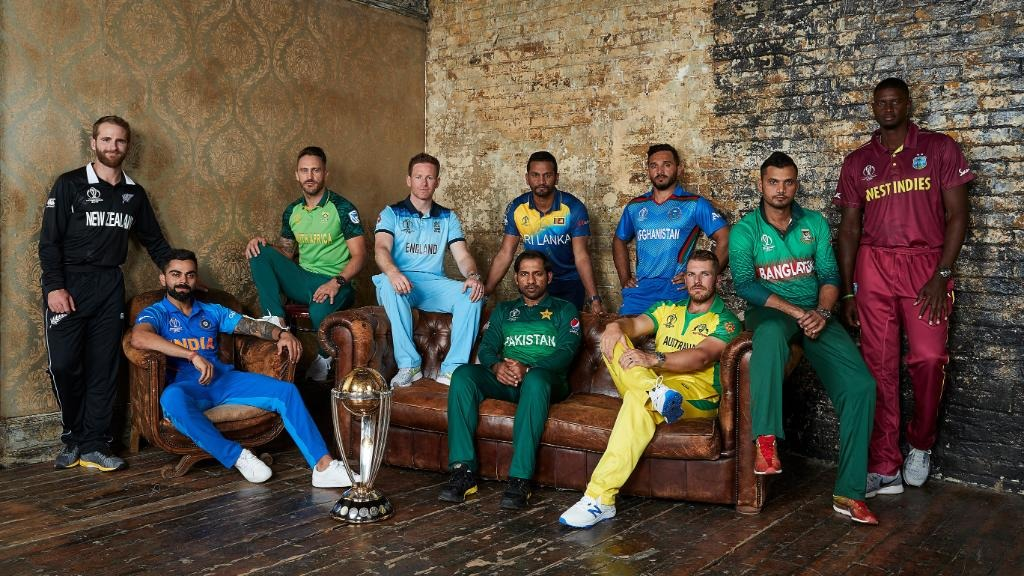 Pakistan are all set to go for the World Cup

The back-to-back losses in ODI series against Australia and England were poor results for Pakistan as they look ahead to the World Cup. But we must not consider these losses as having any bearing on our preparations for the World Cup. In my experience, preparing for a major tournament like the World Cup for players involves many factors such as spending an appropriate amount of time in conditions where you will be playing the competition, acclimatizing, working on their techniques and spending time in the middle. The results of games are important but if we talk of our preparations, I would say that Pakistan are fully prepared as by now they have a very good idea of the nature of pitches they will bat on and what is on offer for the bowlers on these surfaces. They would also know by now, what an ideal score would be on such pitches so that they are in a good position to make their game plan and in that respect, I have no doubt at all that Pakistan are all set to go.


Wahab, Amir and Shadab's return could mean a different story once the World Cup starts

When the initial 17-man squad for the tour of England the World Cup was first announced, I made it clear that there was a distinct lack of experience, especially in the bowling line-up, which could hurt Pakistan in the World Cup. As we saw in the ODI series against England, there was no experienced bowler in the line-up and that was demonstrated by the results. The fact is that when you come under pressure as a bowling side, then you need someone with experience who can help. It doesn’t matter how experienced your coaching staff is, as that will not help your bowlers in the field during the game. An experienced player, who has been through a similar situation in the past is what Pakistan need as that was quite apparent during the ODI series against England. Take the instance of the time when Jos Buttler was hitting our bowlers out of the park in the second ODI. If there had been an experienced bowler such as Wahab Riaz or even me, he could have guided Hasan Ali and Shaheen Shah Afridi to bowl sensibly or may well have taken up the responsibility himself to take on Buttler in that situation. It does happen sometimes in games that a batsman is so dominant that nothing the bowling side tries seems to be working, or you as a bowler come in to a new over and get hit for a four or six in the first ball. In such cases, cool heads and experience dictate that you look to minimize the damage, instead of going for 20-25 runs in an over. But I am glad that with Wahab Riaz’s inclusion in the side, as well as Mohammad Amir and Shadab Khan’s recovery this could be a different story once the World Cup starts.

Whilst the return of Wahab Riaz is a good omen for our side, I still feel that Pakistan are badly lacking a new-ball bowler who can swing the ball as well. We simply don’t have anyone like that at the moment in the side. Mohammad Amir, unfortunately, has lost that ability to swing the ball for some reason or another. He seems to have some technical issue which is causing this to happen. I do believe that it's impossible to lose your ability to swing the ball if you are a swing bowler. Yes, you will get older and your pace will be naturally reduced as a consequence of that. But what you will never lose is your ability to swing the ball and we have plenty of examples of that in the likes of Wasim Akram, Chaminda Vaas, Shaun Pollock, Glenn McGrath. Throughout their careers, the pace of their bowling steadily came down but what they did not lose was the power of swinging the cricket ball. Which is why I am surprised that Mohammad Amir has lost his ability to swing the ball and I am sure there is a technical issue as that is the only reason to explain how a bowler who had this quality before is unable to use it now.

The problem for Pakistan now is that without a bowler who can swing the new ball, they will not be able to take wickets at the top of the innings which is so crucial in today’s game. It doesn’t matter how fast you bowl, but if you do not have lateral movement, you are toothless as a bowler. In Pakistan’s recent warm-up game against Afghanistan, the difference between Wahab Riaz’s first and second spell was the fact that he was able to move the ball and it just goes to prove that nowadays on such flat-tracks, it is extremely difficult to restrict the batsman, regardless of how fast you can bowl at him. All the fast-bowlers in the recent warm-up games who have succeeded are the ones who have been swinging the ball and there is no better example of that than the way Colin de Grandhomme, bowling at slowish speeds, dismantled someone like Virat Kohli’s stumps in the recent game between New Zealand and India.


Regardless of the recent losses, Pakistan’s ‘unpredictable’ tag may save them

No Pakistan supporter would be satisfied with the results of the ODI series against Australia, where we were beaten by a 5-0 margin and then later, we were again defeated, this time with a 4-0 score-line by England. Sure, we could argue that England were playing in their home conditions and had an upper hand but what was the excuse for the defeat in our 'home', when we lost to Australia in the UAE? So purely going by results, one would say that these aren’t good signs for Pakistan as they head to the World Cup as ideally you would like to have gone into this tournament with some victories. But here is where that ‘unpredictable’ tag comes to Pakistan’s rescue and is in our favour as that means that this side can easily start winning again after a string of defeats. Of course, they have also known to have reversed a winning streak into a series of losses too. What this ‘unpredictable’ tag allows us to do is to extract some hope from the situation as we know that this side has the ability to turn things around from what appears to be hopeless situations.

I come back to my initial thoughts on the matter which is that with the unpredictability factor surrounding Pakistan, it is possible that they could end up winning the World Cup or on the other hand, may simply not even reach the semi-final stage. So, predicting outcomes where Pakistan is concerned is difficult but when we talk solely about ability, then I will confidently say that they have the ability to make it to the semi-final and then to the final as well.

This will be an exciting World Cup for me as I feel that every team has match-winners amongst their ranks. It's amusing to think about the fact that a few years ago, we didn’t think too much about batsmen who liked to loft the ball high and such players were considered flukes. But in today’s world, someone who hits sixes is a real game-changer. A lot has changed in the game and such players are found in almost every team. Take Australia for instance where there is David Warner, Steve Smith, Glen Maxwell, Usman Khawaja and Aaron Finch – all are aggressors and able to win games on their own. New Zealand have Ross Taylor who is in the form of his life, along with Martin Guptill and Kane Williamson – all of whom can take the game to the opposition. India and South Africa are similarly blessed with some batsmen who can change the face of the game in a few overs. And what to say about England’s batting? We have just experienced a hint of it against Pakistan and also in the warm-up game against Afghanistan and I can tell you there is more to come from those England batsmen when the World Cup gets going. It’s difficult to single out one or two players from all ten sides who will set the tournament on fire as there are so many to name but what I can say for sure is that I am really looking forward to this World Cup. This World Cup is going to be tough for the bowlers, but as I always say, if you have skills as a bowler, you can survive on any surface so this will be a supreme test of abilities for all of the bowlers.


There are no minnows in this tournament

With so many brilliant players in the mix, can anyone dare predict who will be the top team of this tournament? I would hazard a guess and say that India, England, Australia and New Zealand will be up there, but I will also have to include Pakistan in there as you cannot ever write-off Pakistan as a contender in any tournament. But, let’s be clear about the fact that there are no minnows in this tournament. It used to be the case that people would think that teams like Zimbabwe, Bangladesh or any one of the associates that were part of the tournament were considered easy points to be gained but it's not the case in 2019. Any side in this tournament can surprise the other and we have already seen that happen to Pakistan in the warm-up game against Afghanistan. One can argue that the intensity in a warm-up game is not the same as that of a proper World Cup match, but no one can doubt the fact that Pakistan were beaten by Afghanistan. So, any team is capable of winning the World Cup and even the West Indies who have Chris Gayle who when he gets going scores hundreds for fun cannot be discounted. If you are a real fan of cricket and a lover of the game, regardless of which country you support, you will be happy to know that this World Cup will be a lovely tournament with some close encounters. Regardless of who wins this tournament, one thing is sure and that is that there will be no easy games for any side in this World Cup.