An extensive profile of an exciting young batsman from Attock, Haider Ali, who has garnered praise during Pakistan Under-19s' successful tours of Sri Lanka and South Africa. 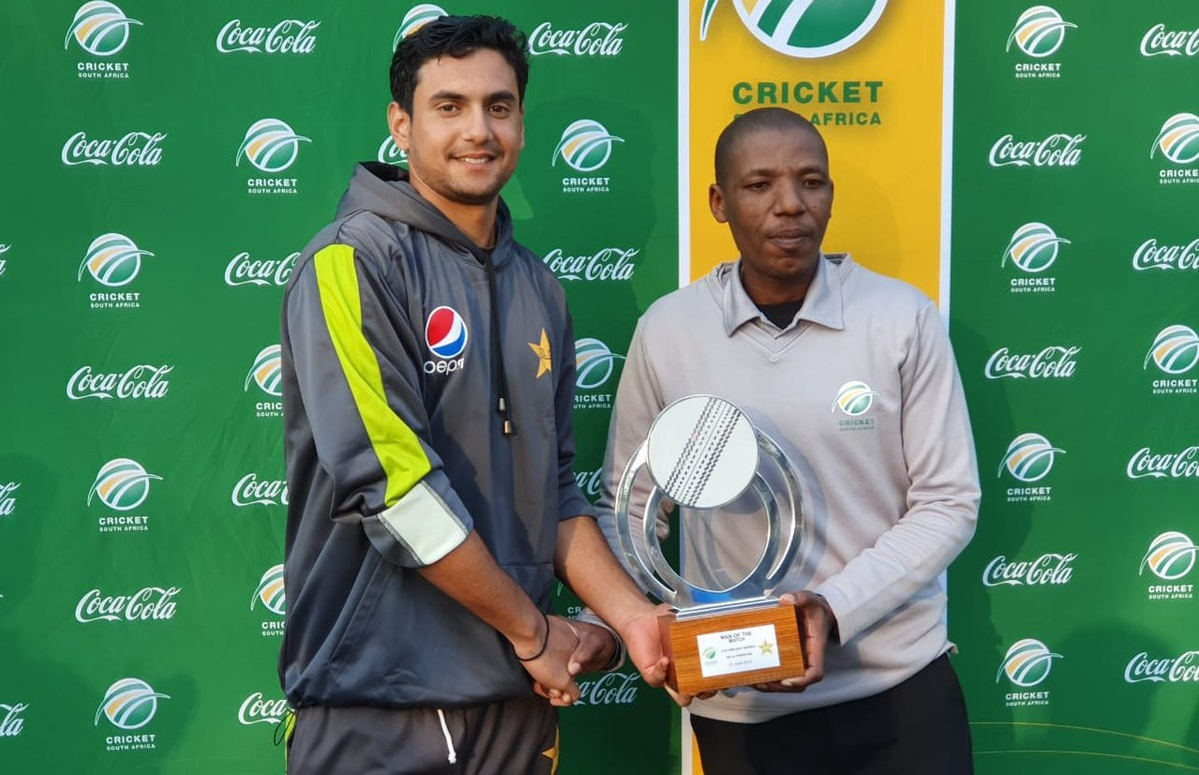 
Interest in cricket and introduction to hard-ball cricket

I started playing tape-ball cricket in Attock when I was fourteen which is a little late as compared to other players. My parents and other members of my family always encouraged me to play the game and so I was lucky that I've had that support throughout my career. In 2015, a cousin of mine recommended me to join Al Faisal Cricket Club in Attock where I first played proper hard-ball cricket. My association with the club lasted for two years.


Playing Under-16 and Under-19 cricket for Rawalpindi Region

I started playing Under-16 cricket in 2016 and then moved on to Under-19 for Rawalpindi region in 2017. In my first Under-19 season, I only played One-Day matches, scoring 221 runs in 8 games. In the following year, I once again played One-Day matches and top-scored for Rawalpindi Under-19s with 251 runs which lead to my name being added as a reserve player for the Pakistan Under-19 squad which took part in the Youth Under-19 Asia Cup, held in Bangladesh in September 2018. Although I was never called upon to play in the tournament, this inclusion gave me a lot of confidence.

I was given an excellent opportunity as an Emerging player in the 2018 National T20 tournament where I played for Rawalpindi under the captaincy of Umar Amin. This was my first taste of a top-level tournament and the side also had Sami Aslam, Hammad Azam, Asif Ali and Sohail Tanvir in it so the experience of playing alongside such established players was also tremendous. It was also pleasing to hear some good things about my batting from these senior players which was very good for my confidence.


Representing Pakistan on the Under-19 tour of Sri Lanka

At the start of 2019, a high-performance camp was held at the NCA which lasted about a month. This camp featured the best players from the Pentangular Under-19 T20 Cup, and I was lucky to have been chosen for this opportunity to train at the NCA due to my performances for the Federal Areas team. After the camp concluded, I was listed in the probables for the upcoming Under-19 tour of Sri Lanka and I performed really well in the practice matches scoring two fifties in three games, which lead to my selection for the touring side.

This was my first trip abroad to play top-level cricket, so I was understandably very nervous. But thanks to my exposure to good quality cricket alongside some very experienced cricketers in the National T20 tournament, I was able to counter any nerves during this tour. I was very grateful to the Almighty that I was able to perform well and ended up with the third-highest number of runs amongst batsmen from both teams with 214 runs to my name in 5 Youth ODI matches. I was really proud of the way our team played as a unit where we encouraged each other, especially given the fact that we were all very inexperienced.

The tour of South Africa was a great experience for me and the type of pitches there suited my game which tends to be stroke-filled and played at a fast rate. Compared to pitches in Sri Lanka, the pitches in South Africa help fast-bowlers a lot as they are very bouncy in nature and I was well prepared for them based upon the advice of our coaches. The result of this preparation was that I was the third-highest run-getter from both sides with 317 runs which included a century as well. The result of the series was even more satisfying as we came away with a 7-0 win margin in the seven match series.

To be praised by the opposition bowling coach in a foreign country is indeed a great honour for me. South Africa Under-19s bowling coach, Chris van Noordwyk had stated that I was a batsman of international class and that praise gave me a lot of confidence and I am very thankful for his remarks.

Whilst I have no issues playing at any position in the batting order based upon the side’s needs, my preference has always been to play as an opener, right from my Club cricket to Under-19 days. I love to play an aggressive form of cricket and I regard the pull, cut and drive as my staple shots.

Rohit Sharma is my role model and that is purely due to the way he handles the best bowling attacks in the world with ease and his shot selection is something I admire a lot. I follow his progress all the time and watch his batting videos whenever I get time to do so.

The tournament to be held in South Africa in early 2020 is a huge goal for me and whilst there is still time before squads will be selected for the Under-19 World Cup, I am pleased that the coaches and selectors are very happy with my performance and I have a good chance of making that squad. Before that, in about a week, we will be called for another camp at the NCA to prepare for the ACC Under-19 Asia Cup which takes place in September of this year. I am hopeful that I will be selected for this tournament as good performances in this competition will definitely improve my chances for selection for the Under-19 World Cup.


My only aim is to play for Pakistan

I am committed towards one goal which is to play for Pakistan. To do that, I have to excel at the Under-19 level which is the stepping stone to my final destination. If I perform well, then more than likely, I will also get noticed by the PSL teams but that is not my aim at the moment.