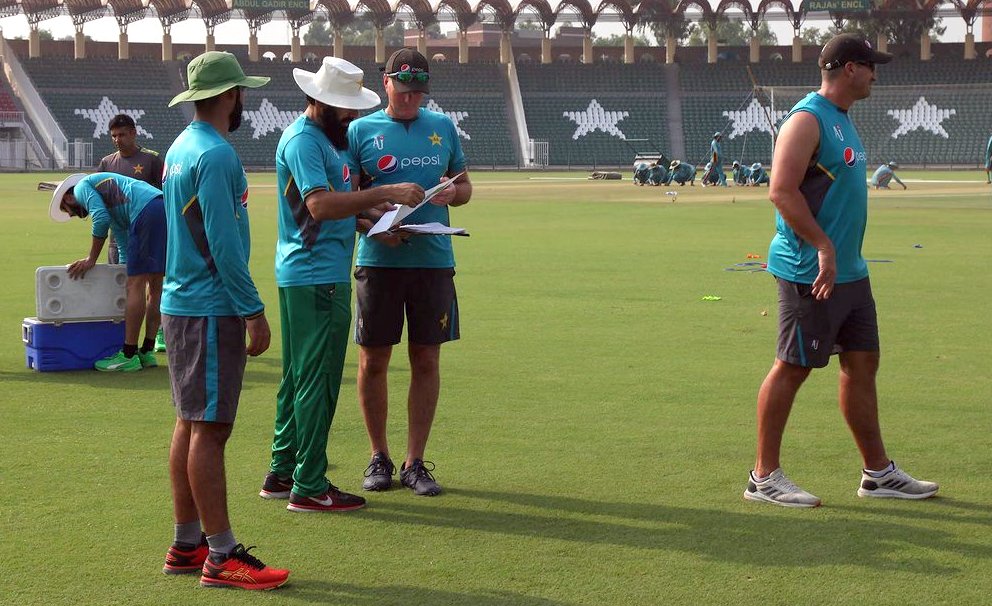 The Pakistan Cricket Board made a radical break from history by hiring former captain Misbah-ul-Haq in a dual role as head coach and chief selector. Pakistan cricket history has often seen turf wars and ego clashes between captain and coach, or coach and chief selector, with the buck being passed from one individual to another with nobody any the wiser as to who is ultimately accountable for the team’s affairs.

Now, with Misbah having total control over selection matters, there is one person who has complete authority to shape the Pakistan team however he sees fit. As the saying goes, with great power comes great responsibility, but Misbah has built a reputation for cool-headedness and sound man management unlike many of Pakistan’s combustible ex-players. Hence, the PCB have trusted him, despite a lack of coaching experience, with a position akin to that of a football manager with influence over all matters relating to selection, strategy and training.

Every coach newly appointed to the role faces a choice between tearing up the playbook and starting all over again, or building on the foundations of their predecessor. Misbah’s first squad selection for a home ODI series vs Sri Lanka suggests continuity, not revolution. Eleven out of the sixteen members were part of the World Cup squad, with Misbah preferring to avoid the mass changes often seen in Pakistan after a World Cup campaign. The other five – Abid Ali, Mohammed Hasnain, Mohammed Rizwan, Iftikhar Ahmed and Usman Shinwari – are already capped for Pakistan at international level.

Some may criticise a retreat to familiarity, citing Misbah’s safety first approach that was often was evident as captain, and that picking seasoned players such as Wahab Riaz, Abid Ali and Iftikhar Ahmed highlights a lack of planning for the next World Cup in 2023 when they will be well north of 30 years old. It’s a fair criticism given Sri Lanka are not even sending out a full strength team, with several first choice players opting out citing security concerns.

However, Misbah stated in his press conference that the Pakistan team ought not to be a “laboratory” and that in picking the likes of Abid Ali and Iftikhar Ahmed he is merely rewarding consistent domestic performers. Iftikhar failed to impress in his initial stint in internationals in 2015/16, but a List A average of 51 at a SR of 91 and his ability to bowl off-spin meant a recall for a side struggling to find a reliable #6 batsman. Meanwhile Abid Ali, who already has an ODI century to his name, is one of the best performing openers in domestic cricket and provides much needed competition to Fakhar Zaman and Imam-ul-Haq who misfired at the World Cup.

Misbah also retains young speedster Mohammed Hasnain who failed to make an appearance at the World Cup, so youth is not entirely absent. However it remains to be seen how Hasnain, who has lit up the Caribbean Premier League bowling in excess of 90mph, fares bowling longer spells and whether he can sustain his pace over 10 overs. Hasnain also needs to demonstrate his ability to move the ball either in the air or off the pitch as pace alone without skills or variations cannot sustain a successful international career.

Given the 2023 World Cup is hosted by India, Misbah will need to identify match-winning spinners to exploit dry, turning wickets. The recall of Mohammed Nawaz raised eyebrows given the all-rounder’s mediocre ODI career so far. His last stint was Pakistan’s disastrous 2018 Asia Cup campaign where he took 3 wickets at 43 apiece on what should’ve been favourable UAE pitches.

What’ll be Misbah’s biggest call however is what he decides to do with the captain. Sarfraz Ahmed has struggled with the threefold burden of captaincy, wicket-keeping and batting. Misbah has already recalled Mohammed Rizwan no doubt to add competition to the keeping spot and to keep Sarfraz on his toes. Sarfraz was an integral part of Pakistan’s rise to #1 in the Test rankings under Misbah’s leadership, but it’s far from certain whether he’ll lead Pakistan into the 2023 World Cup. His on-field captaincy demonstrates an inability to kill opponents off when under pressure, and his batting has been abject in all formats whilst yo-yoing up and down the order.

As starts go, a rare limited overs home series against a depleted Sri Lankan side, is hardly a baptism of fire and an ideal opportunity for Misbah to display his ability to transition from playing to coaching. The Pakistan coaching job is never easy on its occupants and Misbah will need every bit of his famed calm, stoic temperament to succeed in the role.