Captains such as Imran Khan, Javed Miandad, Wasim Akram and Inzamam-ul-Haq have all tasted defeat in Australia. Losing in Australia has become part of the Pakistani cricketing tradition, with every touring party finding new ways of imploding spectacularly. However, the latest debacle ranks as arguably the worst Pakistani performance in a Test series in Australia, and that’s saying something... 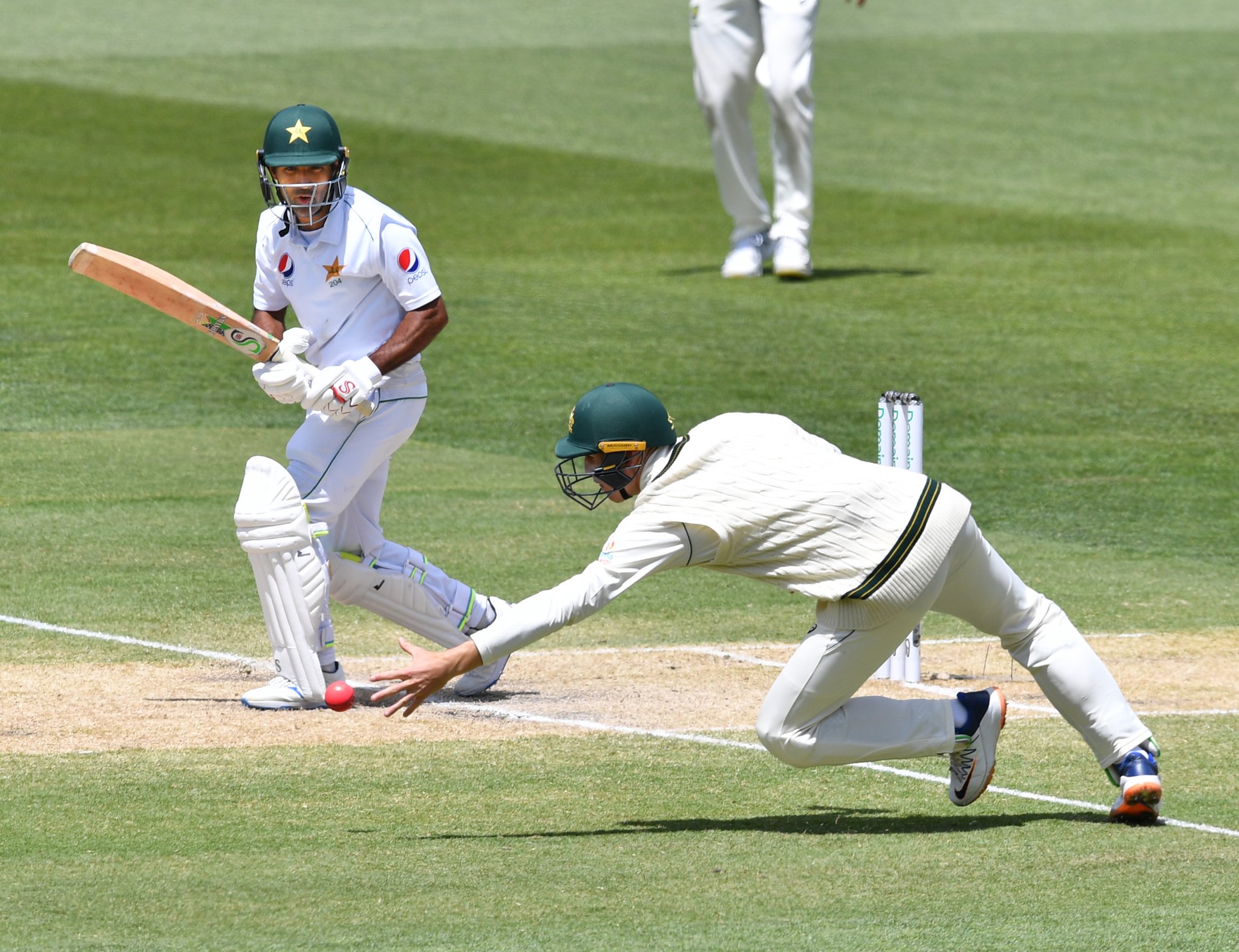 Captains such as Imran Khan, Javed Miandad, Wasim Akram and Inzamam-ul-Haq have all tasted defeat in Australia. Losing in Australia has become part of the Pakistani cricketing tradition, with every touring party finding new ways of imploding spectacularly. However, the latest debacle ranks as arguably the worst Pakistani performance in a Test series in Australia, and that’s saying something.

Azhar Ali, Asad Shafiq and Yasir Shah have a combined total of 183 Test caps. For a nation notorious for chopping and changing, this trio has strangely been ever-present for the last several years. Yet all three failed abysmally in their primary roles in a manner that must SERIOUSLY question their immediate future with the Pakistan side.

Azhar Ali averages 26 since the retirements of Misbah-ul-Haq and Younis Khan. That figures sinks to 12 away from home. He averaged 9 in his last Test series in South Africa. Azhar is not getting any younger with his 35th birthday approaching in a few months. All cricketing logic suggested appointing him as Test captain at this stage of his career would be madness, especially after a previous disastrous stint as ODI captain. STILL the PCB handpicked Azhar as Sarfraz Ahmed’s successor. After Azhar’s ineffectual recent displays as batsman and captain in Australia, the criticism against CEO Wasim Khan and Chairman Ehsan Mani has begun mounting. Technically speaking, Azhar’s deficiencies were laid bare. His head falling across to the off-side and playing with an angled bat meant a familiar manner of dismissal against a top-class attack. Is this acceptable from a player with 75 Test caps?

As a captain, Azhar appeared clueless as to how to control the run-rate or take wickets when the Kookaburra offered no movement. In fairness, he was hamstrung by the team management with a bowling attack that never had a prayer of competing against the rampaging Australian batsmen. But Azhar made matters worse by failing to demonstrate any bowling plans to take 20 wickets, or at least the wicket of its chief tormentor David Warner. England, namely Stuart Broad, had shown the way in the summer in the Ashes, the blueprint couldn’t have been etched for Pakistan any clearer. 80% of deliveries from England’s right seamers to Warner were from around the wicket. All of Warner’s dismissals in the Ashes were from around the wicket. Yet Pakistan only bowled a fraction of their new ball deliveries in Brisbane from around the wicket and at the stumps or outside off.

In Adelaide, Pakistan did come from around the wicket to Warner more often, but by then Warner had found his mojo and then steamrolled the Pakistan bowling attack to reach a triple century. He ended the series with an average of 489 helped with a few no-balls generously donated by Pakistan’s wayward quicks.

Asad Shafiq once again did the bare minimum to retain his place. He scored two gritty fifties without ever seriously threatening Australia’s position in the game. On pitches where others scored big hundreds, Shafiq failed to convert his starts. Whilst possessing a better record than Azhar in the last 2 years, Shafiq hasn’t kicked on as a batsman and his legacy will be one of flattering to deceive. Is this acceptable from a player with 71 Test caps?

And let’s turn our attention to Yasir Shah now who again had an awful tour of Australia. Having endured a torrid time in 2016/17 and averaging over 90 with the ball in the Southern Hemisphere, the selectors for reasons best known to them, decided to retain their premier leg-spinner for this tour. His series figures make for startling reading – 4/402 at an ER of 4.98 and an average of 100. The answer to Yasir’s struggles is simple. On slow, low bounce UAE wickets where stroke-play is difficult – Yasir can target the stumps, collecting LBWs and bowleds, or can hold up an end even if not taking wickets. On hard, bouncy Australian pitches any delivery a fraction short is easily punished. Yasir continually missed his lengths, failing to pitch six balls in the same spot and therefore Pakistan’s quicks could not be properly rested. Is this acceptable from a player with 37 Test caps?

A fighting ton in Adelaide provided a rare moment of levity for the tourists, but the fact is Yasir failed to perform in his primary job with the ball. The unearned confidence placed into Pakistan’s senior cricketers has backfired time and again, but various coaches be it Mickey Arthur, Misbah-ul-Haq or Waqar Younis, never learn their lesson. While youngsters are treated ruthlessly upon failure, the seniors get a free ride and are never held accountable.

On the subject of accountability, the team management has most to answer about the bowling attack which former Australia captain Ricky Ponting described as the worst he’s seen on Australia shores. Misbah-ul-Haq surprised everyone by picking two teenage pacers Naseem Shah and Musa Khan. With young Shaheen Afridi already in the squad and touring Australia for the first time, this was an extremely raw seam attack to take against a world class side in their own backyard. None of the teenaged trio had even played a dozen First Class domestic matches.

To play Russian Roulette with the careers of these kids, one of whom lost his mother days before the First Test and only recently coming back from injury in Naseem Shah, was scandalous. Naseem bowled at a quick pace but injury rumours (or “workload management” if you believe the official line) meant he sat out of the Second Test, prompting Musa Khan to make his debut. One could explain Naseem’s debut, possessing the best figures for any pacer in the ongoing Quaid-e-Azam Trophy, but Musa’s selection was truly hare-brained. Averaging 68 with the ball at an ER of nearly 4, and lacking the height or control even for domestic cricket, let alone Test cricket, Musa was badly exposed. The only criteria for his selection appeared to be his displays of speed in the Pakistan Super League over 4 overs of a T20. For all of Misbah-ul-Haq’s talk about the Pakistan team “not being a laboratory” – his risky experiments backfired terribly.

It’s not that there wasn’t any experience at all in the bowling attack. 32-year-old Imran Khan made a surprise return after three years of exile. Despite mediocre returns in the Quaid-e-Azam Trophy, he took a 5-fer in a side match and was given the nod in Brisbane ahead of Mohammed Abbas. His lack of pace and failure to hit the right lengths made Misbah immediately regret his decision and he was duly benched for the Second Test. Abbas himself didn’t look threatening even with the pink ball in hand, and despite a reputation for being a wicket to wicket seamer – only a handful of balls would’ve hit the stumps from his 29 overs.

Overall, Pakistan’s collective bowling average of 89.92 on this tour represents the WORST returns in a Test series in its history (surpassing the 1962 tour of England where the bowlers averaged 65). Not once did they take 20 wickets and failed to even take 10 in Adelaide with the pink ball. In order to compete next time and learn lessons, Pakistan must admit to their inability to bowl the right lengths in Australia in 2019. In contrast, on their last three tours of Australia – the bowlers average 55.73. The “SENA countries”, South Africa, England and New Zealand, in comparison to Pakistan’s feeble efforts had bowling averages 32, 33 and 29 respectively.

Bowling with the Kookaburra on hard, flat Australian pitches requires not express pace or even enormous height (though ideally pacers should be close to 6ft and above) but an ability to pitch the ball just fuller than a good length to force the batsmen to drive and play 45° degree angle shots. But time and again, Pakistan banged it in short and got punished by Australia’s excellent backfoot players. What this tour also exposes is the blunt truth that Pakistan’s pace bowling has been living on past glories and is in dire need of rejigging which should be food for thought for our Bowling Coach, Waqar Younis.

If there were any positives at all for Pakistan, then Babar Azam’s continued excellence, and to some extent Shaheen Afridi’s gutsy displays represent the only good news from a truly wretched tour.

However, the time for empty platitudes is over. Pakistan seriously risks falling the way of West Indies and are struggling to even compete with the top teams and are now placed 8th in ICC’s Test team rankings. The abdication of responsibility from senior players must not be tolerated anymore, while romantic notions about teenage superstars coming to save the day must end. The PCB must come clean about its opaque appointment process in the summer, giving Misbah-ul-Haq a dual role despite no coaching or selection experience. It must ask bowling coach Waqar Younis to answer for the bowling display, and what he’s learned from multiple failed coaching tenures. Above all, it must lay out a plan to get out of this mess otherwise Pakistan face a nasty homecoming vs Sri Lanka.