"Coaches should be there to help fix player's problems, not to just say 'shabash' and clap" : Aamir Sohail

In his latest blog for PakPassion.net, Aamir Sohail writes about Mohammad Amir's retirement from international cricket, why Pakistan coaches need to be more than just cheerleaders, Naseem Shah's suitability for the national side, Mohammad Wasim's appointment as Chief Selector and why Misbah-ul-Haq's role as Head Coach is based upon flawed reasoning by the PCB. 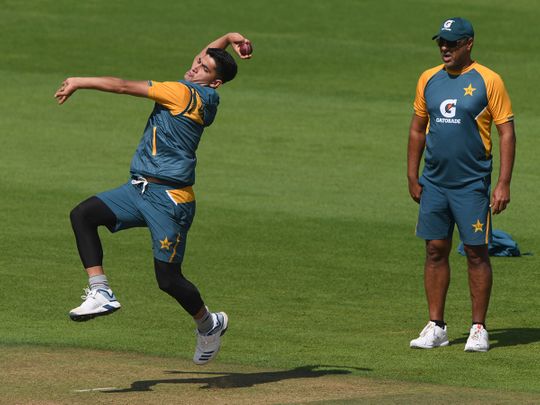 Mohammad Amir’s recent decision to retire from international cricket seems to have been triggered by his differences with the team management. But then we shouldn’t be surprised by this as this is not a new phenomenon because this situation where players are dissatisfied with team management has been in existence for many years. Instead of an atmosphere of unity and harmony in the side, we have a confrontational setup which is probably the cause of players feeling disillusioned with the team management, so in that sense Amir’s decision to walk away from playing for Pakistan should not really be a surprise to anyone.


Coaches should be there to help fix player's problems, not to just say 'shabash' and clap

Whilst the reasons behind Amir’s exit from international cricket have been well articulated by him, there are important takeaways for Pakistan cricket that need careful consideration. For starters, there is an eagerness to drop a player from the side or replace him altogether if he is not performing or suffering from poor form, without giving any thought to the reasons behind his issues and any attempts to fix those problems. In Amir’s case, the support staff associated with the Pakistan side should have jumped in to help him if he was having any problems and was not delivering to expectations – what else is the support staff there to do? Coaches should be there to help fix player's problems, not to just say 'shabash' and clap. Having coaches to just say 'shabash' and other words of encouragement defeats the purpose of specialized help. You might as well drop the coaches and hire some people to stand around and clap to cheer-up the players – I am sure that will cost much less!


Flawed selection process for appointing coaches for the Pakistan side

When we bring former players into a coaching role for our national side, they are expected to bring their experience to bear when looking after players in the side. To identify weaknesses and strengths of players is what a coach is supposed to do and if he cannot do that, then he needs to help the player hide those problems so that the opposition is not able to take advantage of that. Which brings me to the whole idea of selection of the coaches. Were they actually asked about what they saw as the issues with the side and how they would go about fixing those problems before they got their roles? Take the example of Naseem Shah who clearly has a problem in his action, but it seems that no one is able to fix it which is the kind of technical input one would have expected from our coaches. This aspect of their coaching knowledge should have been picked upon at the time of an interview for a position. There clearly was no probing of what technical inputs a potential candidate could bring to the table if selected as coach for Pakistan, and sadly that is now showing in the performances of the team.

Pakistan’s decision to bring in Naseem Shah in the national side should have been based on sound judgement. Whilst having good pace is important – it’s not the be all and end all for a pacer. There are many important skills that a bowler needs to have to succeed and some of those are the ability to bowl six good balls, to get in and out of an over, to be able to setup batsmen and prize out their wickets not in just one, but maybe three solid spells in a day. And then, there is the basic question of the bowler’s action and whether it’s hampering or helping him. If the answer to any of these questions is a no for Naseem, then there had to be work done with him before he was brought into the Pakistan side.

There has always been a tradition in Pakistan cricket to throw talented young bowlers in the deep end and let them sink or swim. This approach used to work mainly because of the ability of these bowlers to impart reverse swing on the ball but things are different now. Top batsmen around the world have learnt to play reverse swing and this sort of bowling is no longer a novelty. So, bringing in novices into international cricket who cannot setup the batsman, or swing the ball or plan their spells based upon the state of the game is asking for trouble.

Similarly, batsmen who cannot stay longer at the crease and hit 1 or 2 boundaries in an over, and then perish are really of no use to the side. Better quality batsmen are not dependent on just bad deliveries to score runs but are able to find runs off good balls as well and also understand the fact that having good strike rates is not about taking unnecessary risks but playing sensibly. This is where the importance of a robust structure at club and other domestic levels of cricket is most important. But, it’s equally important that the players are not just given generic guidance but given specific instructions to improve their game which is where the role of competent coaches is important.

It is quite possible that players when told to get fit will overdo their training and get injured in the process. To me fitness is not an end itself but a way to get to your ultimate goal which is to be able to bowl more overs or bat longer to make not just hundreds but double hundreds. This could explain the number of injuries that our players are getting and to me this needs a change in our fitness culture as well as the mindset.

What really fills me with optimism about Mohammad Wasim’s appointment as Chief Selector is the simple fact that he has been involved with domestic cricket for a while now. What that means is that he knows about the good players in our domestic game. This is because of his knowledge of the game in Pakistan due to his role as coach of Northern and also as a commentator. But where he can really make a difference as Chief Selector is in selecting the right players for the longest form of the game.

The problem we have at the moment is that the people responsible for picking our Test side are picking batsmen based on their strike-rate and how good most of them were in the Pakistan Super League. What should be happening is that Test batsmen should be picked on how long they can occupy the crease, their technique, their mental strength and whether they can bat for long periods and all day if needed.

It’s ludicrous to pick players for the 5-day format based on their performances in twenty over cricket. There is no logic to this and we can see what sort of impact this logic is having on our Test team. We need a horses for courses theory rather than trying to slot twenty20 cricketers into the Test team. Pick proper Test batsmen who have been performing in 4-day domestic cricket such as Saud Shakeel, Usman Salahuddin and Mohammad Saad for Test matches instead of just sloggers for what is the toughest format.

Players who are not only experienced but have good technique and have a good understanding of the game are the kind of cricketers who qualify to represent Pakistan, and this will be something I am hoping that Mohammad Wasim will prefer for the national side.

I cannot get myself to blame Misbah-ul-Haq for any mistakes he is making as to be honest, he has been given the role as Head Coach of Pakistan and he is learning his trade whilst on the job. If he was preferred over other candidates by the PCB, then fairness demands that he be given time to prove himself. The fault is not with Misbah but his appointment is more of a reflection of the selection procedures employed by the Board. The right way to go about this should have been to ask some of these ex-players to coach at the grassroots level, and when they succeed there, these coaches should be moved up to the Pakistan Under-19 side and then on to Pakistan Shaheens. Once they have a proven track record of success at these levels, then they should be considered for coaching assignment with the Pakistan national side, rather than getting the top role straight away.


The local talent in Sri Lanka is impressive

I had the honour to be part of the TV commentary team at the inaugural edition of the Lanka Premier League (LPL) and what really impressed me most about this tournament was the presence of some excellent local talent. Sri Lanka has over the years produced some excellent players but, in this tournament, I got to appreciate first-hand a whole new group of leg-spinners, off-spinners who have no fear of flighting the ball, fast-bowlers and most importantly some technically well-equipped players. All of this augurs well for Sri Lankan cricket. The LPL was a little disadvantaged by the fact that a lot of international series were taking place at the same time such as those between New Zealand and West Indies, Australia versus India and South Africa against England so a few big-name players could not come to Sri Lanka. However, I fully expect next year’s edition of the tournament to have a much higher standard with the addition of some more world-class players.