PSL 6 preview: New skipper, but will 2021 once again be a case of 'so near, yet so far' for Multan Sultans?

A strong looking Multan side will look to Mohammad Rizwan to lead from the front and continue his great form at the PSL. 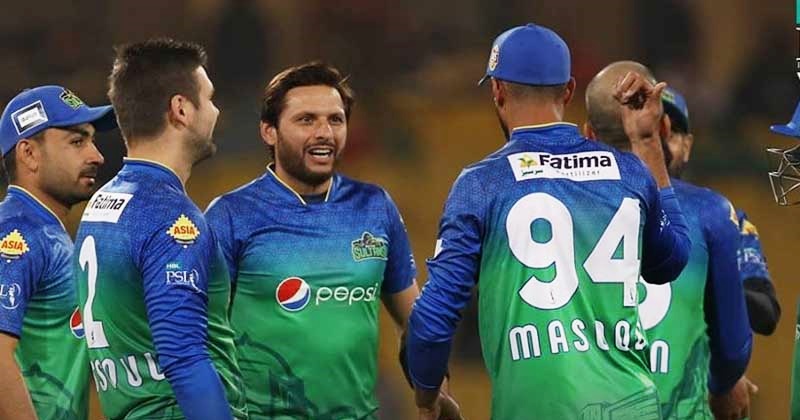 The advent of COVID-19 during the final phases of the 5th edition of the PSL caused the postponement of the last 4 games of the tournament. It was a time when Multan Sultans were sitting at the top of the table. From all indications at that point, the Multan side was ready to make its push to reach the finals of the tournament and to many in the know, their ascent to become PSL champions was a mere formality. But as we now know, Multan Sultans despite having two bites at the cherry were unable make it to the final and will have to face up to their demons in the upcoming 2021 edition of the tournament as well.

The Multan Sultans have taken the decision to remove Shan Masood as their captain in favour of the newly acquired Mohammad Rizwan who given his recent performances for Pakistan can put no foot wrong at the moment. Whilst Shan did display some good leadership skills and had a good showing with the bat in PSL 5 where he was the highest run-getter for his side, he seemed to lack the ability to take his side over the finish line when it mattered most. This is where Rizwan's presence will and should be felt most in PSL 6. Along with the presence of the evergreen Shahid Afridi as well as the vastly experienced Imran Tahir in their midst and aided by the likes of the fast-improving Usman Qadir in their ranks, Multan Sultans have what it needs to make yet another attempt at the summit this year.

Apart from the run-scoring abilities that Mohammad Rizwan will bring to the side, Multan Sultans will be well equipped in the batting department with a host of top-quality match-winners like James Vince, Rilee Rossouw, Adam Lyth, Carlos Brathwaite and Khushdil Shah. The tried and tested skills of Sohail Tanvir, Imran Khan Snr, Sohail Khan will be well complimented by what Shahid Afridi, Imran Tahir and Usman Qadir will provide in the slow-bowling department which is bound to make Multan Sultan a formidable opponent for the other PSL sides.

Head Coach Andy Flower’s main task this season will be to get Multan Sultans to believe in themselves and develop the ability to go all the way and win a tournament. In PSL 5 they almost got to the top but the real question this time is whether the team has the firepower it needs to take on the much-improved outfits like Karachi and Lahore. Shahid Afridi for all his zeal and enthusiasm is a waning force in cricket and Sohail Tanvir is not the surprise package he used to be. Together, the 2 ageing players represent the biggest weakness for Multan Sultans and it's yet to be seen how Shan Masood, given his own recent weak international form and fall from grace, will be able to do something extra special to help his side lift the Trophy in Lahore.


Players to watch out for

All eyes will be on the new talents who have done so well at the domestic level and Shahnawaz Dhani, along with Sohaibullah will be players to watch out for. Mohammad Rizwan whose heroics at the international stage and Usman Qadir who seems to have lifted himself to a different level in recent times will also be worth watching for the Sultans.

Multan Sultan's had a great chance to become champions in PSL 5, but they gave it away when they needed to have their A game up and running. Unless Mohammad Rizwan can single-handedly produce some spectacular batting displays this year to inspire his team, one again expects the Sultans to do their bit to get to the play-offs however, the title will continue to remain elusive for them as it has in the past years.