Many thanks to @Markhor for his incisive analysis on the recently concluded ODI series against New Zealand. 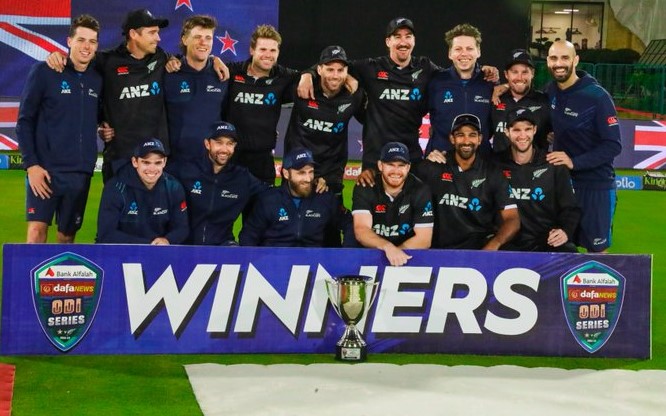 After a bruising year of Test cricket where Pakistan mustered only 1 win in 10, captain Babar Azam would’ve welcomed a return to the ODI format. The hosts entered the series against New Zealand with 14 wins from 20 ODIs since the 2019 World Cup, and a far more settled side than in Tests. Instead Pakistan suffered their first ODI series defeat since Jul 2021 against England and face a few questions before this year’s World Cup in India.

The captain at the crunchWhen Babar Azam passes the numbers test with an average of 60 - people may think it’s crazy to even question his batting. Increasingly though, fans are questioning Babar’s temperament in pressure situations. In T20 format last year, Babar was anonymous in the Asia Cup and World Cup. In the Tests against England and New Zealand, Babar was guilty of some soft dismissals when well set and was unable to help his team win a single Test.It’s unfair to lumber the burdens of winning matches on Babar’s shoulders alone but his innings in the 2nd ODI, albeit on a tricky and tired Karachi surface, raised eyebrows even amongst his diehards. Babar was the top-scorer with 79 but at a sluggish SR of 69 – asking his partners to take the risks of reducing the required rate instead of accepting the initiative himself. If comparisons with the great Virat Kohli are to have merit – Babar should learn from his Indian counterpart how to accelerate in a chase and not simply be content to “anchor” the innings.In the decider, Babar’s dismissal at the hands of Michael Bracewell again raised criticism that the skipper goes missing in crunch games.

Mohammad Rizwan – delivers with the bat; costly with the glovesTwelve months ago, Rizwan was being heralded as one of the best wicketkeeper batsmen in the world. After a torrid T20 World Cup where his technical issues against lateral movement and limited offside stroke play were exposed, and a poor Test series against England – Rizwan was replaced by Sarfraz Ahmed who immediately made the most of his opportunities with the bat.Rizwan responded with two valuable knocks in the 1st and 3rd ODI at good strike rates, although he should’ve converted his 77 into a hundred in the decider. His glovework though was uncharacteristically untidy in NZ’s chase and his drop of Glenn Phillips was costly. Rizwan, ideally positioned as gloveman, could’ve also been more vocal in asking for a review for an LBW against Devon Conway – HawkEye would’ve overturned the on-field decision and denied Conway a vital fifty. The new PCB Chairman Najam Sethi’s bombshell decision to appoint Shan Masood, not a regular ODI cricketer, as vice-captain ahead of Mohammad Rizwan has perhaps added to the external pressures Rizwan is under.

Haris Sohail is setting a poor example as a senior playerWhen Haris Sohail is in form only Babar Azam rivals him in natural stroke playing ability in Pakistan. His cameo in the 1st ODI runchase was a prime example of why his talent has never been questioned - but his fitness and ability to play the short ball certainly has.Haris' long-term knee issues has meant he’s never been the quickest between the wickets. It partly explains his reluctance to dive to make his ground, his poor jump (which prevented him from taking a catch in the 2nd match), and his general sluggishness in the field. However, Haris’ laziness is joked about even by his teammates, and is why previous Chief Selector Mohammad Wasim dropped him despite strong ODI numbers.The 3rd ODI displayed his worst traits. After taking a blow on the helmet from Kiwi quick Lockie Ferguson – he was runout two balls later trying to desperately get off strike having backed away so far towards leg he was practically in the lap of the square umpire. He eventually was substituted due to neck pain – but the blow itself could’ve been avoided with better technique than trying to duck a bouncer on a slow, low pitch. It was frankly spineless cricket and a poor example from a senior player.

The positivesNaseem Shah’s absence from the decider proved decisive. He was Pakistan’s leading wicket-taker despite only playing two matches, and on sluggish wickets varied his pace nicely.Leg spinner Usama Mir received a long-awaited callup after a good showing in the Pakistan Cup. After this series, one wonders why Usman Qadir and Zahid Mahmood were selected ahead of him. His first two ODIs were very impressive with Mir removing Kane Williamson with a well spun leg break. He turns his stock delivery more consistently than Pakistan’s incumbent leg spinner Shadab Khan, and Mir’s height also means he extracts good bounce.He didn’t quite get it right in the decider, and pitches elsewhere may not be as favourable to spin as Karachi’s. Still, he’s earned further opportunities. Fakhar Zaman posted his first hundred since returning from injury, and again proved himself a big match player. While his SR was uncharacteristically slow – his partnership with Imam-ul-Haq is crucial if Pakistan are to win the World Cup.

The Final VerdictWhen ODI cricket is fast losing relevance, this proved an intriguing series on tracks that provided a decent balance between bat and ball. Pakistan do not need to throw the baby out with the bathwater in ODIs – but they sorely miss Shaheen Shah Afridi and Shadab Khan. Babar’s captaincy remains precarious and continues to show a lack of game awareness in key moments. With Saqlain Mushtaq’s contract soon expiring - a new coach may favour fresh leadership.