Which side will win the National T20 Cup?

"I have always felt that every game for Pakistan was my last" : Sami Aslam

Sami Aslam's international career seemed to have taken off after his odds-defying innings of 82 and 70 during the 3rd Test on Pakistan's successful tour of England in 2016. Whilst it seemed that the left-handed opener was well on his way to becoming an established name in the Pakistan side, the facts are that 22-year-old Sami Aslam played only 13 Test before finding himself excluded from the national side having last represented his country in 2017.

In an exclusive interview with PakPassion.net, Sami Aslam spoke about his disappointment at not being awarded a central contract, his disbelief at constant exclusion from the Pakistan side, answered criticisms about him being too defensive a player, wondered why he has not been able find a place in a PSL team in all three editions of the tournament and put forward his aims to be the best batsman in the ongoing domestic season. 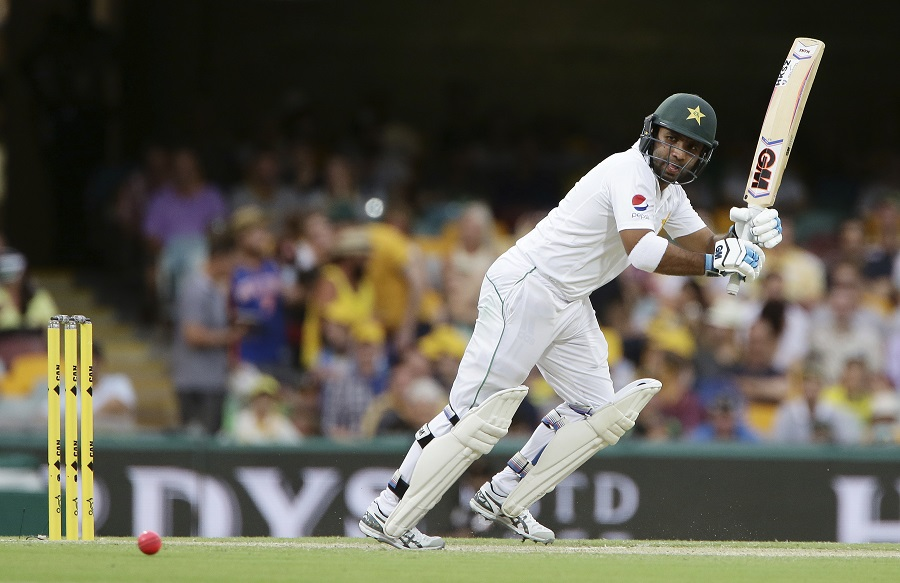 PakPassion.net: You are not in the international reckoning and have no central contract either; dark and disappointing times for you at the moment?

Sami Aslam: I'm not a bit disappointed, I am very disappointed. I was included in the squad for the tour of England and then to be totally out of the reckoning for the 33 players awarded central contracts is hugely disappointing.


PakPassion.net: Why do you think it is that you are now totally ignored for selection and for central contracts?

Sami Aslam: I have no idea as last season in domestic cricket I performed really well amongst all the formats, so I am mystified as to why I am suddenly deemed not good enough for the squad or for a central contract.


PakPassion.net: You seemed quite down and disheartened and downbeat during the tour of England. Why was that?

Sami Aslam: When I went to England. I thought I would get a chance to play having done well on the tour of England in 2016, so mentally I was ready to play and perform and I thought I would be in the starting eleven. So, when you are part of a touring party and you never even get a chance to play then there will be some disappointment. But perhaps the team management had other ideas, that only they can explain.


PakPassion.net: Have any of the coaches or team management been in touch with you explaining why you are no longer in the squad and are without a central contact and also explained to you what you need to work on?

Sami Aslam: I've had no messages or calls about this. I don't get what the reasons are behind my not even getting a central contract.


PakPassion.net: Your critics say that you are not the same batsman in international cricket that you are in domestic cricket and that you are overly defensive when playing for Pakistan?

Sami Aslam: There is a simple explanation regarding this. When you come into international cricket despite having played at the Under-16 level and Under-19 level, you will find a lot of differences. Every player wants to cement their place in the international team and not be forgotten back into domestic cricket after having worked so hard to get into the national team. I scored 45 runs on ODI debut against Bangladesh and then I was dropped for a year in ODIs for no reason. It's right that I have not played for Pakistan in the same way I play for my domestic teams and that is because I always felt that every game for Pakistan was my last match. I have faced the top teams abroad in England, New Zealand and Australia in tough conditions. I don't think I was overly cautious in these series and if you look at my strike-rate, it wasn’t that bad as compared to the other players. I'd be foolish if went out there every time all guns blazing and fail, knowing that the innings could be my last for Pakistan. I was the third highest run-scorer in Tests in 2016 and averaged 45 yet I was dropped for the next series in 2017 against West Indies. If I am continually making a comeback and my place is continuously in jeopardy, then I can't go out there and try to smash the ball to all parts.


PakPassion.net: Are you implying that your record would have been better had you played some home series in UAE?

Sami Aslam: Look, you cannot argue that barring South Africa, the toughest series away from home for a batsman are England, Australia and New Zealand and they are the three opponents I have played against all away from home. I did well in England and New Zealand. I stayed out in the middle in Australia for long periods having played for 2 Tests and then being dropped for the third Test, I opened the batting in the Brisbane Test match and I was the 6th wicket to go down. So, I've taken on board all the experience I have gained in playing in those conditions and I believe I have the capability to score runs anywhere in the world whether it's in England, Australia, UAE or anywhere else. I don't think my record is that bad as I have faced some very tough conditions so far in my Test career.


PakPassion.net: You've made some good starts to your Test innings but have not been able to convert them to centuries. That must be frustrating?

Sami Aslam: Yes, I agree, I should have converted some of those starts to hundreds but I still believe that my record is not too bad and certainly not one where I should have been dropped from the Test squad or the list of centrally contracted players.


PakPassion.net: Things get pretty tough for a player when there is that concern that every innings could be your last one, don't they?

Sami Aslam: It's like any job isn't it. You are a journalist and if you are told that you only have one interview and if it's not a good interview then you are out of a job, then you are bound to feel the pressure and make mistakes.


PakPassion.net: Perhaps you needed a few series on the placid tracks of the UAE to gain some confidence at the international level?

Sami Aslam: That would have been nice, but I can't see that happening in the short-term. There are two series coming up in the UAE and I'm not even in the list of centrally contracted players.


PakPassion.net: Despite the setbacks, you've made a good start to the domestic season. That must fill you with plenty of confidence?

Sami Aslam: In the last couple of months I've been working really hard on my batting. I don't think I have worked as hard on my cricket in my entire career as I have in the last two months. I was feeling down after the central contracts snub and there was no motivation, but then I picked myself up and said to myself that I want to have an extraordinary season this time around in domestic cricket and I want to break the record for the most centuries in a season in the Quaid-e-Azam Trophy tournament. I've had a good start and it's important that I build on that good start.


PakPassion.net: How does it feel to see guys like Babar Azam and Imam-ul-Haq, players who you have played a lot of cricket with at junior levels for Pakistan, now established international players while you are looking in from the outside?

Sami Aslam: There is no resentment or jealousy there. I'm still playing cricket and performing and whatever is written in your destiny will happen. Imam and Babar have made the most of the opportunities that came to them and they have done well. I'm delighted for both of them and wish them the very best in their careers.


PakPassion.net: Who have you upset at the Pakistan Super League (PSL) as you've not been included in any of the first 3 editions?

Sami Aslam: Let me highlight a couple of things. In the Pakistan One-Day Cup last year, we were chasing 376 and all of the selectors were at the ground watching the match. I scored 169 in that match off 126 balls and then in the final I scored 109. Then in the National T20 Cup against Lahore who had Mohammad Amir and Mohammad Hafeez in their team, I scored 91 runs off 60 balls. Then in the next match of the T20 tournament, I scored 56 at a strike-rate of almost 150. The PSL draft was the next day and I was not picked yet again for that tournament. My point is that I am picked for domestic T20 tournaments in Pakistan and there are always three or four teams wanting me to sign for them and I am always picked in the first or second round of the draft, yet when it comes to the PSL nobody picks me and I don't even get picked for the reserve players in the PSL. By all means anyone can check my List A or T20 domestic statistics and you will see that they are pretty good.


PakPassion.net: Highs and lows are part and parcel of a professional sportsman's career, but you must be thinking that the way you bounce back from the low points is important?


PakPassion.net: If you had the opportunity to speak with Mickey Arthur and Inzamam-ul-Haq, what would you say to them?

Sami Aslam: I wouldn't say anything to them really. I would much rather let my bat do the talking for me. There's not much I can do regarding the decisions they have taken, other than to just go out there in the middle and score lots of runs and perform well. They've obviously made their decision and they will have their reasons, but my focus is now on scoring heavily and winning back my place in the Pakistan team.
Discuss!