"I am convinced that I do have the talent and skills to play for Pakistan" : Umar Siddiq

Talented 26-year-old Lahore-born wicket-keeper/batsman Umar Siddiq impressed all with his performances in the 2019 edition of the Pakistan Super League where he scored 169 runs in 7 games for his side Multan Sultans. He followed up his good run of performances by scoring 205 runs in four matches at an average of 51.25 in the 2019 Pakistan Cup.

In an exclusive interview with PakPassion.net, Siddiq spoke about his experience of playing for Multan Sultans in PSL 4, the feeling of playing in front of a jam-packed National Stadium in Karachi, his successful appearances in the recently concluded Pakistan Cup and his ambitions to play for Pakistan in the future. 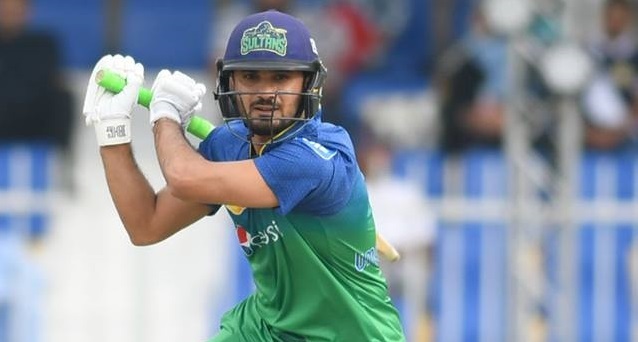 PakPassion.net: How was the experience of playing in PSL 4?

Umar Siddiq: Playing in a top-quality tournament like the PSL was an amazing experience for me. In the past, I was part of the Islamabad United squad in the 2016 edition of the tournament but did not play any games for them. However, in 2019 I was part of Multan Sultans and played seven matches for them which was a most enjoyable experience for me. Apart from the thrill of playing in the PSL, I also had the honour of sharing the dressing room with some top international stars which was most memorable for me.


PakPassion.net: Did Shahid Afridi and Shoaib Malik give you good advice during the PSL?

Umar Siddiq: These two players are legendary personalities of Pakistan cricket and initially I didn’t have that much interaction with them at the time when I wasn’t in the playing XI. But once I was a part of the team, I received a lot of encouragement and advice from both players. So, every time before I went to bat, Shoaib Malik and Shahid Afridi would come to me and give me advice on tackling the opposition bowlers and also spoke to me about the nature of the pitch we were playing on. This was a great learning experience for me which I am sure will hold me in good stead in the future.


PakPassion.net: It must have been uplifting for a player’s morale to play in a top-level tournament like the PSL?

Umar Siddiq: Absolutely, playing in such a tournament does wonders for your confidence. To walk on to the field in PSL where games are played at international venues and then perform in front of big crowds as well as those watching worldwide on TV really builds your confidence. Of course, a good performance at any level is good for a player but it's doubly so in a tournament so prestigious as the PSL, especially when you can score runs in high pressure situations.


PakPassion.net: Do you consider yourself a wicket-keeper batsman or a specialist batsman?


PakPassion.net: Which player do you consider your role model?

Umar Siddiq: I am a great admirer and fan of MS Dhoni and I really wish to become his type of a cricketer. What really impresses me about him is that he is a fantastic wicket-keeper and on top of that he has an ice-cool demeanour. I have myself captained Lahore at the Under-15 and Under-19 levels and I do understand that value of keeping one’s nerves as a captain and that is why I really appreciate MS Dhoni. The other aspect of his persona I like is the fact that he has that ability to play the role of a finisher for his side. I believe that sort of player is what Pakistan also needs and it is my wish to be a finisher for my national side, in the same mould as MS Dhoni.


PakPassion.net: How much did the experience of playing for Pakistan A in 2016 help in your career?

Umar Siddiq: This was a very useful experience for me as this was a very competitive tri-series involving England Lions, Sri Lanka A and Pakistan A which was played in England. I went into this series with some good performances at the domestic level, but the fact was that the conditions in England were very difficult compared to what I had played in. So, this was an excellent opportunity for me to learn and experience different conditions. However, I was mainly played as a wicket-keeper and didn’t get that many opportunities to bat.


PakPassion.net: How much of a difference did you find between domestic cricket and PSL?

Umar Siddiq: There is a huge gap between the quality and standard of domestic cricket and what you find in the PSL. In terms of actual differences, one can look at the quality of pitches, grounds and training facilities. But the biggest difference is in the size of crowds and the exposure that a player gets when he plays in the PSL. Whilst the matches in UAE may not have attracted that many fans to the grounds, the matches in Karachi had a huge number of people attending the games. Personally speaking, I had never in my life played in front of such a jam-packed house as I did at the National Stadium when we played there. This was a unique experience for me as when we play domestic Twenty20 games in Pakistan, we never see such interest or number of people in the stadium. I believe it is that crowd-pressure which is what trains you as a player for bigger assignments in the future and usually in domestic competitions, we have none of that. Whilst we had some reasonable crowd numbers in the Pakistan Cup, it was nothing compared to what we saw in the PSL in Karachi. The pressure and enjoyment that one gets by playing in front of 30,000 to 35,000 people cannot be described in words.


PakPassion.net: How was the experience of playing at the National Stadium?

Umar Siddiq: To be honest, the overwhelming feeling that I had when I stepped onto the field for Multan Sultans at the NSK was that of pride. This was a time of great joy for all of us as instances of such high-quality cricket being played in Karachi have been rare in recent times. Looking around at the many thousands of people around us gave me a great buzz. I have played in Karachi before but never had I seen so many people watching our game. This experience is something I will remember forever.


PakPassion.net: You must be very happy with your excellent performances in the 2019 Pakistan Cup?

Umar Siddiq: Thanks to the Almighty, this was very satisfying as I scored 205 runs in 4 innings. There was really no secret behind my success as all I was trying to play was my normal game. Since I had been ‘keeping in the games, I had got a pretty good idea of what to expect from the pitch and the idea when batting was to wait for the ball that was in my zone and dispatch it to the boundary.


PakPassion.net: Are you worried about the competition for the wicket-keeper batsman role in the Pakistan side, given the success of Sarfaraz Ahmed and Mohammad Rizwan?

Umar Siddiq: Both these players are outstanding in what they have done and are doing for Pakistan. As for me, my job is to continue to do my best and not worry about challenging any other player for any role in the Pakistan side. I will continue to work hard on my game as I have been doing and will leave the rest to the Almighty. I am not obsessed with playing for Pakistan at any cost, what I am praying for is that when I do get the chance, I do not disappoint everyone and perform to the best of my ability for my country. Having said that, I am convinced that I do have the talent and skills to play for Pakistan but when that will happen is up to the Almighty.


PakPassion.net: What changes would you like to see in domestic cricket?

Umar Siddiq: I am hearing a lot of debate and news about changes to departmental and regional cricket but there is nothing concrete at the moment. What I will say is that there is a huge difference between the quality of pitches in domestic and international cricket and this needs to be improved. Also, the balls we use need to be looked at because sometimes a four-day game finishes in just 2 days so that really needs to be addressed immediately.


PakPassion.net: What could the PCB have done to make the Pakistan Cup more popular amongst the fans?

Umar Siddiq: Obviously more international players participating in this tournament would have been a good idea, but I understand that the top players in the country were being rested ahead of the World Cup. To be fair, we had the likes of Umar Akmal, Wahab Riaz and Asif Ali also playing in the Pakistan Cup so there were some big-name stars in the mix. However, where the PCB does need to improve things is in the highlighting of this tournament to the people in a more effective way. There was free entry to the game, but we didn’t see that many people attend matches except for the final.


PakPassion.net: What aims do you have for the future?

Umar Siddiq: My aim is to continue to work hard and I am looking to fix all those weaknesses that I noticed about my game by going regularly to the NCA and practising there. I had been told that I had a very weak off-side game so I worked on that after the PSL and from the video footage I saw of myself during the Pakistan Cup, I was pleased to see that I hit some good boundary-scoring shots with cuts on the off-side. I feel this is just one part of the improvement to my game that I wish to make and there are plenty more areas which I will continue to work on and whenever the chance is given, I will do my utmost to play well for my country, God Willing.
Discuss!