"Pakistan always have something up their sleeve when it comes to major tournaments" : David Lloyd

In an exclusive interview with PakPassion.net, popular television commentator David 'Bumble' Lloyd spoke about his impressions of Pakistan's recent performance against England in the ODI series, why he is impressed with the likes of Imam-ul-Haq, Shaheen Shah Afridi and Mohammad Hasnain, the importance of Mohammad Amir and Shadab Khan to the Pakistan bowling attack and who he thinks are the teams to watch out for at the ICC World Cup 2019. 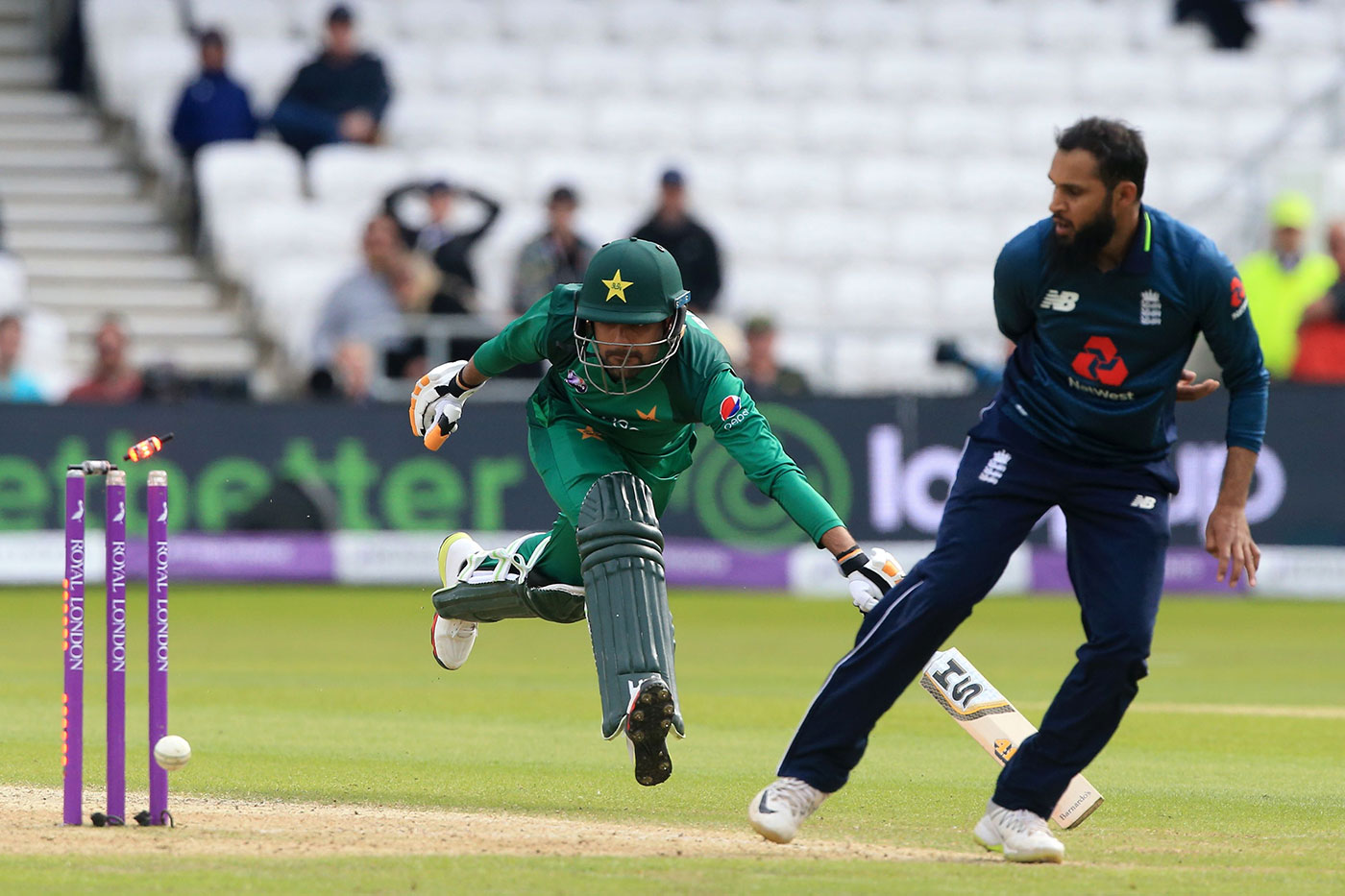 PakPassion.net: Do you think it's fair to say that Pakistan looked pretty flat in the recent ODI series against England?

David Lloyd: Yes, that's fair. They've been on the losing end of the series and they were up against a crack outfit in their own back yard. But don't write Pakistan off, they always have something up their sleeve when it comes to major tournaments just as we saw in the 2017 Champions Trophy. You can't get away from the fact that the One-Day series for both Pakistan and England was preparation for the World Cup and to give a chance to all of the players.


PakPassion.net: Anyone from the Pakistan side impress you during the recent ODI series against England?

David Lloyd: I've seen some really good players that impressed me in the Pakistan team. Imam-ul-Haq looks like a fabulous player at the top of the innings, with a solid defence and a good variety of shots. He'll get better with age and with more experience. Also, there are the young bowlers Shaheen Shah Afridi and Mohammad Hasnain who will also get better with experience. You have to remember that Shaheen and Hasnain will probably have never seen the likes of Headingley where you are running up the hill to the pitch itself and that will have been a great learning experience for the 19-year-olds. What have these lads got? I'm not bothered what they haven't got, but what they have is 90 MPH pace and in 4 years’ time they'll be fitter, stronger, better and have more experience.


PakPassion.net: The recent additions to the Pakistan squad are vital, aren't they?

David Lloyd: Shadab Khan is a very important addition for Pakistan and he's a quality player. He's a good cricketer and you want good cricketers in your squad and for me he just walks straight back into the squad. He's a lad who is very good with the ball, excellent in the field, fields like a dream and more than handy with the bat. Most importantly, Pakistan need his bowling as he's someone who spins it both ways. This is crucial for Pakistan because what we are seeing from Imad Wasim is that he's not spinning it and just darting it through at 63 or 64 MPH and if he's slightly off line he's going to get tapped. When it comes to Mohammad Amir, it is quite possible that may get his mojo back. He's, after all, a quality bowler so I'd expect him to raise his game for the World Cup.


PakPassion.net: Is it the right call to add Mohammad Amir to the World Cup squad despite his recent struggles?

David Lloyd: I think it is. He deserves it for what he has done in the past. He's had a barren patch of 5 wickets in 14 ODIs but here in England you might just get overcast conditions or a bit of dampness and if you have someone like Mohammad Amir, someone of his quality then it could be his day. Of course, it’s the right call to have him in the Pakistan's World Cup squad.


PakPassion.net: What are your thoughts on Pakistan's current batting unit?

David Lloyd: Mickey Arthur before the England series wanted his batsmen to up their strike-rates as their strike-rates are not big enough and that is something that they still have to address. On these pitches in the World Cup you have to score 350 or more. The pitches for the World Cup will be similar to what we saw in the England versus Pakistan series. They'll be flat, easy-paced and there won't be a blade of grass on them. The boundaries won't be as short as we have just seen but they'll be short enough. So, 350 is a par score on those surfaces and your bowlers will have to respond to this challenge.


PakPassion.net: The totals may have been impressive, but the Pakistan strike-rates weren't that impressive against England, were they?

David Lloyd: No, the strike-rates weren't quick enough. It reminded me of England 15 years ago playing cricket which was 10 years behind. You've got to give it a tap and get on with it nowadays. England used to have a phrase ‘No Fear Cricket’ and that's what Pakistan need at the moment as sometimes the urgency isn't there. But as I said earlier, they'll still have something up their sleeve for the World Cup.


PakPassion.net: Do you expect Pakistan to raise their game for the World Cup?

David Lloyd: Yes, it will be like horse-racing, where you are better-off after a race. Get a couple of races under your belt and then you get going and that's what Pakistan will be hoping after the matches against England. Over the years, Pakistan have always had that unpredictability, but unfortunately what I saw in the 5-match series against England was predictability. But I repeat, don't rule them out.


PakPassion.net: Despite the Champions Trophy win in 2017 and the unpredictability factor, it would be a huge surprise if Pakistan won the World Cup this time around?

David Lloyd: Every team in the World Cup will be saying to themselves, don't underestimate Pakistan or you will come unstuck. Any team that underestimates Pakistan could be in for a surprise.


PakPassion.net: Do you agree with the assessment that Mickey Arthur and Sarfaraz Ahmed have two of the toughest jobs in sport?

David Lloyd: Pakistan have had some fantastic players in the past like Younis Khan, Inzamam-ul-Haq, Wasim Akram, Waqar Younis, Javed Miandad, Mushtaq Ahmed and Abdul Qadir. All these names are iconic cricketers so the expectations will always be there. Pakistan cricket expects great players to emerge and that's where Mickey Arthur and Sarfaraz Ahmed need to sort it out and make the current players emerge and flourish.


PakPassion.net: Who do you see as the favourites for the World Cup?

David Lloyd: England are favourites, Australia are coming good and India will be a firepower team. Pakistan are always there or thereabouts, but nobody has mentioned New Zealand. I've watched New Zealand closely and they are a fine team, a very good team and they are used to punching above their weight.


PakPassion.net: What is the secret to success at the World Cup? Is it consistency or the X-factor?

David Lloyd: The pitches will be that flat that the bowlers will be serving it up in envelopes so what you need are wicket-takers. I'd be looking at whose got the best bowling-attack, whose got the most potent attack, whose got the attack that can take wickets. With that in mind, Australia are up there, and I think England are right up there too. India have a strong batting unit, but they've also got some really good bowlers. It's going to be a cracking World Cup, and somebody is going to spoil the party. I wonder if it might just come down to as Pakistan have done in the past many times, start slowly and just get better and better. England have been consistent for a long period of time and they've got good method so that could also be vital.
Discuss!