"I should have played more international cricket" : Aizaz Cheema

Aizaz Cheema was in the limelight in 2012 after his iconic performance in the final over of the Asia Cup where he successfully defended 8 runs against Bangladesh to give Pakistan victory by 2 runs. In total, Cheema played 26 times for his country, taking 51 wickets before he was effectively sidelined from the national side in 2012. His most telling contributions, however, came during his First-Class career which began in 2001 and ended in 2019, where he took 572 wickets at an average of exactly 20 which included 38 five-wicket hauls in an innings and 11 ten-wicket hauls in a match.

In an exclusive interview with PakPassion.net, Cheema spoke about the highs and lows of his career, the disappointment of not having represented Pakistan since 2012, his views on the recent reforms by PCB to domestic cricket, his mentor role with Central Punjab and his aspirations to take on a role as a coach in the future. 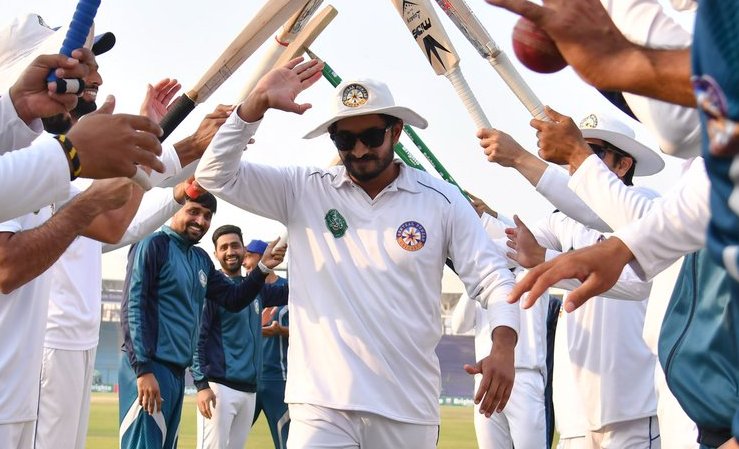 By Amir Husain (28th January, 2020)
PakPassion.net: What would you class as the highlights of your career so far?
Aizaz Cheema: Without a doubt, the high points of my career have revolved around playing for Pakistan. My Test debut was against Zimbabwe in 2011 where I took 8 wickets which also happened to be the second-best debut figures for Pakistan, then in my debut ODI series against the same team, I took 8 wickets in 3 matches which, from what I understand, was the 2nd best debut in that format after Waqar Younis and Abdul Razzaq. Then my role in the famous two-run Asia Cup victory against Bangladesh in 2012, where I took 3 wickets in the final and bowled a brilliant last over was another memorable performance for me. I was also Man of the Match on three occasions in international games and also took 51 international wickets for my country which was a real honour for me and something I look back at with immense pride. When we speak of my performances in Twenty20 cricket, then it’s also important to mention my crucial role for Quetta Gladiators against Peshawar Zalmi in the first edition of the PSL where I defended 8 runs in the final over of the play-off. I was also part of the team of the tournament in the Champions League which was played in India in 2014/15 where I took 11 wickets in 6 games.
PakPassion.net: Any low points or moments that you regret?
Aizaz Cheema: I have always given my hundred percent, so I see no reason to feel bad about any aspect of my cricket. You can always have days in cricket when your performances are not the best, but I have always felt satisfied with my game. But, as a professional cricketer, one needs to take the highs with the lows and continue to work hard and that is how it’s been for me. Of course, being dropped from the Pakistan side after my contribution in the Asia Cup victory and also after performing so well in the Quaid-e-Azam Trophies during the last and current season was also a cause of disappointment for me, but I did not give up and have continued performing to the best of my abilities.
PakPassion.net: You represented Pakistan 26 times but surely you would have preferred to have played more for your country?
Aizaz Cheema: Yes, this was pretty disappointing for me as I felt that I should have played more international cricket. Since last representing Pakistan in 2012, I have continued to play domestic cricket and put in good performances, and I am currently the top wicket-taker in T20 cricket in Pakistan with 121 wickets to my name. What I am really pleased about is that I have kept myself in high spirits and my performances have been excellent since the time I was dropped from the Pakistan side. Recently, I was part of the Central Punjab team that won the Quaid-e-Azam Trophy and whilst I have retired from four-day cricket, I am still very much available for Limited-overs matches and am looking forward, if selected, to appearing for Central Punjab in the National One-Day tournament that will be played after the PSL.