"There is such a rich base of cricket talent in Pakistan" : Grant Elliott

One of the most popular overseas players ever to have played in the Pakistan Super League (PSL), Grant Elliott played 105 times for New Zealand scoring 2233 runs. He has been a key member of the Lahore Qalandars squad and played a part in some of their most memorable wins in the tournament including the iconic 'bat drop' moment at the end of the run-chase against Islamabad United in 2017 edition of the tournament.

Part of the TV studio team at the 5th edition of the PSL, Elliott spoke to PakPassion.net about his experience of visiting Pakistan, the reasons behind Lahore Qalandars' disappointing performances in the PSL, the never-ending production line of Pakistani pace-bowlers and his hopes of a New Zealand tour of Pakistan next year. 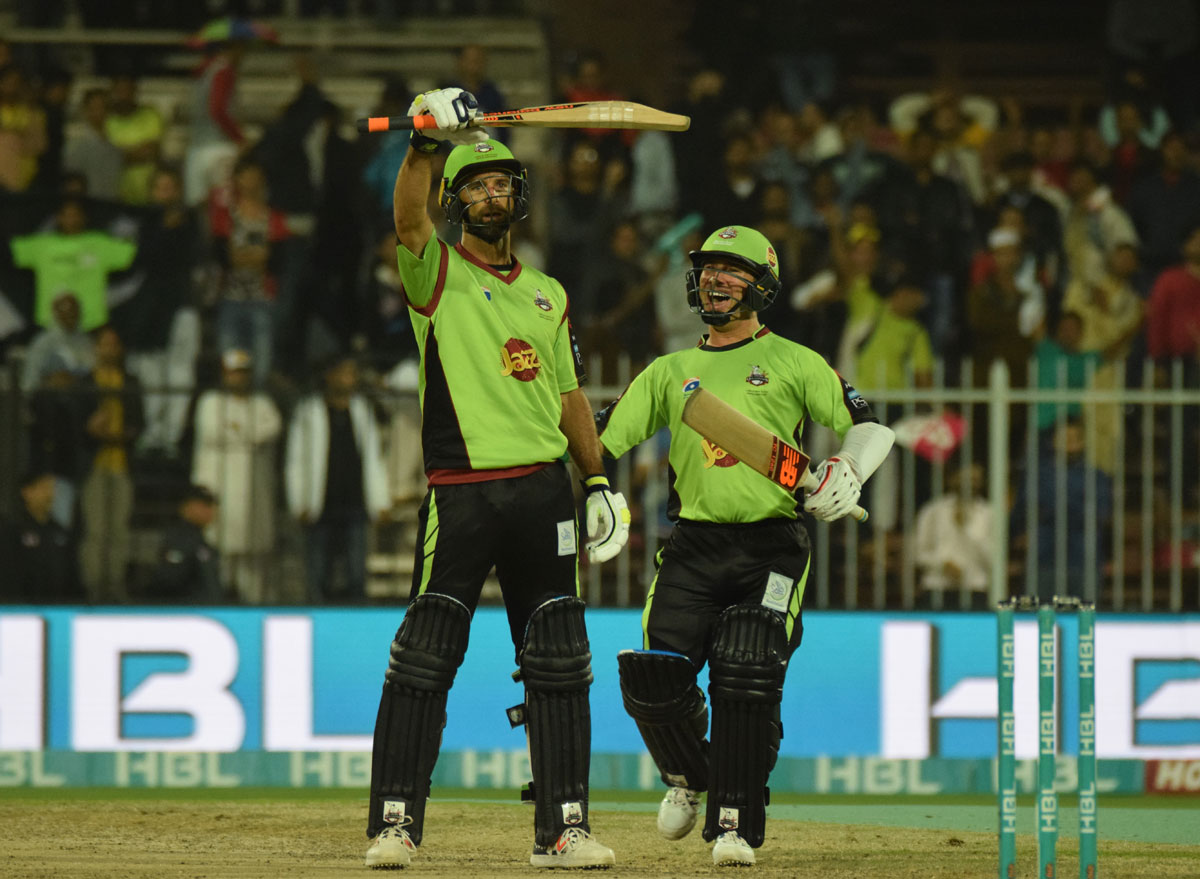 By Saj Sadiq (9th March, 2020)
PakPassion.net: Have you had much of a chance to explore Pakistan during your current stay?
Grant Elliott: It’s a busy work schedule for me and the studio hours are long especially when it’s a double-header so it’s a bit difficult to explore Karachi. But on one of the days off I have been out and about with my hosts Fakhar-e-Alam and Azhar Ali and met the Sindh Governor Mr. Imran Ismail and had tea with him which was an excellent experience as he is a very pleasant man.
PakPassion.net: You’ve obviously been watching the Pakistan Super League (PSL) very closely from the TV studio, what do you make of the standard this time around?
Grant Elliott: I think the PSL is a very good standard of cricket. The one thing that has really struck me this time around is that you have young guys who are performing like Naseem Shah and Haider Ali. They’ve come out and have really impressed and I think that’s a real positive because in a strong competition to see young guys play with such flair and composure at times has been really promising. I think we are seeing the fruits of labour now in the Pakistan Super League in its fifth season. In the Indian Premier League, we have seen India’s fielding really improve throughout the life of that tournament, so standards do improve over the course of time in these tournaments. What really stands out for me in the PSL is the quality of fast-bowling. It’s amazing how many of the guys in the PSL bowl at speeds of 140KpH or more, especially if I compare that with New Zealand where I think we might just have only two or three such pacers bowling at those speeds in the whole country. There is such a rich base of talent in Pakistan, but it needs to be scouted and found properly which is something that franchise cricket will actually help to do. It will help to spread the wings of the franchises and it will help in finding talented cricketers in their respective regions.