Regarded as one of the pioneers of reverse-swing in English cricket, Darren Gough served his country with aplomb taking 467 wickets and was a key member of England's Test series-winning squad during the tour of Pakistan in 2000.

In an exclusive interview with PakPassion.net, Gough spoke of his memories of visiting Pakistan during the 1996 World Cup and the historic tour of 2000, how he learnt the art of reverse-swing by observing Wasim Akram and Waqar Younis, why Pakistan is able to produce young fast bowlers and his aspirations to coach in a franchise-based league such as the Pakistan Super League. 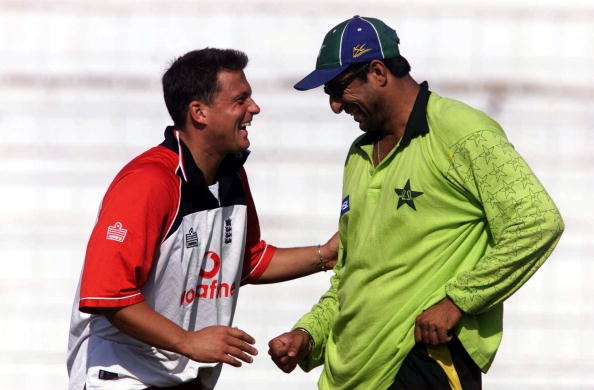 By Saj Sadiq (13th April, 2020)
PakPassion.net: You toured Pakistan on a couple of occasions, what was the experience like?
Darren Gough: I’ve always loved going to Pakistan and I’ve had some great tours out there. During the 1996 World Cup, we were based in Lahore and I had a great experience. We stayed at the Pearl Continental which was really nice and the practice facilities provided were great. We were well looked after and I had a great time.
PakPassion.net: What are your memories of the Pakistan leg of the 1996 World Cup?
Darren Gough: We were based in Lahore ahead of the 1996 World Cup which of course was held in three countries. To be honest, it was hard work for the pace bowlers. Dominic Cork, Peter Martin and I had to spend a lot of time out there to acclimatise as we just weren’t used to those types of conditions. The fact was that our team just was not adapted to those conditions, in terms of our batsmen and their ability to face spinners or the type of bowlers we had in our squad. Most of our cricketers in that World Cup were English-type cricketers who just were not suited to the pitches out there and that’s why we struggled.
PakPassion.net: What were the pitches like in Pakistan when you were out there?
Darren Gough: The pitches were flat as you would expect and it was hard work, but you had to be on top of your game every single day as a bowler and there was no respite. If you were a spinner you might have got some help from the pitches, but if you didn’t do anything special with the ball as a fast-bowler it was going to be hard work.