"I hope my story will inspire many youngsters to follow their dreams and never give up" : Haris Rauf

Haris Rauf's journey as a promising talent started when he was picked up by Lahore Qalandars during trials for their Player Development Program in 2017. Since then, Rauf has played in two editions of the Pakistan Super League (PSL) and was a star performer for Melbourne Stars in BBL 09 with 20 wickets to his name.

In an exclusive interview with PakPassion.net, Rauf spoke about his fantastic BBL 09 season, the advice received from Dale Steyn during the Big Bash League, his debt of gratitude for Lahore Qalandars, why he is impressed with Shaheen Shah Afridi's progress and looked forward to his hopes of bowling against the likes of Virat Kohli and Rohit Sharma in the ICC T20 World Cup. 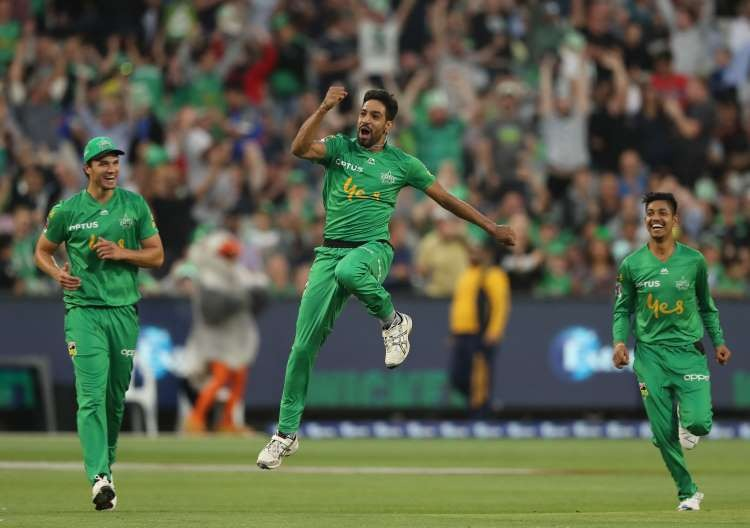 By Amir Husain (26th April, 2020)
PakPassion.net: What was the reason for your excellent performance in BBL 09?
Haris Rauf: I feel that coach David Hussey and captain Glenn Maxwell’s confidence in my abilities was the key factor in my excellent performances in the BBL where I took 20 wickets in the tournament. Maxwell had extraordinary confidence in my ability to bowl and used me where I was of most use to the team. He went out of his way to support me whilst we were on the field and for my part, I repaid him by bowling to the plan and to the fields he set for me.
PakPassion.net: What advice did Dale Steyn give to you during BBL?
Haris Rauf: Dale Steyn has been my role model ever since I started to play cricket and to be in the same team as him at the BBL was absolutely thrilling. To be told that I was replacing him as he had to return for international duties was shocking as I could never have imagined that I would be good enough to take the place of my role-model. I was very happy to meet him, and I can tell you that he is a wonderful teacher. He gave me tips in the nets and gave me a lot of advice about how to go about my game and what attitude to adopt. In particular, he told me about the aggression that I need to have as a fast-bowler and since then I have tried to adopt that attitude for myself. He also gave me advice about fitness and on the outswinger which I am now working on. He is a great teacher and he still remains my adviser today as I keep on talking to him to ask him for his help as and when I need it.
PakPassion.net: How do you feel PSL 5 went for you and Lahore Qalandars?
Haris Rauf: My form in BBL 09 was very encouraging so I wanted to bring in that confidence into PSL 5 and the hope was that I would be able to repeat my efforts in the BBL in PSL as well. It was my dream to help my side win the PSL and to be fair, we had a good momentum going towards the time when the tournament was postponed due to the Coronavirus Pandemic. It appeared that we were well on our way towards a berth in the final and once we had reached that stage, we could have been in a position to win the title, but I suppose we will now need to wait for the tournament to resume to prove that to the world.