"The decision to not leave the PIA cricket team was the worst mistake I made" : Jamshed Ahmed

Jamshed Ahmed is widely remembered as a prominent member of the Pakistan Under-19 World Cup-winning squad in 2006, that defended a total of only 109 in the final against India, where he took 2 for 24 in 7 overs. Despite his excellent performances in that tournament where he took 14 wickets in 6 games, Jamshed's career never really took off and he last played a domestic cricket match in 2014, aged 25.

In an exclusive interview with PakPassion.net, Jamshed spoke about his memories of the 2006 ICC Under-19 World Cup, the culture of 'like' and 'dislike' when it comes to selection in Pakistan cricket, his decision to stay with PIA despite not being given enough chances to play and his advice to young and upcoming cricketers. 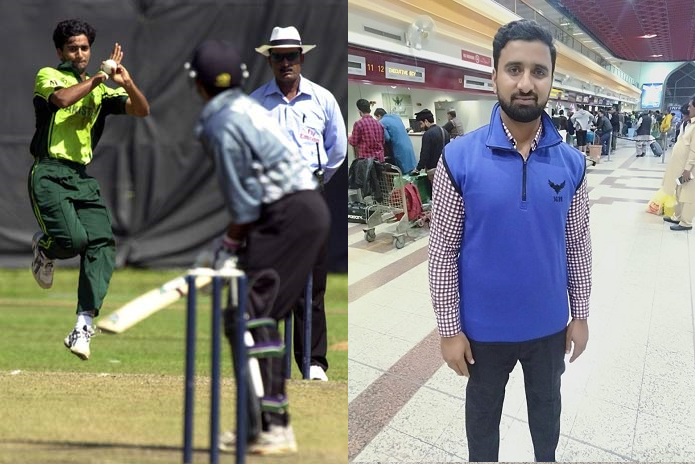 By Amir Husain (30th May, 2020)
PakPassion.net: What are your memories of the 2006 ICC Under-19 World Cup?
Jamshed Ahmed: I have some great memories of that event and they are still fresh in my mind as if the tournament happened yesterday. And it’s not just me, but a lot of fans still contact me via social media to send me highlights of my performances in that tournament and remind me of that excellent time. I will never forget that period of my life as it was a unique and memorable time for me.
PakPassion.net: Do people still recognize you at your place of work at Lahore airport?
Jamshed Ahmed: I am pleased to say that I run into a lot of cricket fans who are quick to recognize me and appreciate my services to Pakistan. Even my managers at PIA where I work, also give me a lot of respect for this reason and offer me help whenever I need any assistance. To be honest, I used to be really worried that given my background as a cricketer, I would have problems fitting into a regular workplace but I was pleasantly surprised at the fantastic treatment I have received in my job.
PakPassion.net: You must have been looking forward to a long and rewarding career after the success of the 2006 ICC Under-19 World Cup?
Jamshed Ahmed: At that time, I had no idea that I would have to take up a regular job to support myself as I firmly believed in my abilities and frankly hoped and thought that I would represent Pakistan for a good number of years.