"I respect Virat Kohli, but I don’t fear him" : Naseem Shah

Regarded as one of Pakistan's most promising fast-bowling talents, Naseem Shah has impressed followers of the game around the world since his international debut at the age of 16. As if confirmation of his special talent was needed, the young pacer proceeded to become the youngest fast-bowler to take a 5-wicket haul in the Test series against Sri Lanka and achieved another milestone as he became the youngest bowler to take a Test hat-trick in the series against Bangladesh.

Now looking forward to his first appearance in England, Naseem in an exclusive interview with PakPassion.net, spoke about the experience of playing international cricket at a young age, what he expects to learn from the likes of Jimmy Anderson, how he and Shaheen Shah Afridi wish to emulate the on-field partnership of Wasim Akram and Waqar Younis and why he is looking forward to bowling to Virat Kohli in the future. 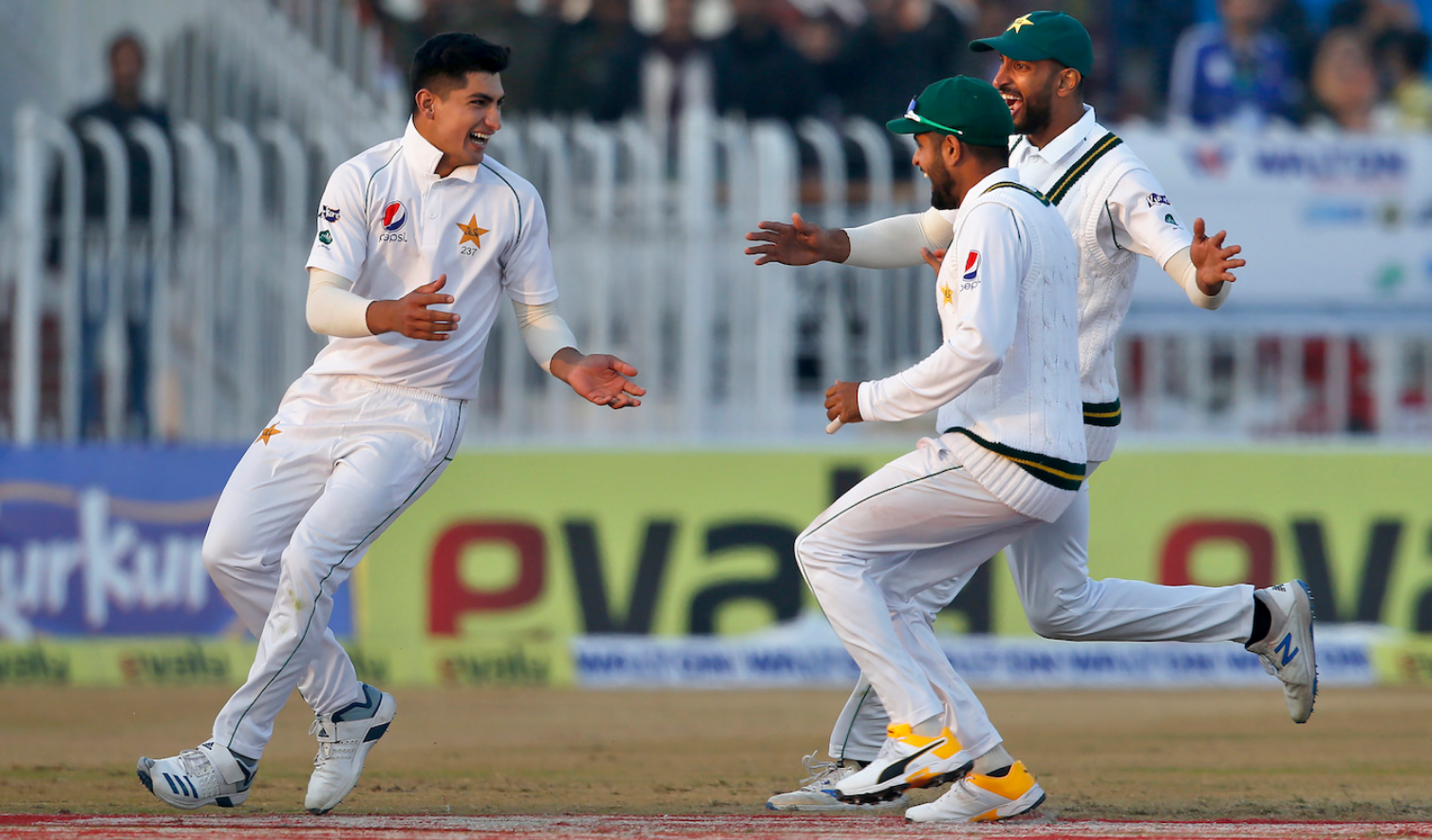 By Saj Sadiq (31st May, 2020)
PakPassion.net: The last twelve months must feel like a dream?
Naseem Shah: Definitely so and I do feel blessed that I have had the chance to play for my country at such a young age. It’s already been a roller-coaster ride with good days, bad days and some very sad times, but that is all part of life. At times I have to pinch myself and remind myself that I am already playing cricket for Pakistan. I really do feel very lucky and privileged to have been given the opportunities, the support and love I have had from some wonderful people around me.
PakPassion.net: Your journey to cricket was not straight forward was it. I believe there was some opposition from your family members?
Naseem Shah: Nothing in life comes easy. I come from a very humble background and my parents always taught me that hard work pays off and when you stop working hard, that’s when things go wrong. There were no cricket grounds near where I lived, and to pass the time I just played tape-ball cricket against the older guys who lived near me. But I was cricket-mad and couldn’t get cricket out of my mind at any time. Even in school during classes, I would be day-dreaming about bowling, thinking about bowling fast, thinking when is this lesson going to end, so that I can get out of here and go and play cricket. There was nobody in my family who played cricket or understood the game, so it was very difficult to convince my family that I wanted to pursue a career in cricket and that it was the right thing to do. My parents would deter me from playing cricket and would implore me to study and forget about a career in cricket, but I didn’t listen to them and I was determined that I was going to follow my dream of playing cricket professionally.
After much debate and convincing my family, I eventually came to Lahore and faced some tough days, some very difficult times where I thought my dream was going to be shattered and I would go home embarrassed and defeated. There were quite a few occasions where I thought my parents were right and my dream of playing cricket professionally was not going to happen. But I never lost heart, I never gave up, I kept going and eventually, my dream came true. Even at such a young age, I have learnt that you should never forget those difficult days, those tough times as they are the ones that will stand you in good stead for the future.