"Many keep on comparing Babar Azam to Virat Kohli which is nonsense" : Mudassar Nazar

Former Pakistan batsman, Mudassar Nazar, recently finished his third stint with the Pakistan Cricket Board, as the Director of Academies at the National Cricket Academy in Lahore. His four-year tenure saw many improvements such as the re-establishment of the Under-13 program and also the emergence of some exciting new bowling and batting talents who are all set to serve Pakistan for many years to come.

In an exclusive interview with PakPassion.net, Mudassar spoke in detail about the highlights of his latest tenure at the NCA, the emergence of Shaheen Shah Afridi and Naseem Shah as top quality bowling talents, the continued lack of top-class playing facilities including High Performance Centers in Pakistan, why he is confident about Pakistan's Test future and his views on Babar Azam's incredible progress. 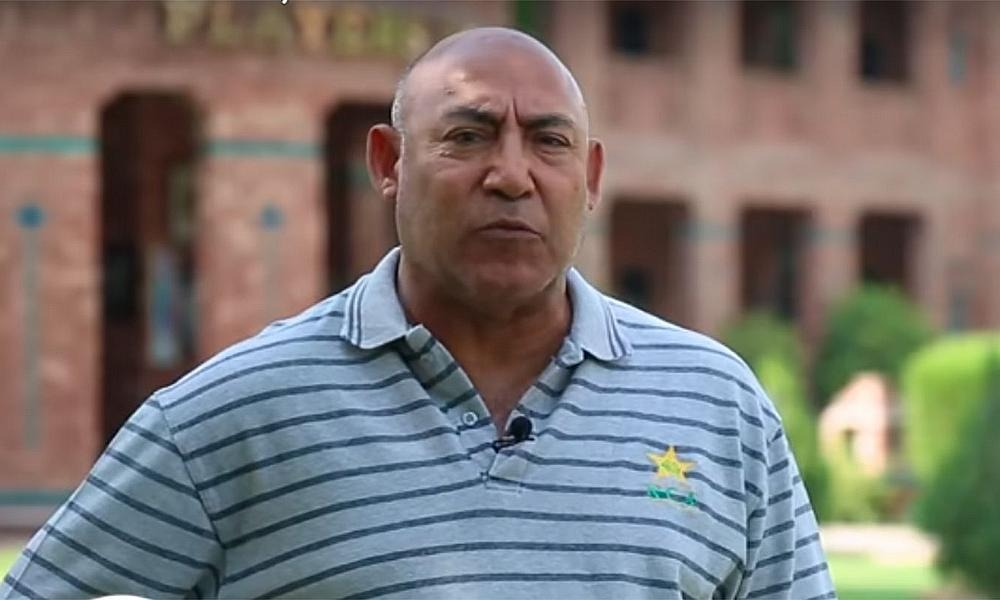 By Amir Husain (10th June, 2020)
PakPassion.net: Can you please shed some light on the circumstances of your departure from the National Cricket Academy?
Mudassar Nazar: When I joined the PCB in 2016 in my third stint, it was on a three-year contract and on the side, I had a role with Lahore Qalandars as an advisor. Then, in 2019 as my contract was coming to an end, Ehsan Mani and Wasim Khan offered me a one-year extension which I accepted. Subsequently, half-way through the latest contract, I came to the conclusion that I would not be interested in a further extension and I informed the PCB of my intentions, as it was only fair that I did that, and the contract eventually came to an end on 31st May.
PakPassion.net: How would you summarise your four years as director of the NCA in Lahore?
Mudassar Nazar: It would be a very difficult task to put in a few words the highlights of my time at the NCA but when I started the assignment, I was reporting to virtually two Chairmen, Shaharyar Khan and Najam Sethi who had their own distinctive styles of management which did make the job interesting. Shaharyar Khan left in 2017 and Najam Sethi assumed all powers but what did not change was the effort and difficulties needed to convince those in power about the technical requirements and development plans of the NCA. All in all, this tenure unlike my previous two stints at the NCA was a little more difficult as I almost had to start from scratch. This was because whilst the previous PCB Chairmen, Ijaz Butt and Zaka Ashraf, had not closed the academies down, but they were just about functioning in name only.
PakPassion.net: What were the challenges facing the PCB when you returned in 2016?
Mudassar Nazar: When I returned to Pakistan in 2016, I realised that things weren’t as good as I had been lead to believe. However, over a period of time, we opened high-performance centers in Multan and Karachi and learned to work with what we had as it became apparent that the board simply didn’t have the money for these ventures. Setting up more such centers would have been a goal that I would have wanted to achieve on my watch, but it was not to be. Whilst I was disappointed by this, I am impressed by the work being done near the Arbab Niaz Stadium on the High-Performance Center and it seems that this facility will be very impressive whenever it is ready. It’s being financed by the KPK government and will be made at a cost of PKR 135 crore, and when complete will be a state-of-the-art cricket academy with all the facilities that you can think of. These are exactly the kind of centers that I wanted to build around Pakistan and not having achieved that is my biggest regret as this was really the sole reason for my return to Pakistan.
PakPassion.net: How important, in your view, is it to develop more High-Performance Centers?
Mudassar Nazar: The PCB is aware of the importance of such facilities and they do talk about them, but they do cost money to not only build but to maintain as well. If we are looking at provincial bodies to help out then I am afraid it will be a long wait as they simply do not have the capabilities nor the finances to build such facilities. The only reason we see one coming soon in Peshawar is due to the help of the KPK government. So maybe that is the way forward where not only do the provincial governments get involved in the building of these centers, but they also look after the running costs which can amount to close to PKR 2-3 crore per year as this is what is needed to run the Under-13, Under-16 and Under-19 programs.
PakPassion.net: Were there any goals that you could not achieve during your latest tenure at the PCB?
Mudassar Nazar: When I returned to the ICC Cricket Academy in 2008, Shaharyar Khan was adamant that I should return to Pakistan. I told him that I would only return if PCB were willing to invest money as we did not have proper grounds and training centers where elite players could train. Given that we had 16 domestic teams, it stood to reason that we should also have 16 High-Performance centers. Shaharyar was insistent that the PCB was willing to put in the funds to fulfil these objectives and so I decided to return, as, to be honest, I was doing well in my role as Head Coach at the ICC Academy in Dubai, so there had to be something special on offer in the new assignment for me to consider this role.