"I feel that I have improved a lot as a cricketer since my comeback" : Sharjeel Khan

Whilst Sharjeel Khan made his debut for Pakistan in 2013, the aggressive left-handed opener shot to fame in the opening edition of the PSL where he scored 117 off 62 balls for Islamabad United against Peshawar Zalmi to take his side to the final where they beat Quetta Gladiators by 6 wickets. With 41 international appearances to his name, it appeared that he was heading towards establishing himself in the Pakistan Limited Overs side until he was found guilty of corrupt practices during the 2017 edition of the PSL, and banned for 5 years, 2 and a half of which were suspended. After serving his ban and offering an apology, Sharjeel returned to professional cricket to play for Karachi Kings in PSL 5 and has since been taking part in the 2020/21 domestic season.

In an exclusive interview with PakPassion.net, Sharjeel spoke about the tough time away from cricket during his ban, why the loss of Dean Jones was devastating for him, his aims to work on his fitness and to do well in the domestic season, his impressions of the changes made to the domestic structure and his goal of making an international comeback. 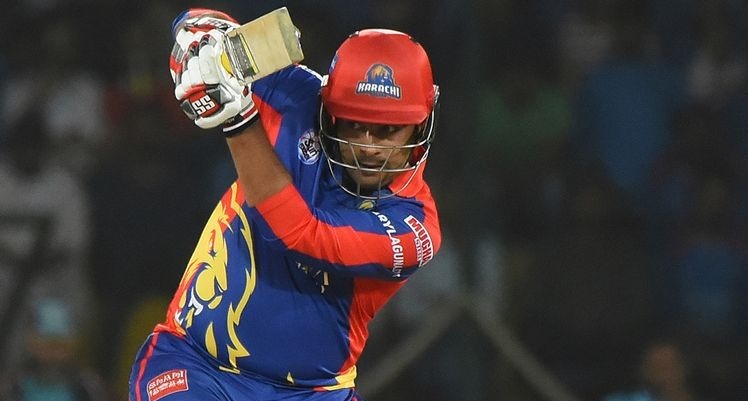 PakPassion.net: Looking back, how tough was the prospect of facing a 5-year ban from all cricket?

Sharjeel Khan: That was one of the toughest times of my life, but I don’t want to dwell on it any further. What I am thinking about and looking forward to is my future career. I have some plans for the future to take my cricket forward and to enjoy whatever time is left for me in the game. That is all I am looking at and the past is of no interest to me. There is no doubt about the fact that the time I was away from cricket was a very tough time not just for me but also for my family, but it’s over now and I am focussed on what is ahead of me rather than the past.

PakPassion.net: Did it bother you when Mohammad Hafeez publicly expressed his opposition to the return of banned cricketers?

Sharjeel Khan: Since my return to cricket when I played in PSL 5, my concentration and focus has been on ensuring that I put in good performances. I am not one to watch television or worry about what is said on social media, so I was not aware if something like this was said about me. Obviously, everyone has their own opinions and frankly speaking, all that does not bother me.

PakPassion.net: Were you accepted by other players when you returned to cricket during PSL 5?

Sharjeel Khan: I am very pleased to say that there was no problem of acceptance, and I was given a lot of encouragement and support by Karachi Kings. In particular Wasim Akram, the Late Dean Jones and our captain Imad Wasim, who I have been playing alongside since our Under-19 days, all went out of their way to support me. I was also very happy with my comeback on the field and pleased about the welcome I received from the whole Karachi team and the fans as well.

PakPassion.net: How difficult was it to make a comeback into professional cricket after not playing any games for a while?

Sharjeel Khan: To make a comeback at any stage of your career is always difficult. This can even be the case for players who have been playing regularly and find themselves excluded from the team for whatever reason, and then have to make a comeback to the side. But, in my case, I had a lot of trust and faith in my abilities and I knew that I had performed well in the past and had the skills to repeat those performances. I was also lucky to be able to get some good training time before the start of PSL 5 and that translated into good performances once the tournament started.

PakPassion.net: How difficult was it to deal with the loss of Dean Jones who was a great supporter for your return to cricket?

Sharjeel Khan: This was a loss not for just me but for the game of cricket as Dean Jones’ contributions to cricket were well-known and recognized as well. On a personal level, I saw first-hand the human side of Dean Jones and his kindness will be missed by all. My association with Deano goes back to the first edition of PSL when I was playing for Islamabad United and he was our coach at that time. He was a great admirer of my batting and I for one was lucky to have learnt a lot from him about batting and cricket in general. He gave me valuable advice about on-the-field and off-the-field matters and to me, Deano’s loss was a huge setback and as it obviously was for the game of cricket.

PakPassion.net: You seem to have had mixed fortunes with the bat after your return to the game?

Sharjeel Khan: Obviously, as this is my first year after my comeback so some ups and downs are expected. I don’t feel that my form is that bad but as always, there is always room for improvement. My performances in the Quaid-e-Azam trophy have given me a lot of confidence. My intention is to carry on doing well and continue to be amongst the top scoring openers in this tournament. At the moment, I have 634 runs in 7 games and am averaging over 48 in the Quaid-e-Azam Trophy and hopefully this run of good form will continue for me in the remainder of the tournament.

PakPassion.net: Have you had to make changes to your batting style in recent times or are you continuing with the old approach?

Sharjeel Khan: I have the same approach to my batting that I had before, which brought me success in international cricket as well. I have been playing with a positive intent in T20 games which is very satisfying for me. I suppose attacking cricket is a core part of my game and it’s in my nature and to play in a defensive mode is not possible for me. As a naturally aggressive stroke player, I have always played attacking cricket and will continue to do so. Of course, the absence from the professional game for three years does take its toll and it does take time to improve and get back into form. But I feel that I have improved a lot as a cricketer since my comeback at the beginning of the year and am feeling very comfortable whilst batting. So, things are looking good for me and I am looking forward to the Pakistan One-Day Cup and I hope to continue improving further in the future.

PakPassion.net: Is a lack of fitness a concern for you, given that you have resumed playing after a long gap?

Sharjeel Khan: That is true but let me also say that even during the time I wasn’t playing cricket, I would look for opportunities to train and maintain my fitness which is something I am still doing after my comeback. I have been given fitness plans by my domestic coaches and also by PSL staff and I am glad to say that I am following them to the letter, and my fitness is improving day by day.

PakPassion.net: How far is a return to international cricket for you?

Sharjeel Khan: Every professional cricketer hopes to play for his country, and I am no different. Having experienced the feeling of representing Pakistan, I can safely say that there is no other feeling that matches the pride of the moment when you step on the field for your country. Of course, it’s in my mind to do whatever I can to make a comeback for Pakistan but at this time, my focus is to do well in domestic cricket. If I can perform well in domestic cricket, then hopefully that will open doors for an international return at some point in the future.

PakPassion.net: Were you a little disappointed after being overlooked for Pakistan’s tour of New Zealand?

Sharjeel Khan: Absolutely not, as I was happy that I got a chance to play in domestic cricket which would allow me to regain my form, and to improve my fitness. To not be named in the touring squad for New Zealand was not a worry for me as I am convinced that with the Almighty’s help, I will have plenty of opportunities to play cricket in the future. My aim at the moment is to take things one step at a time, to perform well in domestic cricket and continue improving in all aspects of the game, and then make a comeback for Pakistan.

PakPassion.net: Given that you are 31 now, are you concerned that your international opportunities may be limited in future?

Sharjeel Khan: I am not in the habit of thinking too far ahead as immediate goals interest me more. In fact, I don’t even think about the past – it’s the present and what I can do now to help my career is what I think about. Yes I am 31 now and most importantly, I am enjoying my cricket with an eye to making a comeback to the Pakistan side. But for that to happen, I will need to perform exceptionally well in domestic cricket which is all I am focussed on doing.

PakPassion.net: What are your impressions of the new domestic structure introduced by the PCB?

Sharjeel Khan: This is my first season after the changes were made to the domestic structure and I am very impressed by this new environment. There is a feeling of a new energy being introduced in our cricket due to this, and I am feeling very excited to be part of this change. The fact that there are now just 6 teams involving top quality players means that the level of competition is that much higher and it’s a challenging environment. Above all, we are all enjoying this type of cricket and most importantly, a lot of highly talented youngsters have also emerged. The quality of competition is far superior to what it was and I am sure the matches are very exciting for all those who are following the Quaid-e-Azam Trophy this year.

PakPassion.net: Whilst you don’t want to think too far ahead, what are your short-term goals?

Sharjeel Khan: At the moment, I am looking to continue performing well in the remaining games of the Quaid-e-Azam Trophy and after that I am aiming to do my best in the Pakistan One-Day Cup. Once these tournaments are over, my attention will turn to next year’s PSL and to do my best in that competition as well. Of course, the two T20 World Cups in 2021 and 2022 are also on my horizon and my performances in the PSL will hopefully go a long way in putting me in contention for these tournaments.