"My dream is to play for Pakistan for many years" : Fakhar Zaman

Born in Mardan, twenty-six year old Fakhar Zaman was first introduced to cricket ten years ago when he joined the Pakistan Navy and subsequently the Navy cricket team. He followed this by breaking into the Karachi Regional side before making his first class debut for Karachi Blues in 2013. He has since made a stellar start to his domestic career, averaging over forty in four-day cricket. His greater success though has come in List A games where his outstanding fifty-three runs per innings have come at a strike rate of ninety-three. This, combined with his success in Twenty20 cricket, have meant that he is knocking on the door of the selectors for a place in Pakistan's struggling limited overs sides.
A fan of Adam Gilchrist, the attacking left-hander played a starring role in Pakistan A's series victory over England Lions in January 2016, and he recently hit 153* off 68 balls in the ongoing Peshawar Zalmi's 'Kaun Bane Ga KPK Ka Champion' Twenty20 tournament, proving that he could be the solution to Pakistan's woes at the top of the order.
In an exclusive interview with PakPassion.net, Fakhar spoke about his excellent progress in domestic cricket, the experience of playing alongside Younis Khan, disappointment of not being picked for the lucrative Pakistan Super League (PSL) and his aspirations for a place in the Pakistan side. 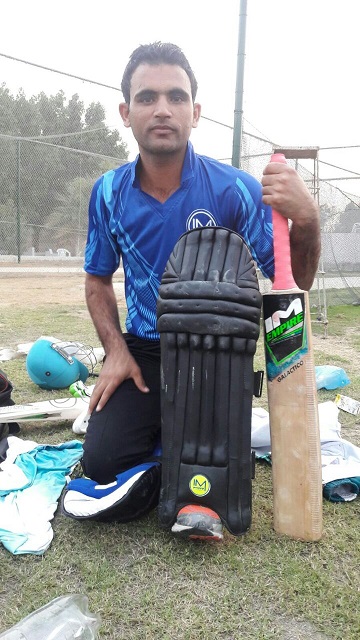