"We need to start growing our cricket like an industrial sector" : Javed Afridi, CEO Haier (Pakistan)

CEO of Haier Pakistan, Javed Afridi has featured prominently in cricket circles in recent months thanks to the success of his Peshawar Zalmi franchise in the inaugural Pakistan Super League (PSL). His organisation also sponsored the recently concluded Pakistan Cup, and Afridi has been vocal in his support for the growth of cricket all over Pakistan.
In an exclusive interview with PakPassion.Net, Afridi spoke about his interest in Pakistan cricket, the achievements of the Peshawar Zalmi franchise, his plans for the future of the Pakistan Super League, and his push for Darren Sammy's potential honorary Pakistani citizenship. 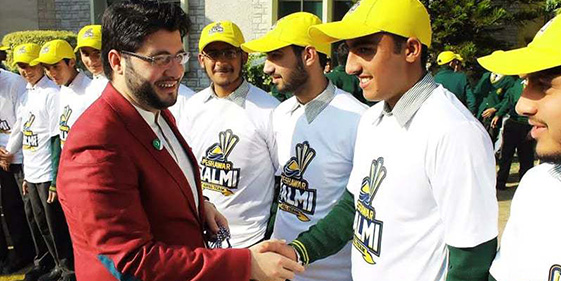