"Wasim Akram was phenomenal in the advice he gave to all of us at the PSL" : Amad Butt

A rising star in Pakistan cricket, 21-year-old Amad Butt is a right-arm fast-bowler from Sialkot who shone for the Punjab side during the recently concluded Pakistan Cup. His nine wickets at an average of twenty-one played a huge role in Punjab's run to the final where he continued his good form by taking three for fifty-five, including the key wicket of Younis Khan.

Amad's impressive performances earned him a well deserved place in the recently announced Pakistan A training camp, and in an exclusive interview with PakPassion.net, he spoke about the experience of participating in the Pakistan Super League (PSL) and Pakistan Cup, his cricketing role models, and the importance of education for young cricketers. 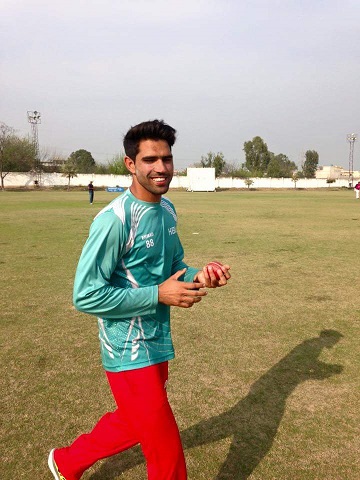